Online passes and one angry gamer

So, you go into your local store to pick up the latest game, dipping in and paying full price, brand new on release. You get all the way home, pop your newly acquired purchase into your console, looking forward to enjoying everything the game has to offer. Just as you are about to jump online with your friends to blow people up in multiplayer madness, you see the lovely words “To play this portion of the game you must pay a subscription”. Ok, so that’s embellishing on what rarely happens at the moment, but this is something that could be something we face in the future.

Not only will we have to pay for our Xbox live membership or our PSN+ (if it ever comes back up… just saying), but it looks like we will also have to pay an online subscription to play the full features of the games we are purchasing. Last year we had to deal with publishers forcing us to get games brand new to unlock all features or face paying extra. This year it seems they may be taking that one step further.

The word isn’t official yet, but the rumours are already flying about that EA will be introducing subscriptions for online play. This is, of course, worrying a lot of gamers around the world. It’s bad enough that we have to pay for the internet, we then have to pay for our online play (depending on your console) but now there are a group of people who want to make you pay for a subscription just so you can use all the features. Thankfully, if this does ring true, you won’t have to pay a new subscription for every game, just that you will have to pay more money to the publishers just to get all the features for that company’s games, but still, isn’t paying the entry fee enough to get all our content from the start?

For years publishers have been annoyed about second-hand games, thanks to them not receiving any revenue from that area of the market. Gamers resort to the second-hand market to get games they’ve missed months after release and purchasing the same game second-hand is a good way to save yourself money on a game that might not be completely AAA. Not a crime is it? Yet, to a lot of the publishers out there, it seems that being frugal is! 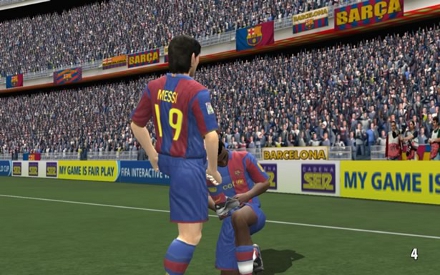 EA want us to bow to them!

I personally don’t mind using the second-hand market; these games are better off being used by someone instead of being sat wasted on a shelf, or worse; going in the bin. I would even go as far as to say that by doing so I’m actually performing a kind of recycling. In fact, some of the best games in my collection I have purchased for as little as a couple of pounds thanks to the second-hand market. We’re in a strange economic climate, at present, and sometimes we have to pinch the penny a little and hold off on the brand new releases. The point I’m trying to make, as Andy has alluded to in the past, is that the end users shouldn’t be punished just because they pick the game up in a completely legal fashion. It’s not our fault that the publisher hasn’t received any money for it. Technically the first person who bought it already gave them that privilege.

In the not so distant past this hasn’t been a problem, or if it has then the companies have taken their time to tell us about it. It’s bad enough that now if we want to play online features of certain games, we have to put in a code that’s included in the box or face paying extra money just to get all the benefits. A majority of the games published by EA require you to use an online pass or face only have limited online functionality and only for a certain amount of time, and this helps them reclaim some of the funds that they lose from when your local second-hand store sells your old games on. Companies like GAME or Gamestop make 100% profit on second-hand games. The publishers gets nothing and they don’t like it.

These stores often buy the games in at a low price and sell them on, sometimes making double or triple the amount that they paid. Have you ever noticed when you go into some shops that the price for the new version of the game could be as little as £19.99 yet the second-hand version is considerably higher and never goes down. This is because the second-hand game can’t be reduced or they make very little profit if any at all. This is the publishers enticing you to get the game new to gain the money that they feel they deserve. They get less profit but you still pay them, the store receives even less of the profit share. 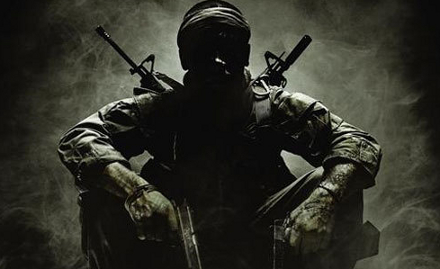 Sat in the dark. Presumably because all his money went on online passes.

I do get what they are trying to do. Hell, I agree that they should get more money for all the work they do in making the games we love; I just think they are going about it the wrong way. If you go to a shop and get a second-hand DVD do you hear the people in Hollywood complaining about it? They couldn’t really care less. They know that the majority of the money they make is from the cinema, placement advertising within the film, distribution licences, and they even make money from places like Blockbuster Video that pay for the right to allow people to rent the films.

They couldn’t care less about a disk that’s cost them nothing; they are already millions of pounds up and still making profit from licensing and merchandising. If you go to a charity shop and buy a second-hand Henleys top, do you hear them complaining that they made nothing on the product? Do you see them knocking on your door and asking for extra money just so you can wear it? I have studied different areas of business in the past, I have even had my own company and one thing I knew more than anything is to gain customers and to get them to come back, you have to give them something in return. There are several solutions around any problem, but I honestly think that they are taking it out on the wrong people. 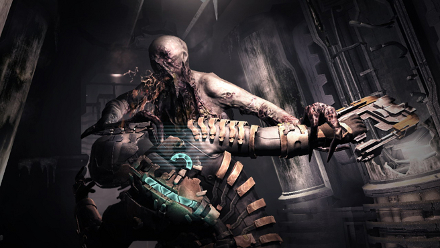 "Want to fight me online bub? Pay up!"

If I buy a game, granted I get a lot for free (perks of the job), I will get another game from the same company if I liked the first. I bought Dead Space several weeks ago, I hated the game when I first played it after our very own Andy lent me it. I had decided to pick it up for £5 bargain. What did that do? I bought Dead Space 2 new for full price on release. The game has multiplayer functions and I got a pass, although I have yet to try them. I paid for all the features on the disk so I expect to use them.

When you rent a game or a movie, the place you rent it from pays for a licence so that they can lend you the game. I think that a licence fee is the right way to go but they are charging the wrong people. Paying £40 a year for online play but then having to pay another £25 per year on top of that just to play a certain publishers games to its full capabilities is a lot of money. If one can do it then all can do it. Soon that £65 will turn into £100 or maybe even more. When other companies try to cash in on this same system (Activision have been wanting to with CoD for years!), soon we wont be able to afford to buy new games.

I really hope that they don’t take this further; that they do something to benefit their customers and not punish them. Prices of everything are already rising once again and this is yet more cost in an already expensive hobby. I want the publishers to work with us, not against us. It costs nothing it hear a voice, mine is one of many. I hope you all add yours to this too.