UK eSports, a matter of time or too much to ask for?

“eSports” is a word thrown around a lot these days in the gaming industry, especially over in America. However, the word eSports is very rarely used here in the UK, and when it is, it is only really heard when someone asks “When is eSports coming to the UK?”. It was a promising sign that in October 2008, the UKeSA (or United Kingdom eSports Association), was founded because it was a beacon of hope for gamers across the country that competitive gaming was really about to pick up in the UK. Flash forward to January 2011 to Kiev, for the Intel Extreme Masters European championships, where across three different games, only one player of thirty-six was from the UK. Surely there must be a reason other than that everyone else is better at video games than us?

I believe the reason that Professional Gaming hasn’t really taken off in this country is because we don’t nurture gaming in the way that other countries do. South Korea is notably famous for embracing Blizzard’s 1998 Real Time Strategy behemoth Starcraft, honouring it as a true spectator sport, where Starcraft is shown on television regularly, having its own network to stream professional Starcraft games. Likewise, America is possibly responsible for the largest number of gamers on the planet, and institutions like Major League Gaming have helped to inject professional gaming in to everyday life, making it accessible to regular gamers through simple ideas such as MLG playlists in Halo 3.

Gaming in America has an air of glamour about it, where events such as PAX East and E3 showcase all that gaming has to offer. Meanwhile, here in the UK, there is little glamour, save from the Eurogamer Expo, or MCM expo in London, and both of these events are scarcely publicized to most gamers, taking place within a month of each other. I whole heartedly support both events, and really wish that more events were set up in the UK for gamers. With a Starcraft 2 tournament just announced for the Gadget Show live, with a prize pool of £5,000, as well as Game announcing an event they are setting up, it definitely seems like we’re finally starting to catch up with America on the events side of things. 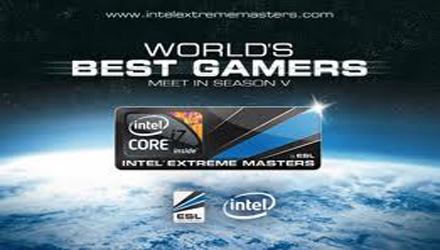 Showcasing the Worlds Best Gamers, but where were the British?

While these are small reasons for the big gap between UK and international professional gaming, I believe the biggest reason is the lack of social acceptance for video games in the media, the eyes of parents and the general public. Gaming has undoubtedly affected the life of just about every teenager and young adult in the UK, but it seems this technological shift in childhood activities is still hugely misunderstood. Gaming is very much so still a taboo subject with most adults in the UK, with the general consensus being that video games are just a way of wasting time, and wasting your life away.

When you take in to account the skill, concentration and dedication required to play video games such as Starcraft or Counter-strike at a professional level, can you really argue that it is a waste of time to hone a skill that you are good at? If an “Ask Me Anything” thread from professional Starcraft 2 player Destiny, in which he claims he makes $3.5k from advertising revenue on his live stream alone is anything to go by, then it seems that if you’re that good at a game, the internet has made it possible to earn a lot of money from it.

In order for competitive gaming to grow in the UK, we gamers need to pick up the banner and run with it ourselves. We need to look to the communities of games and other countries for inspiration. Notable gaming personalities such as Day[9] and Huskystarcraft need to be looked to as sources of inspiration for UK gamers to really increase the prominence of British players in competitive tournaments, and make our presence felt in the gaming community as a whole. To bring e-Sports to the UK, we need to start at a grass-roots level and really work hard to show the gaming world that we deserve this. In the UK, we make brilliant, award-winning games such as the Fable series and Batman: Arkham Asylum; there is no reason why we don’t deserve to be winning World Championships as well.