Gears of War: Judgement dates? Not!

After Epic’s big announcement of the new Gears of War game – Gears of War: Judgement, I have been very eager to find out more details about it and its eventual release; as I imagine a lot of you have been. Other than the trailer, developer info and discussion of game play, however, there hasn’t been much else to talk about. Neither Epic or Microsoft have spoken about official dates for the title, and details of the story are vague. However, an ‘estimated’ date from ShopTo has garnered the prequel a lot more attention.

Not only are ShopTo taking pre-orders for the game; they are even touting a release date of the 8th of February 2013! Suspicious as I am of finding out this sort of information from an online store, it sounded a little early to me, but I was happy none-the-less to know when I would need to keep some cash aside for my pre-order. 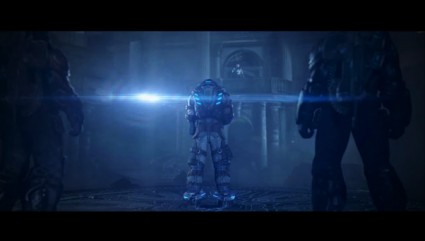 So embarrassed about the phony release date, he can't even look at you

However, all was too good to be true, and the initial release date stated on the ShopTo website was just an ‘estimate’. MCV reported that a representative of the retailer had come out and advised that this was not an exact release date; In fact, you might say that it was a complete guess. As much as this is a typical case of a site trying to garner itself some attention, I am little disappointed that this was an estimation.

The practice of attaching dates to releases where there is absolutely no truth to it, as I said, is not uncommon. Yet, it’s still misleading and ill-considerate. It also comes across as a desperate attempt for the offending site to get some attention.

What surprises me most of all is that ShopTo have not removed the supposed ‘estimate’ from the games page on the site. After admitting their dishonesty, you would have thought they’d remove the erroneous information. That said, just in case they do remove it, here is a link to a picture of the page.

Much like the release date, Judgement mostly remains a mystery. We do know that it will focus on the early years of Baird and Cole prior to Gears of War 1, feature an entirely new class-based multiplayer mode entitled Overrun, and will not feature any kind of Kinect support. We also know that it will be the last Gears of War game on Xbox 360, and not be written by Gears 3 scribe, and non-book reader, Karen Traviss. Instead, Extra Life authors, Tom Bissell and Rob Auten will be out to prove the pen is mightier than the Lancer.

Illegitimate release dates aside, you can bet TIMJ has you covered for all forthcoming Judgement news.