As the famous saying goes, “There are three certainties in life: death, taxes, and a new Assassin’s Creed game every year.” At least, that’s how the saying could have gone, until Ubisoft decided to outdo themselves and launch two Assassin’s Creed games on the same day at the tail end of 2014.

With the world and his wife harping on about Ubisoft’s new-gen offering and those screenshots, it was easy to forget our reliable last-gen consoles were also ready to take us back to the sprawling world Ubisoft have carved out, and for the very last time.

Assassin’s Creed: Rogue tells the story of Shay Patrick Cormac, a disillusioned Irish recruit to the Brotherhood of Assassins. Shay is one of the more developed characters the series has offered us, and seems to question his orders. Where other protagonists have been on the verge of acting as puppets pulled by the strings of their superiors, Shay actually seems to think about the wider consequences of his actions. Giving us the “rogue” element of the game, Shay decides to leave the Brotherhood and become a Templar. 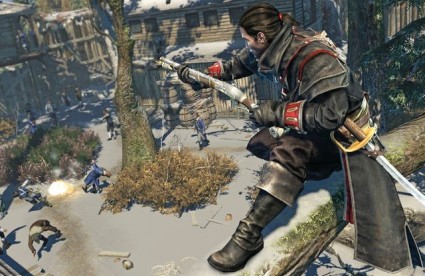 Assassin’s Creed: Rogue follows Shay as he joins the Templars

Pacing in the game seems to be an issue, with the first third of the game playing out with Shay as an assassin. Knowing that the plot of the game is that Shay turns on his brothers and joins the opposition, it can feel more of a question of when, rather than how or why. When eventually Shay makes the switch, the game is more of the same as we have come to expect from Assassin’s Creed games. There are the formulaic “get to place x, to kill person y” missions tied in with the sailing element which has proved popular since Assassin’s Creed III. It appears that becoming a Templar doesn’t enrich the game at all, except to make the overall story of the game differ slightly.

Sailing isn’t a feature of Assassin’s Creed that I’ve enjoyed so far, but braced with the open seas, you can begin to see the beauty in it. The trouble lies with naval battles, which feel awkward and clunky. I managed to make my way through such battles more by luck than judgement. If, like me, you don’t like this element of the game, you’re out of luck, as there seems to be an over-abundance of sailing, with the story jumping from location to location abruptly, seemingly just so that there’s an excuse to sail somewhere. 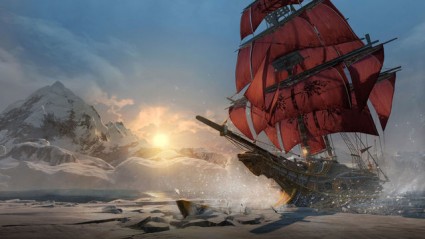 Sailing in Rogue is monotonous and can drag on

Whilst the storyline of Rogue is compelling and engaging, and offers something different to where previous Assassin’s Creed games have gone, it falls down in its delivery. The voice acting throughout the game is incredibly wooden, with questionable performances from lead characters, notably Shay himself. Shay’s Irish accent is so bad in places it borders on painful, despite the voice having been done by an Irish actor. It’s in this respect the game lets itself down, as you begin to see the comedy in the errors, and it takes you out of the overall experience.

Mechanically, Shay feels a little easier to control than his previous Assassin’s Creed counterparts, with more precision in attacking. You can still win battles through not defending (I’m an all-or-nothing kind of person when it comes to fighting), though it is harder. The ever expanding arsenal of weapons take some getting used to, and it can be difficult to navigate from one weapon to another in a hurry.

There’s not much motivation in Rogue to go the extra mile. When exploring, the world can feel a little over-large, with the sprawling map imposing on you. Try to hunt, for example, and you can go for ages without actually seeing an animal, all the while falling deeper and deeper into the unknown islands the world has to offer. The optional extras in the game feel just that: optional. There’s no clear indication as to why these things would benefit you, and you can manage well enough without having to upgrade Shay’s ship or weapons. A tactical mini-game found in the captain’s quarters of the ship, where you can send your own fleets off to ports across the world, is an entertaining distraction from the main story but bears no real consequence on your progress.

As you do delve deeper in the world of Rogue, there’s no doubting it’s a beautiful one. It just simply doesn’t do enough to reward you for exploring the world that has been created, and as you power through missions to see what you can do differently when you’re a Templar (apparently nothing), you’ll find that other than seeing some brilliant graphics, you’re really not missing out on much else. 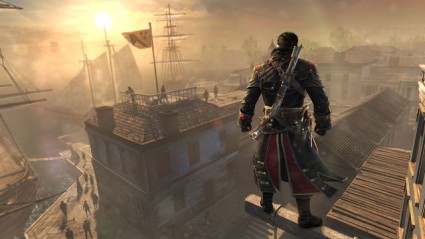 For all its faults, the world of Assassin’s Creed: Rogue is a beautiful one

Whilst Rogue may not live up to other entries in the Assassin’s Creed series, it’s by no means the weakest entry. Die-hard fans of the series will get plenty out of the experience, as it adds enough to the lore of the series as a whole to make it worth playing. Casual fans may struggle to be rewarded with the same depth, but with a relatively short campaign and enough improvements to mechanics, it is worth playing even just to pique your interest for a time.