3DS price drop: Insightful or idiotic? A view from an early adopter.

As you may be well aware, Nintendo have today reduced the price of the 3DS, on the 12th of August 2011. Demand simply hadn’t met Nintendo’s expectations, so in response they dropped the RRP by a hefty third, a mere five months after release. I recently outlined the likely reasons for the disappointing sales of the 3DS so far, but are Nintendo making the right move? Are they in trouble? Last but not least, have we early adopters got the short end of the stick?

Price has always been a key issue for gamers; obviously we demand quality as well, but sadly the majority of us can’t afford to splurge our entire income on video-gaming. Other less entertaining expenses always rear their ugly heads, like rent, bills and food. It’s no wonder, then, that the price-tag of £230 for the 3DS bordered on insulting for some. After all, these days you could pick up any of the current home consoles for considerably less than that. Especially the Wii; for that sum I could practically buy enough of those second-hand for every room in my house. 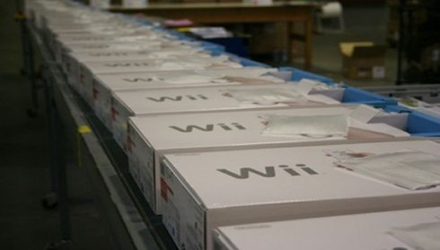 Approximately how many Wiis that can be obtained for the original price of one 3DS, give or take.

Unofficial price drops from competitive retailers helped to lessen the blow, bringing the console down to as little as £150. Nintendo have stepped in, however, officially lowering the RRP worldwide. Already we’ve had supermarkets offering the 3DS for between £115 and £120, and I wouldn’t be surprised if it reaches £100 before too long. This goes against Nintendo’s usual strategy of making profit on the console itself, and resorts to taking a loss in order to drum up interest, hopefully making money on the software.

Will it work? I don’t see why not. After the substantial £230 price point, consumers will see this as an absolute bargain. Upcoming releases of classic Nintendo franchises such as Mario/Mario Kart, Zelda and Star Fox will also entice more punters to the system. Inevitably, some will wait until the first hardware revision, or until the games library is particularly extensive, but overall I believe this price reduction will give the 3DS the kickstart it desperately needs. 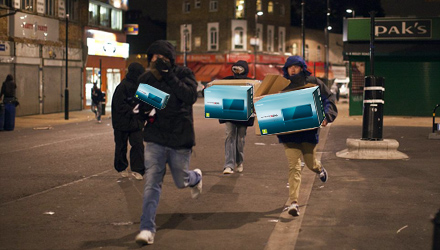 At these prices, it's an absolute steal.

So where does that leave us loyal fans who coughed up twice its current price on release day, only five months ago? Thankfully, Nintendo have generously rewarded us with twenty free games, as part of their ‘Ambassador Programme’. As long as you’ve connected to the eStore before the 12th of August, from September 1st you’ll get access to ten free NES games, and you will still have ten free Game Boy Advance games to look forward to, later in the year. Oddly, Nintendo have stated that they currently have no plans to bring the GBA titles to paying customers, which seems strange after going to all the effort of porting them over.

I still can’t help but feel a tad miffed, but early adoption of technology is always a risky endeavour, with the lone benefit being a warm fuzzy feeling that comes with owning the latest gadget before the majority. Nintendo’s generosity certainly can’t and shouldn’t be faulted, as they could have easily disregarded our loyalty (and probably incurred the wrath of pitchfork-wielding nerds in doing so).