New 3DS potential is in a better 3DS experience, not a new generation of games

Someone asked me recently why I loved my PS4 so much. With my answer, I spent more time talking about how much better the user experience is rather than how great the games looked or played compared to PS3. I can go back and play PS3 games without a problem, but the menu navigation, loading times and the controller are what make it difficult. In contrast, on the PS4 everything runs faster, smoother, the controller is more comfortable, and it’s so easy to share screenshots and video that I can’t remember what it was like to not have those features.

This is the type of improvement I expect when comparing the ‘New’ 3DS to the ‘old’ one. I don’t expect a next-generation leap in graphics but I do expect a better overall user experience.

The DSi added a lot to the DS by introducing cameras, a SD card slot, the DSi Shop, a faster processor, and more RAM. The ‘New’ 3DS seems to be the new ‘i’ model.

I see a lot of potential in improving the menu system. Imagine a quick start-up, faster transition to and from the home screen, and the ability to run apps in the background. I would love to boot up the Mii Plaza while playing Pokémon Alpha Sapphire without having to close save and close the game. Maybe being able to switch between any two games or apps without closing the apps will be possible now. More than 10 StreetPass tags at a time would also be great. 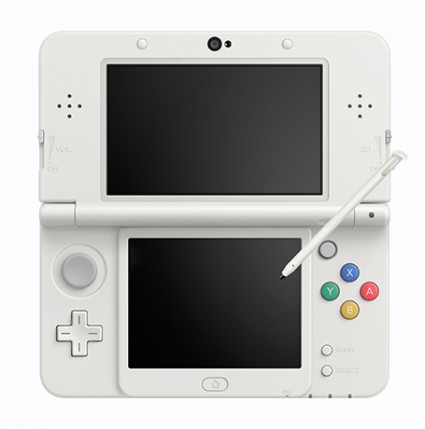 I’m also hoping for small improvements in some flagship games, similar to what happened with Game Boy games that had a color mode on the Game Boy Color. If Smash Bros. 3DS and Bravely Second look or play better on the New 3DS it’ll be worth the upgrade to me.

One thing we don’t have to speculate is that having the Circle Pad Pro and NFC adapter built into the console will lead to an improved user experience, just because we don’t have to deal with extra attachments, and while I’m very skeptical about the size and position of the new C-Stick but I’m glad it’s there. The C-Stick on the GameCube controller seemed weird but it worked out great, right? I’m trusting Nintendo on this one.

As for the quality of the games, I don’t expect a huge leap here. Although we know at least one game (Xenoblade Chronicles) requires the new hardware, I don’t expect too many games to do that at first. I also don’t expect Xenoblade Chronicles to look significantly better than anything currently on the handheld but it makes sense that the extra hardware can make for a much better gameplay experience. Maybe it will feel like the Wii game but look like a 3DS game, and that’s fine by me.

It’s been three years since the release of the 3DS and I’m still very happy with it, but three years is a long time in the world of electronic technology so I’m excited to see how much better my 3DS experience can be, while still being the 3DS I know and love.