Despite actually knowing very little about the next generation of consoles, countless gaming websites and people on the internet have been very busy getting themselves all outraged over what could be nothing at all.

I like to think that gamers are a little more level-headed than the average Daily Mail reader that soaks up half-truths or worst case scenarios printed as factual stories. Yet a look at most websites shows members of the gaming community getting over-excited and falling out with each other, but about what exactly?We all know the headlines by heart now: “Sony and Microsoft have filed patents to prevent using second-hand games shocker!”, “The next Xbox will require an always-on internet connection outrage!”, “Next-Gen won’t be backwards compatible”, or the less subtle, “The launch titles are shit”.

Reporting the facts with a degree of balance seems to have been replaced by just making sure you are the first to report a rumour with a quick catchy headline to capture people’s imagination (or even fear), to get quick easy hits. Though once everyone has calmed down and taken a step back after reading the latest doom and gloom story, it’s clear to see that what we actually have is absolutely nothing.

One guy sits in a dimly-lit room on his laptop armed with speculation and opinion, a few tweets later and everyone is suitably outraged. Usually I simply utter the words “Meh” and move on, but after a recent headline claiming that launch titles for the next Microsoft console spelled disaster for the big release, I felt compelled to comment.

Everyone loves to look at the past through rose-tinted glasses and shit-tinted goggles for future products, but this should not be the case; let’s take a look at the launch titles for the Xbox 360. 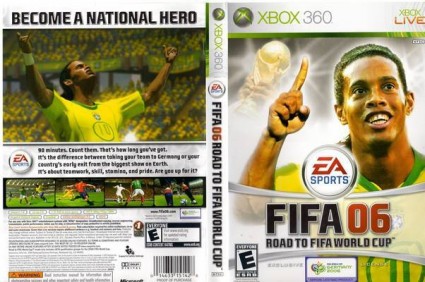 This is the point where the Sony fanboys scoff and point the finger of ridicule, but a quick trip down memory lane reveals a launch title list that contained Call of Duty 3, Madden NFL 07, NBA 2K7, NHL 2K7, Ridge Racer 7, Tiger Woods PGA Tour 07, and Tony Hawk’s Project 8. Do you notice any similarities?

Sadly it seems that the masses have been buying repackaged versions of the same games for a whole generation of gaming. The biggest problem is that we keep buying this stuff. Try and imagine for a few moments that you run your own software publishing company; if this was your money, would you invest on something new and innovative that was exciting but would make a massive loss if it received a few dodgy early reviews, or would you sink your cash into something that would guarantee millions of units would fly off the shelves, even if it wasn’t very good?

Like it or not, this is a simple business decision. If you have a nice shiny console on the horizon, the average CEO would simply ask for a list of the top-selling games for the last 12 months and say, “I want these games to be bigger, better and sexier, but on our new console”. Job done!

The truth is that the good stuff takes a little time to arrive. It’s not until developers have had a significant amount of time with the code that they can then create something special and push a few boundaries.

Maybe we could all learn from the old quote “believe none of what you hear and half of what you see”, before getting our knickers in a twist and find ourselves hitting the retweet button with gusto. Maybe ask yourself if you really want to feed the numerous trolls on the internet with the attention that they crave.

Ultimately we need to remember that good things are on the horizon. Exercise a little restraint and stop getting excited about every cheap headline.