Microsoft has found out, in a really rather painful way, that nothing remains a secret for long. In the day and age of mobile-phone cameras and anonymity on the internet, it only takes one person to spill the beans on a forum for ‘Top Secret’ to turn into ‘Common Knowledge’.

Before you know it, the world knows it. Dev-kits codenamed Durango, ‘always-on’ requirements, not able to play second-hand games. The amount of rumours for Microsoft’s new console grows by the day, and I’m finding it hard to keep up with. Yet, the one thing that’s easy to track is Microsoft’s stance on the whole thing. “No comment.”

In years past, where careful planning and preparation for an announcement meant something, this was all well and good.

In previous console cycles you’d have to announce your product to everyone at big events to guarantee blanket coverage. Got a game to show? Save it for E3 because then you know people will be paying attention. New console? Well, that’ll have to be shown at Tokyo Game Show, doing it any other time would just be messy.

That’s all in the past. The days of niche magazines supplying news to gamers once a month is over. We’re living in a world where everyone’s a blogger (EVEN ME!) and we’re connected to news about video games 24/7. It’s global, it’s non-stop and it’s ever-present. Did you know that you’re never more than 20 metres away from a ‘Games Journalist’? It’s true. 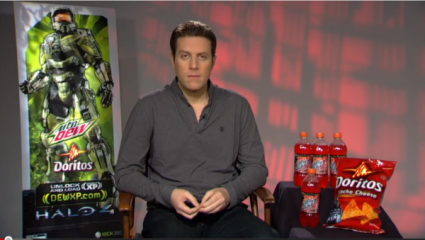 Not all journalists are this easy to spot…

This means that the number of ‘industry insiders’ has grown exponentially. There are now more people with ‘connections’ to studios, more events to attend and more ways to spread news than ever. If it’s not news, then it’s rumours and opinions, but they get gobbled up just as fast.

It’s no longer a close-knit circle of people that control what we’re told in ‘games media’. The idea of control is, in fact, laughable at this point.

There is no control. When was the last time you were genuinely surprised by an announcement? You know, a proper announcement? IGN’s big Assassin’s Creed 4 deal? Nope, saw pictures of that on Reddit. A new piece of COD DLC? Nope, that was tweeted weeks ago…

In fact, some leaks are so convenient and are so thorough, it’s hard not to think that many are orchestrated. If you can’t beat them, join them, right? If you’re not going to join in on the ‘leak’ phenomenon, at least make allowances for it.

Because it’s not always people with ill intent spilling the beans. Some of the biggest mistakes come from within.

Adventure Time fans are enjoying this image right now. Are you?

The latest has appeared in the form of Adam Orth who was talking about having an ‘always-online’ requirement for the latest Microsoft console. Why is this a problem? Well, Adam’s a Creative Director at Microsoft Studios and he also decided to use Twitter as his outlet.

The biggest problem I have with this isn’t the use of ‘Deal With It’ hashtags or jokes between friends about not living in a rural area where crappy internet connections occur. My problem is this;

“We are aware of the comments made by an employee on Twitter. This person is not a spokesperson for Microsoft, and his personal views are not reflective of those of the company.  We have not made any announcements about our product roadmap, and have no further comment on this matter.”

We are at a point, Microsoft, where the phrase “We have not made any announcments” sums up the next-gen policy as a whole. 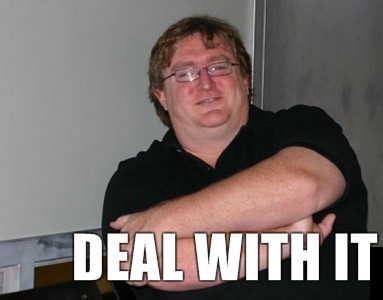 Valve have a pretty bad record of communication. They also don’t have ridiculous rumours destroying their next big project.

The rumours are now so loud and so widespread that when Microsoft do eventually come out and comment, it’ll be too late.

Already, people have made up their minds and are treating hearsay as truth.

I’m not saying it’s always right to bend to the whims of bean-spillers. I understand that announcement plans are well laid out and have been made with best intentions at heart (read: maximise profit potential).

What I am saying is that these large companies need to roll with the punches and go with the flow. When rumours become so wide-spread and accepted, it’s time to step in. You can’t simply put your fingers in your ears or tell everyone to look forward to an event that’s months away and will ‘answer our questions’.

It’s not often that I can hold EA up as an example of good practice, but in a day where Peter Moore posted a blog and addressed some issues, actually spoke to the customer, it’s hard not to say he’s done the right thing. Whether I believe everything he writes (I don’t) isn’t the point. The point is they’re trying to communicate to the fans whilst Microsoft are ignoring them. 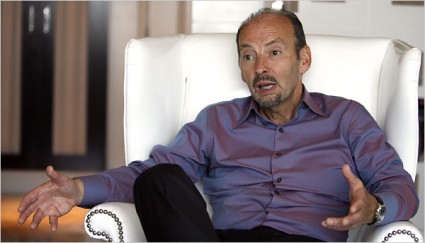 You have 10 seconds to convince me that Ea isn’t the worst company in the world. Go!

If Microsoft continue to ignore us, their title of ‘arrogant‘ will be well earned. When a customer’s excitement and eagerness to know more about a future product is treated like an inconvenience to a marketing campaign, it won’t just be the company’s image that’ll be damaged.

It’ll be their end of year profits, their share price and their sales figures.