Since “that” big announcement from GAME last week, internet forums across the land have been full of gamers saying “I told you so”. The general opinion appeared to be that the struggling group and its chain of stores were ultimately responsible for their own demise.

For years publishers have watched on helplessly as high street stores sold second-hand games for £30 without seeing a penny, and maybe the final straw was when cunning GAME bosses allegedly ordered their own staff to buy the Nintendo 3DS on launch for £175 to sell in their own store for £219.99.

However MCV pointed out that GAME and Gamestation accounted for nearly 50% of the Vita’s launch-week sales and warned their readers not to write them off just yet. This proves to some degree how important the high street chain still is to gaming.

Ironically, though, on the GAME website they proudly show a tag cloud containing the most searched games on their website, but several of the titles near the top of the list, which include the now infamous Mass Effect 3, will not be available for punters to buy at any of their stores.

Just when you thought things couldn’t get any worse, Capcom announced the following:

“Unfortunately Capcom must confirm that Street Fighter x Tekken for PlayStation 3 and Xbox 360 and Asura’s Wrath, both scheduled for release on Friday March 9, will not be stocked by GAME or Gamestation either in their retail outlets or on their online stores operating in the UK and Ireland.”

The harsh reality of all this, is that the biggest gaming stores on the high street will be unable to stock future titles from Ubisoft, EA, Nintendo, and now Capcom. This is simply not sustainable for any company, never mind one that is £200 million in debt and have lost their credit insurance, so it would be fair to assume a very messy breakup of the GAME Group will be imminent.

The only question that needs answering is who will actually announce game over? The bosses or the banks? I would imagine that anyone with a sensible head on their shoulders would be foolish to even contemplate buying the brand that is GAME; I fear that the business, banks, employees and gamers will all be losers.

EA have eventually replied with a brief statement on the saga saying:

“It’s unfortunate that GAME is having challenges with its suppliers, however consumers have many alternatives both in-store and online. Our first priority is to inform our consumers of the many other retailers carrying our games. We don’t anticipate any delay in getting our titles to market.”

This was followed by links to many stores that are selling the game, but they neglected to say that the majority of stores listed were already sold out, turning this whole episode into one big fiasco. 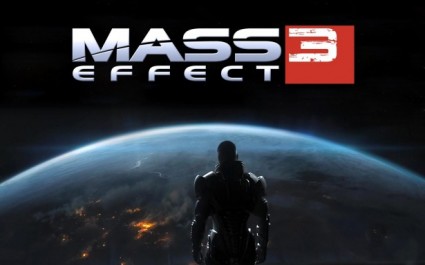 Will Mass Effect 3 be remembered for the wrong reasons?

I am a long-standing critic of GAME, but I don’t see why publishers should be sitting pretty, looking holy than thou in these difficult times either. Before Activision were everyone’s favourite villains of the gaming world, EA held the title successfully for some time with their greedy ways, with regular situations where there were three FIFA games in twelve months that were essentially the same game. Somehow, they managed to redeem themselves over the years, but I can’t help but wonder if they too are drifting back to their old ways.

If you are lucky enough to pick up Mass Effect 3 on release day for £40, you will also be able to purchase premium DLC. This DLC has managed to piss off the entire gaming community, as they quickly realised that maybe they are buying an incomplete game. Visions arises that somewhere, there is a man stroking a cat laughing in a disturbing way but at their expense.

Even if we are to believe that the game was locked down, and that the hundreds of people working on the game simply got started on the DLC early, it doesn’t take a genius that this would ultimately cause bad publicity. Would it really have hurt to release it after two-three months and save the negative stories about your product?

Tempers are already running high with the disaster that is EA Origins, which appears to be a desperate attempt to copy the Stream Community. Do you really need yet another gaming account to store your credit card details on? Especially considering that Anonymous is everyone and everywhere.

In EA’s defence, PC gamers are a volatile group at the best of times. They often feel that they are neglected, but equally ready to complain when a company tries to offer something different. In this instance, though, you cannot help but feel it’s all about the money (I fight the urge to start singing). EA have essentially taken their games from Steam so they can sell them on Origin, but without offering anything different from their rivals other than inflated prices. 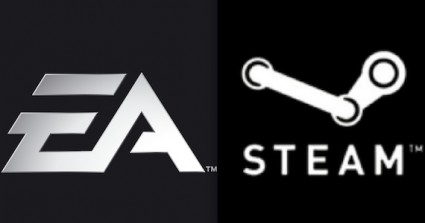 Although we could be forgiven for thinking that the outlook for gamers is generally quite grim at the moment, for every hard luck story there is a very positive one too. On this occasion I am, of course, talking about the online store ShopTo.

They have been steadily building a reputation over the last few years with new games at very reasonable prices, and tt seems this could be the time that they step up to the challenge of becoming a major player for the UK games market. They’ve begun a massive TV advertising promotion, not to mention a two-month promotional campaign on the London Underground, in what must be perfectly timed from a marketing prospective, considering the imminent demise of the UK’s biggest gaming stores.

Since the dawn of time, there have been good guys and bad guys, winners and losers. The only thing that remains constant is that magic word; change. Fasten your seat belts, because I got a feeling that things are about to get a lot more interesting.