The Team Bondi and Rockstar fallout

As many of you may know, the relationship between Rockstar and the Australian developer Team Bondi now seems to be damaged beyond repair.

It seems, ironically, that life imitated art when it was revealed that the people in charge of creating L.A. Noire (the biggest game development project ever undertaken in Australia) were just as shady as some of the characters in the game.

An investigation by IGN revealed that over a hundred developers were omitted from the official game credits and two former Bondi employees spoke of “disdain” for the Australian developer to Gamesindustry.biz.

With reports of Team Bondi becoming ‘Rockstar Sydney’ being nothing more than a distant memory after tweets were sent to the Australian gaming industry hub Tsumea, with comments such as “I can certainly attest to the appalling working conditions, the angry and abusive boss and the ineffective leads who were completely unwilling to do anything to protect their team members”. “It’s abhorrent that these young kids are being thrown into a 24/7 corpse grinder with perpetual crunch and weekend overtime”, wrote another.

If you believe the reports from ex-employees, they suggest the bittersweet deal for working on the project for Bondi was that if you didn’t see the project through to completion, you would lose your credit. With that in mind, they found themselves caught in shocking working conditions, in which they were expected to work around the clock and be shouted at for the pleasure of Brendan McNamara. A man who sounds like Kevin Spacey’s character in the movie Swimming With Sharks. 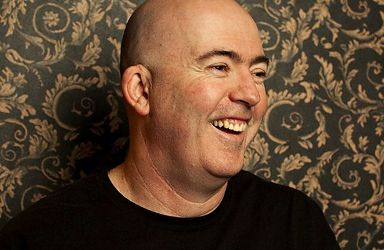 “If you want to do a nine-to-five job, you should be in another business”.

One employee described McNamara as “the angriest person” he’d ever met. “It’s one thing for him to be angry behind closed doors, but it was incredibly common for him to scream at whoever was pissing him off in the middle of the office”.

Sure developers are used to working long hours, but we need to remember that the game ended up taking seven years to make. One worker had worked round the clock for four years but after finally quitting because of the conditions, he lost his credit in the game. This was not an isolated incident either as over a hundred other workers also found themselves in a similar situation, who had quit despite the feeling that they were being held to ransom.

Another employee who left Bondi in 2008 told IGN he had to quit because of the stress. “The trigger was this: I received a reprimand for ‘conduct and punctuality’ for being 15 minutes late to work”, he explained. “I arrived at 9:15am, despite the fact I had only left work around 3:15am the same day, and paid for may own taxi home!”

As soon as it was announced that Bondi would be investigated by an industrial body, Rockstar quickly distanced themselves from the growing scandal, which spread quickly on the internet, and they have since declined to comment on the story.

When the story broke, I must confess to being a little surprised that Bondi were the bad guys here, considering the Red Dead Redemption controversy where an Ex-Red Dead Redemption developer, ‘Zero Dean’, spoke out about his experience working at Rockstar San Diego; alleging mistreatment of employees.

Bondi have been quick to dismiss the reports as one-sided and claim that they have done nothing wrong, but every time McNamara opens his mouth he does himself no favours by saying things like “if you want to do a nine-to-five job, you should be in another business”. 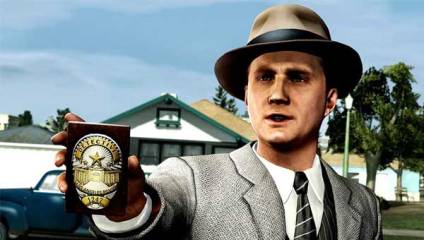 What can you tell me about abusive working conditions?

For years workplaces in and out of the games industry and across the globe promoted themselves as family friendly. Nice, friendly environments to work in, where your boss also pretended to be your friend, in a David Brent kind of way. With jobs now being in short supply, are we seeing a change back to the 80’s where bosses shout, bully and intimidate staff into working long hours for little rewards or face joining the back of a very long dole queue if you don’t like it?

Switch on the TV and the hit show Horrible Bosses illustrates perfectly the time and mood that we are living in, but as far as we are aware nobody is currently trying to murder Brendan McNamara.

Probably the saddest part of this tale is best put by someone who worked on the project: “There has been a lot of press saying how incredible this is for the Australian gaming industry, since it is the biggest (and most successful) game made in Australia to date”, the anonymous developer said, “but that has come at the price, as most of the people that worked on it will never have proof of having worked there (unless they want to pull out a pay check)”.

As for talk of the L.A. Noire sequel; who will now publish? Who will now develop? Expect lots more talk about this story that won’t go away, but odds of it being anywhere near as successful as the original are surely stacked against them now.