Who should develop The Darkness sequel?

I became an instant fan of Starbreeze Studio’s work with the arrival of The Darkness in June 2007. It had some detractors pointing to a short lifespan as to a major downside, but along with many others I absolutely adored it. Starbreeze managed to take Top Cow Comic’s popular IP, add their own take on the seedy underworld of Jackie Estacado and created one of the most immersive games that I’ve played in the last decade. It was no surprise to hear that a sequel was on the cards, however it was a huge surprise, and a little worrying, when Starbreeze themselves announced that it wouldn’t be them at the helm. Shortly after the announcement of the sequel at this year’s Comic-con, studio boss Johan Kristiansson was quick to distance his team from the project, stating that they were currently on with two other projects for EA (one recently discovered to be a new Bourne title). So who the hell is currently working on this? Join me as I ponder the potential suitors that I’d like to see pick it up and what experience they could bring to the series. 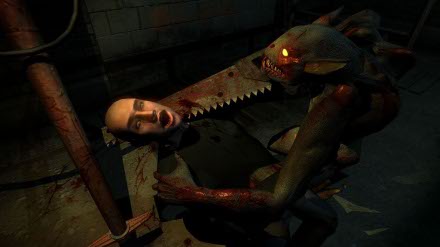 You were the horror!

Monolith
There will be two schools of thought with the influence of a new developer; they could either keep in line with Starbreeze’s take on The Darkness, or take the game in a new direction entirely, maybe one closer with the comics. If you are looking at the former, Monolith is probably the obvious shout. I mean seriously, who else has the heritage of making dark first-person games that these guys have? The thing that could make this pairing more interesting is that The Darkness wasn’t a game where you nervously worked your way around an environment waiting for the next big scare, it flipped the scenario on its head; you were the horror waiting in the shadows, and it would be interesting to see just how well Monolith could take to that. Unfortunately, with Monolith being a subsidiary of Warner Bros, it’s a move that we’re unlikely to see.

2K Games
The development of The Darkness sequel is shrouded in a mix of ambiguity and contradicting whispers, however one common theme is that 2K Games are reportedly at the forefront of whatever happens, having made the apparent mistake of being the first to accidentally announce its existence. With that in mind it’s not unreasonable to consider that they might handle the development in-house, and why not? They clearly have the teams capable, and what with 2K Boston/2K Austrailia’s excellent work on Bioshock, they already have a game that some might say shares similarities on some level.

Obsidian Entertainment
I was always going to pick the perennial sequel developers wasn’t I? With Neverwinter Nights 2 and KOTOR 2 prime examples of successful stabs at taking on someone else’s tools to continue a franchise, and with a Fallout spin-off already in the works in the same vein, why couldn’t Obsidian do the same for The Darkness? Some might argue that their pedigree comes in the form of RPG’s, but if Top Cow are looking for continuity despite relying on a new developer, then surely Obsidian are easily the best in the business at that.

Rocksteady
The independent London-based studio have been raking in the plaudits recently, thanks to their admirable work on the excellent Batman: Arkham Asylum. I’d love to see what they are really capable of in other areas, say with a different license, and see if they’d show other source material the same level of respect which they showed to the world’s greatest detective. Rocksteady would be a good choice no matter what direction the franchise should take. 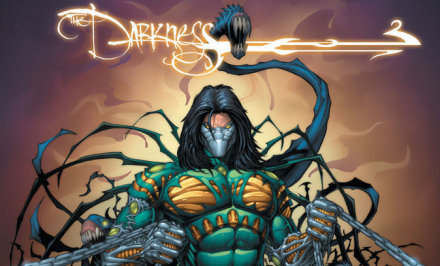 Could we see a more colourful ‘Darkness’?

So what about you? The cases above are part of my whimsical thinking of who would be a good fit to The Darkness format. The game is already in production, and whoever it might be is already working on it as we speak, so only time will tell if I’m close to the mark or not. Who would you like to see take a stab at it? Who do you think is best placed to take this franchise on? Would you like to see it take a similar direction to that of the original game, or a new direction entirely? Let us know in the comments below!