As a kid, I was suckered into collecting Panini football stickers, and it fuelled my passion for the beautiful game. As soon as I received my pocket money, off I went to the local newsagents to pick up 10 packets of stickers only to rip them open vigorously, hoping that this would be the moment that I finally get that much-needed rare sticker. The reality actually consisted of going home with a handful of swaps. Fast-forward 25 years and it seems that the clever people at EA have found a way of tapping into my youth and memories of nostalgia that I look back on through rose-tinted glasses.

I am referring, of course, to the incredibly addictive Ultimate Team in FIFA 14.

I’m much older and, dare I say, wiser now and am fully aware that companies use a technique called gamification to keep everyone playing. Just like any online bingo or gambling website, Ultimate Team is run by a system designed with one purpose; to keep you buying more packs throughout the game’s life cycle until you do it all again in September.

When written down or spoken out loud, you realise just how absurd this concept is, and yet it doesn’t stop any of us from emptying our wallets and PayPal balance to feed our addiction to create the best football team to play online.

Despite all these negatives, I was quite excited last August when EA announced: “For the first time, football legends are coming to FIFA 14 Ultimate Team, only on Xbox. You will be able to combine legends of the past with the superstars of today. A number of legendary players will be available, allowing players to create some of the most incredible line-ups imaginable, like Pelé with Messi or Patrick Vieira with Bastian Schweinsteiger.”

However, several months later and nobody that I know has been able to get their hands on one of these illusive “Legends” cards, and the more folks I speak with, the more I hear the same old story: “I have spent over £150 on packs since September and still not received a Legend card.”

It’s astounding just how much money people are spending on these digital packs, especially when many of the fastest and best players are available on the transfer market at very low prices, but in these celebrity-obsessed times, people are only interested in the big names. 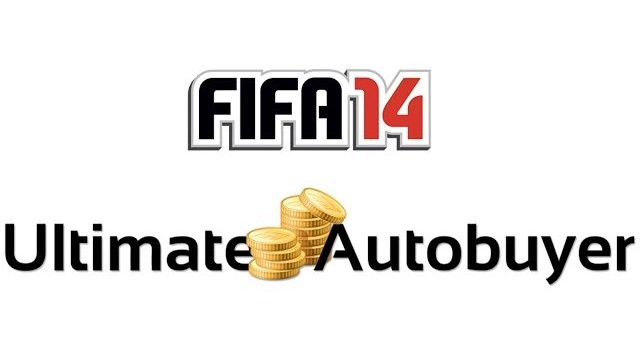 With this in mind, it’s no wonder that a black market of players have appeared on the scene. People have invested money in something called auto buyers, that involves running a script which constantly scours the FIFA transfer market for players selling for low prices, and will then automatically buy these players and list them for you at inflated prices. This alone has made browsing the transfer market a frustrating experience, but believe it or not this is very big business.

In a good old-fashioned business lesson of supply and demand, the black market of auto buyers have taken it to a whole new level, as many of these Legend players are now for sale on eBay for real money. Take, for example, arguably the world’s greatest ever footballer and advertiser of erectile dysfunction, Pelé, who costs £18 million on the transfer market or over £200 on eBay.

Ultimate Team is rapidly becoming a fool’s paradise where even Gary Neville has an eBay value of nearly £30, but even if you are running short of FIFA’s online currency, there are a few chancers out there that can help you out. You can pick up £200,000 FIFA coins for just over a tenner on Fleabay too.

With the average punter now paying over £100 on each year’s release of FIFA, I don’t expect EA to walk away from this cash cow any time soon. With the positive community and sharing features creating loopholes for canny opportunists to exploit, it’s something else that doesn’t look likely to change any time soon, either.

Most of us are big enough to take responsibility for our own actions and if you don’t like something you should quite simply stop buying or playing it, but that doesn’t stop me getting annoyed seeing companies and individuals exploiting human weaknesses by using software or systems where the house always wins Ultimately, this just leaves gamers being played by the very games that we all enjoy.

Thankfully, despite these exploits ruining the spirit of Ultimate Team, I’ve found that with a little research, effort and patience, you can put a decent team together with little finance. When that happens, you can sit back, smugly smiling as you beat players who have invested a small fortune on their virtual team. No stars and raw talent can still make you a FIFA Ultimate Team champion, so don’t be tempted by fool’s gold or ever let yourself be played by a game.

It should be the other way around – we all know that, don’t we?