Why I hope we never see a single console future

There is this notion that surfaces every so often that we’ll eventually hit some sort of a utopia, where there will only be one true platform for your games. Previous hypothesising has presented many different theories on the logistics: Could there be one traditional gaming system in today’s mould that everyone else develops for? Would there be hundreds of different gaming systems from different electronics manufacturers, but the media between then remains the same, much in the same way as how DVD, Blu-Ray, and even PC gaming has operated since, well, forever?

More recently, we’ve heard more predictions that better fit the latter option, thanks mostly to the introduction of digital distribution. With services like OnLive already offering you the ability to play the same games over a multitude of systems via a cloud-streaming interface, it adds credence to the fact that if successful, the industry could take an eventual step towards that direction. Especially as we delve further into the digital age.

While there are definite cost and convenience benefits to the consumer in this scenario, I live in hope that it’s a transition that never occurs. My reason is simple: competition brings us better quality in the long run.

You don’t get anywhere in life by resting on your laurels. This is a statement that applies to all walks of life, be it in the workplace, playing sports, or at home. It’s certainly also true of the games industry. Without steadfast competition, without someone trying to better you and keeping you on your toes, you lose your edge and drive to succeed. We’ve seen many examples of where this has been the case over the years. 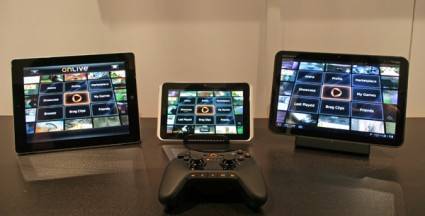 OnLive offers the first glimpse of a single platform future...

Firstly, take Xbox Live as it relaunched with the 360. The list of available features was revolutionary and their implementation was technically impressive at the time. Where else could you see your friends list no matter what you were playing or what screen you were in? Send messages to them via text or audio? See what your friends were up to in-game at that precise moment? Join in games with the press of a button? Where else could you play your own music at any time when using the console?

The 360’s menu was so impressive, in fact, that when the PS3 eventually hit shelves, its operating system paled in comparison. Features already taken for granted on the 360 at launch were absent, and were obvious sticking points for new users on the PS3.

Why can’t we bring up the XMB whenever we like? Why isn’t there a unified friends list? Why can’t I send them a message from a different game? Why can’t we do all that other fluff they can?

All questions being asked by PS3 early adopters.

Because of that statement of intent from Microsoft, Sony have since slowly revolutionised the way their menu system works, bettering it at every turn and have made it a far more user-friendly experience.

Not only have they gone some way to matching what Xbox offers in terms of a feature set, they’ve actually bettered it in some areas. In this respect, Microsoft have had almost as big a part to play in the evolution of the PS3’s XMB as Sony have, because Sony saw what they were missing and felt that they had to offer similar functionality. In short, Sony’s competition forced them to better their own system, and it’ll have been the same in the other direction, too.

The same is true in the software realm, even in genres that are perceived to make very few forward steps on the whole. Take the yearly fight between FIFA and PES. For years, in terms of technical ability, PES was leagues ahead and was rightly taking all the plaudits. At this time, EA Sports were happy with pumping out the same, minimal effort updates that never really matched up in quality. The PES team, without fierce competition at the time, for whatever reason had seemingly stopped trying to innovate. When EA finally got serious about making a quality, competitive and forward-thinking product, the lack of innovation from Seabass and the boys became ever more apparent.

Since then, Konami’s team have been playing second fiddle and catch-up, but now they’re actually being challenged, it’s no surprise that the last few iterations of PES have seen the series at the best it has been for a number of years. Healthy competition made that happen. 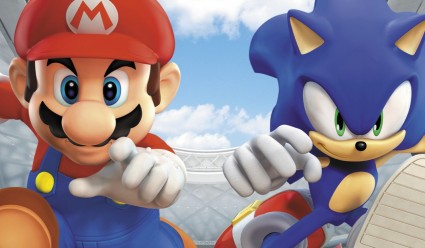 Healthy competition kept these two at the forefront of gaming for years.

Competition is what all good studios, publishers and platform holders thrive on. It’s an essential part of the industry; it’s what makes developers and designers get out of bed in the morning. It means that we, the gamers, are more likely to get the best that we possibly can at any given time. “One true gaming platform”, particularly in the OnLive model, would only serve to stall creativity and potential new features on that one platform.

No competition means no risks, no need to innovate. It’s only through healthy competition that we’re able to utilise our current systems to the extent we do now. I hope we never lose that.