Why the Vita and 3DS have nothing to fear from Apple

Ah, the rise of the smartphone as a gaming platform; this is the bandwagon that just keeps on rolling, isn’t it? It’s no surprise really; the quality of gaming on your mobile phone has exponentially risen since the days of Snake and, dare I mention it, the N-Gage.

The digital distribution age, brought in by Apple’s iDevices particularly, provides gamers with a cheap, convenient gaming experience. Apple’s success here (and subsequently Android and Windows Mobile) has had such an effect on the games industry that many an expert, industry insider and consumer are predicting that traditional, dedicated handheld consoles are moribund.

I wholeheartedly disagree with this statement.

There is a very good reason for this, but first I have to distance myself from the small group that claim that smartphone games, like Angry Birds or Cut the Rope, aren’t ‘real’ games. I’m sorry, that’s just bullshit. Casual or Hardcore, a game is a game. A lot of what’s available for phones or tablets might not be Skyrim, granted, but they are in their own right real games, casual or otherwise. 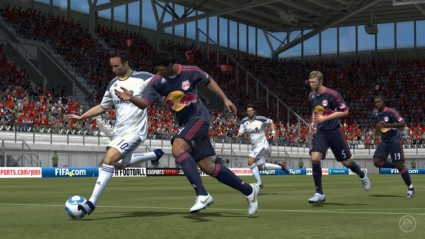 Play FIFA on Vita, then play it on iPhone and tell me which is better and why.

I certainly can’t deny the popularity of gaming on the iPhone, either; the sales speak for themselves. I have an iPhone myself, but aside from Words with Friends, I really don’t game that much on it despite buying plenty for it. In fact, I don’t think I’ve ever actually finished a game on there aside from Peggle. Games like Mirror’s Edge, Infinity Blade and GTAIII all sit unfinished on there, and they’ve probably had around an hour’s playtime between them. This is stark contrast to both my 3DS and Vita where I’ve finished most games I’ve played on them or, at the very the least, played them to death before moving on.

There is one reason for this. When I’m sat on the tram or bus, a quick round of Words, Draw Something, or a blast on Peggle is all I want. For this, the iPhone is perfect foil, but when I sit down on my lunch break or have an hour to kill, I want to get my game on with something a bit meatier. The iPhone and iPad admittedly do have these meatier games available and at very reasonable prices, but they’re almost always sub-par experiences. Why? Because touchscreen-only controls are as conducive to playing meatier games as stabbing knives into my eyeballs is to seeing.

Take GTAIII for iDevices for example, a technical achievement certainly; particularly on iPhone. However, actually controlling it is such a fucking chore. This is simply because you don’t get that same feedback to judge the movement as you would with physical controls.

In a game that requires very subtle adjustments at high-speed, this simply won’t do, leading to smash after smash. That’s before you throw pursuing cops into the mix, which degrades the experience further into an exercise in frustration. It just doesn’t feel right. 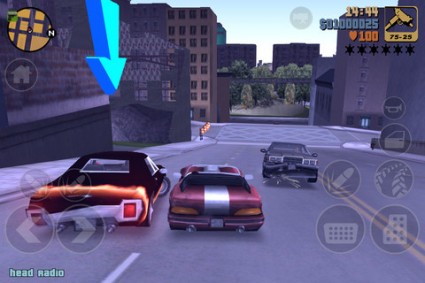 Prepare to crash a lot...

Switch to the same game on home console, or Liberty City Stories on PSP, and it’s a completely different story; the same game becomes a joy. It’s the same for your FIFAs, Street Fighters, generic shooters and the rest; real games and cheap they may be, but smartphone and tablet games simply don’t have the same quality where it matters, and that’s in the controls.

People will always still stick on the pricing factor, though, and I admit, the Vita and 3DS might have a lot to work out in terms of pricing between now and the end of their lifespan when compared to Apple’s bloated store (especially when it comes to digital distribution). Even still, I’m afraid I’m always going to be happier paying more if it means a better, truer experience with great controls, and currently I can only get that on 3DS or Vita.

There’s definitely a place in my life for Smartphone gaming, but as far as I’m concerned, until they can offer that same level of feedback as physical controls, then place of the dedicated gaming console is very much safe in my household.