Going into Cataclysm, I knew I should expect a good game. However, in terms of the actual gameplay experience, I didn’t know exactly what to expect. Blizzard promised us a world ravaged by Deathwing, the game’s main antagonist and they sure gave it to us. As you take your first few steps into the game and begin taking in the sights, you notice that there is something wrong; guards talking about how Deathwing paid the city a visit last night, the raging elements, or simply the destruction itself. However, that’s just the beginning, keep reading to find out more about my time with ‘Cataclysm’.

The first thing you need to understand about ‘Cataclysm’ is that yes, this is just another expansion to the game. There is very little to make your jaw drop in terms of raw gameplay, however there is just enough to make you keep coming back for more. Trust me when I say, if that is enough for me, it is definitely enough for the average gamer. I am a tried and true World of Warcraft aficionado. This brings us to the first topic of relevance to my latest trek through WoW.

As most of us have heard by now, the reshaping of Azeroth as we know has come to be known as ‘The Shattering’. Deathwing has been unleashed from the depths of the world and with that comes strife to anything under his wings; probably the focal point of Blizzard’s behemoth expansion, this is where they pulled out all the stops in preparing for Cataclysm. Drastically changed (and frankly, somewhat improved) areas provided players with a reason to visit old places again, if only to see the carnage. If anything, the abrupt changing of nostalgic terrain is pretty astounding. There isn’t much to be excited about here for new players as they will just be leveling through the zones as if they were playing any other MMO, but for us veterans it was pretty cool. Furthermore, after selling 4.7 million copies in one month it ‘shattered’ sales records. Yeah. Hah.

Leveling
Blizzard always tries to make sure you have, if not a great time, at least a less-than-boring time leveling to the newest cap. The new areas Blizzard introduced are all creative in their own right, and each time I was able to move on to the next one I was excited to find out what it was going to contain. Furthermore, each area consists of monsters and quests relative to your level, so while it may limit your choices at any given time, you never once feel lost. While I never felt extremely compelled by the leveling experience, I figure that having played this game for so long it was only natural. In short, the grind from level 80 to level 85 was enjoyable enough and did not last so long that it began to bore me. All in all, it felt as if Blizzard had really tried to streamline the leveling experience. 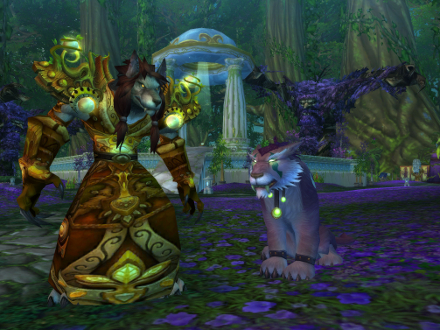 Wolves at the door!

New races
In the ‘Burning Crusade’ expansion we were introduced to both the Draenei and Blood elf character races. With Cataclysm, as most of you already know, we are becoming more and more familiar with the Worgen and Goblin races:

Player vs Player
For me, PvP in Cataclysm is a mixed bag. The PvP system in Cataclysm has been changed drastically, mainly due to the huge increase in both players’ health and damage rates. The removal of certain spells and abilities have changed the face of PvP entirely, and turned the arena and battlegrounds into an even more competitive area. With the addition of rated battlegrounds, Blizzard has given players the chance to participate in larger scale battles than what we have seen in the arena, which consist of 2v2, 3v3, or 5v5 matches. However, you must have a pretty strong group of friends to stand a chance at this.

Many players previously struggled in the 5v5 bracket because either their teammates weren’t logging on enough, or they simply weren’t good enough. So as you can probably gather for yourself, finding 10-15 people for a rated battleground every few days could become troublesome. Blizzard has also changed the way honor works, making the amount of it required much smaller but making it a lot harder to acquire. Furthermore, items that were previously reserved for high-rated arena players are now nothing more than vanity items. They feature a different paint scheme to their sub-2200 rated counterparts, with no real statistical difference.

Also added to the PvP realm are new battlegrounds: 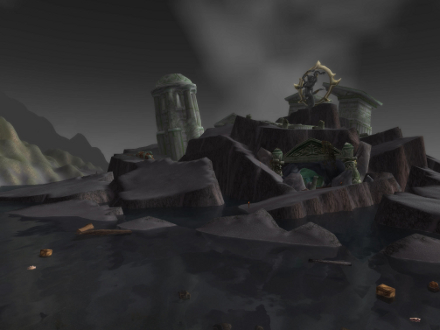 Player vs Environment
Being more of a PvP guy, this is one of the areas of WoW I don’t dabble in as much. However, for the sake of review and equality, I spent a good deal of time in this over the past few weeks. Much like the previous expansions, most of the dungeons included in some way relate to the thematic elements of the expansion. All of the dungeons have been effected by Deathwing’s appearance in some shape or form. The guys and gals at Blizzard seem to have also raised the bar on overall difficulty levels, mainly focusing on boss battles. Players were once able to dash their way through the ‘Hard-mode’ version of the dungeon, but unless you have the best gear available to you the boss battles will be a definite struggle.

I myself don’t have much trouble with them because I am in a decent guild, however I ran with a random group one time and needless to say it was frustrating. All in all, Blizzard seems to have delivered on this front for players concerned with PvE over other elements of the game. The PvE gear seems to go line in line as far as progression goes with PvP gear, so they fixed the issues we were having last expansion with PvE gear coming out earlier than PvP gear. Also changed, as usual, is the point system in which Blizzard is using as currency for PvE gear. Now being used are Valor points, which allow you to purchase the high-end PvE gear allowing you to progress through tough raids or dungeons.

Professions
As usual, Blizzard opted to add another profession to the game. However instead of creating a new primary profession, we get ‘Archaeology’. With archaeology, players can travel the World of Warcraft visiting different dig sites to uncover fragments or fossils. Over time, your character becomes more skilled at this, and finds rarer and more valuable fossils. Not only can this turn a profit for you, but rewards are also offered for progressing through the profession. You can receive mounts, quests, or even titles. Along with archaeology, as usual, Blizzard increased the experience cap for each profession to 525, up from 450. This goes for every profession, and each one now has new items and abilities to unlock for your character throughout the leveling experience. 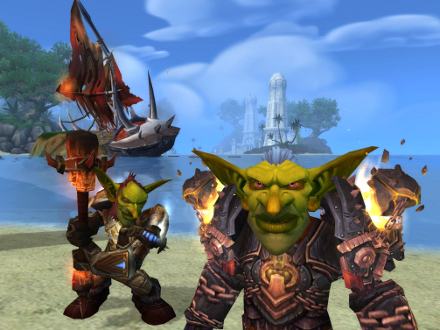 Don't feed them after midnight, or this happens.

Summary
World of Warcraft: Cataclysm brings a lot of things to the table. Are they all new? Maybe not, however, they are improved. Blizzard never once promised us innovation, but they have given us exactly what they said they would: An expansion to World of Warcraft, with all of the usual suspects. The expansion is actually very average, but because of World of Warcraft’s history and all that it has accomplished, there is hardly any reasonable way to look down on the obvious hard work that went into making this game and retaining its loyal customers. It’s not jaw-dropping, it’s not even amazing, but I’m still playing after three and a half years now. That must mean they are doing something right, especially with the expansions. Either that, or I’m a hopeless addict. In any case, I give both Blizzard and the World of Warcraft franchise a definite thumbs-up for their performance with this expansion.