Sifting through my bedroom the other day, I came across an ancient artifact… no, not last weeks gym shorts; an original Xbox game. I knew I had a few knocking about, but as my sense of tidiness is similar to that of a gorilla most of them had got lost in the Amazonian jungle that is my room. Tired of killing waves of bandits in Borderlands and cutting a bloody trail through the forces of evil in Oblivion, I popped the aging disc into my Xbox 360. To my horror, an error message appeared. The game I had found, Galleon, was not backwards compatible, part of a crop I’d bought on a whim years ago with no knowledge of the compatibility list. I was saddened, but it got me thinking. Which games will my 360 play?

Looking through the list, I noticed many that I’d never heard of, and even more that I’d heard terrible things about. It surprised me how such travesties of gaming could be allowed to grace the 360 when many brilliant (if underrated) titles were callously omitted. Beatdown: Fists of Vengeance and The Warriors were my two favourites missing from the list. I later discovered only certain games could be supported due to code compatibility issues, which settled my confusion but not my anger. Nevertheless, this series of events set me on an unusual quest; to acquire and play every game on that list. Well, not all of them, as I’ll explain. 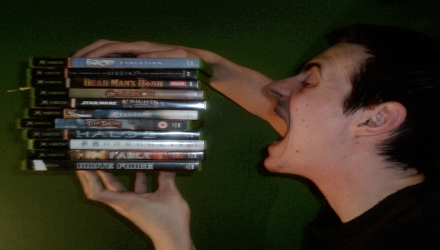 Without any structure, my mission would be a dire slog through more than half of the original Xbox’s catalogue, taking me the best part of a year and making my life a misery. Therefore, I decided I wouldn’t play any games already heralded as classics or successes; what would be the point if half the people who read my findings have already played the game? I would also omit racing and sports games (with a few exceptions) as I dislike these enough as it is and I hope to retain some sanity during the task. As well as the omissions, I won’t necessarily be playing all the games to completion.

I’m not out to review them, simply to find out if they’re still worth a go and if a game doesn’t make me want to see it to the end, I probably won’t. Additionally, some of the games were so obscure that even the divine Lovefilm (my essential compadre in this mammoth crusade) could not provide them and I therefore relegated them to a hastily constructed ‘buy later if I can’ list. The chief goal would be to discover if any of them can still stand up against the games of recent years and maybe discover a few forgotten gems along the way. Hence the title ‘Digging for Gold’. 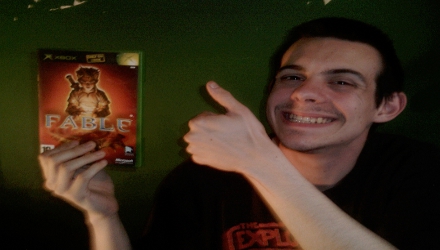 So with my plan and my Lovefilm account by my side, I will set out to find old games and bring them to this modern civilization. I will chronicle my findings and tell you, the lovely and intelligent readers of This Is My Joystick, which games are worth seeking out and which are best left in the last generation. Wish me luck, it’s going to be a bumpy ride…

Log on soon for my first find: Atari Anthology