In a move that will shock no-one on the planet, Sony have announced Gran Turismo 6. That’s right, ‘The Real Driving Simulator’ is back for the sixth time (more than that if you include all the spin-offs) and is boasting, as ever, to offer more of everything.

Right off the bat, let me make it clear I have no love for the GT series. I don’t think it’s bad, I just don’t think about it at all. In fact, if you’re a racing game that’s not called Road Rash or Burnout, you’re dead to me. So let’s get the details over and done with.

Having said that, I can see the appeal. The hyper-realistic driving simulator has always sold well, and even if it’s not my cup of tea, the guys at Polyphony truly do some amazing work in terms of driving simulation, graphics and sheer content.

The series, which is close to having sold 70 million units, will contain over 1,200 cars from a range of fully licensed manufacturers. Oddly enough, it’s yet to be confirmed for the PS4, with only the PS3 version being spoken about.

With the PS3 version being touted for an ‘Autmn’ release, the PS4 version is ‘in mind’, with Gran Turismo creator Kazunori Yamauchi saying;

“We actually do have a PlayStation 4 version in mind, but for this holiday season, we thought it would be best for users to release on PS3 for now.” 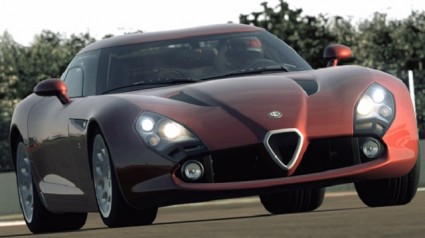 This is a car. And here ends my knowledge of cars.

On top of the already mentioned huge number of cars, GT fans can expect a strong amount of support post-release in the form of plenty more cars and more tracks. What with this being 2013, a season pass is also being offered. No mention of price though.

Like the sound of it? Well, a demo should be with us by June and for those worried about sinking hours into a PS3 game just before the PS4 comes out, Yamauchi was asked about transferring saves between consoles. According to IGN, the answer was ‘probably’.

Get ready to earn your licenses!