Head to Head: 2014 – Great Start for New-Gen Consoles, or Year of Over-hyped Mediocrity?

So many games released this year wanting to prove the worth of the new generation of consoles. Destiny, Watch_Dogs, Driveclub, Metal Gear Solid: Ground Zeroes, Titanfall… All games with big ideas and even bigger promises, but whereas many punters have been having a blast with what their shiny new boxes have had to offer, others have felt more than a little disappointed with what they’ve been left with after all the hype has fizzled out. Dan and Jasper discuss whether this is justified or if 2014 has in fact been a great year for gaming after all.

Dan: So, has 2014 been a good year for games and next gen consoles?

Jasper: 2014 has been a productive year in the games industry. Every year, there seems to be an increase in the amount of high-profile games in comparison to the year that preceded it, and this can only be good for developers and consumers alike. I have been very satisfied with the amount of great games that have been released this year, and will continue to be released as we approach the Christmas period. Games like Destiny and Shadow of Mordor have been an excellent showcase of what this current generation of consoles are capable of. Considering we are less than a year into their life-cycle, I would consider that a great success for the 2014 release calendar. Everyone is a winner here. The only thing that is losing out this year is my wallet. 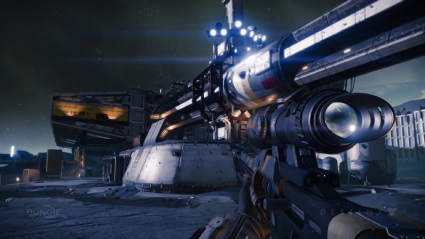 Destiny: a revolutionary new experience, or just a load of grinding and loot caves?

Dan: I have to agree; it has been a good year. I think what people say they want out of the next-generation of consoles is somewhat unobtainable; consoles are still systems based in reality and that reality has rules that must be followed. Thinking anything else just sets you up for disappointment. There have been major disappointments. Watch_Dogs being as totally dire as it is, is a big one for me personally. Though I don’t think the hype machine has been too bad this year. I also have a theory on why so many players think Destiny is overrated.

Jasper: I would agree that Watch_Dogs was a bit of a let down, due to the hype and hyperbole which destined it to be nothing short of disappointing. The obvious reason it was such a let down was due to the promises of high frame-rate and those all-important pixels. Even the E3 announcement trailer seemed too good to be true, and this was in fact the case. 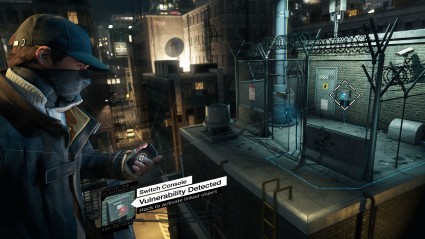 Whether you think that Watch_Dogs was a great next-gen showcase or not, I think we can all agree that the underscore is stupid and pointless.

With this in mind, however, other games have exceeded my personal expectations of what this year could bring. I had no prior interest in Destiny during the announcements, coverage, or even when the reviews came out (which were tepid at best). What did convince me to purchase it was the knowledge that all my friends would be buying it, and I wanted a game that felt like a communal space in which I could shoot aliens in the face with my buddies. I think that’s why I enjoyed Destiny so much. I didn’t get caught up in the hype of its release so I went in to the fray with little-to-no expectations of what I was getting myself into, leaving for a positive experience.

You make a valid point about hype only being involved from the big releases, but in the case of Destiny and Watch_Dogs, they are both original IP’s. Of course, there is a lot to be expected from new material, as there is no prior reference to hold these titles up to. Would you say that new releases like CoD: AW would have the same level of hype? I wouldn’t think so. Yes, they might make more sales but I think hype is out of the question in that regard. Everyone who buys COD knows exactly what they are getting themselves in for. It’s easy for a new IP to be over-hyped because all that is known about it is what we’ve been shown from the trailers and glossy cinematics, not necessarily the quality of the game itself.Destiny did something that was fairly new by blending the typical FPS with MMO elements, which, I think, is pretty admirable. As someone who isn’t much of an MMO player, Destiny appealed to me as a hybrid game with a solid FPS foundation. If people went in expecting the next WoW then of course it was going to disappoint. What Destiny does is meet both camps in the middle, offering just enough for both fan bases to be entertained.

Dan: I completely agree: CoD will be hyped, but not to the level of an original IP like Destiny. It’s just a shame people are expecting more than what can actually be delivered, but I guess that is the nature of the hype train. 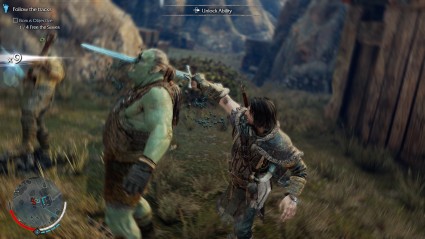 Next-gen orc-stabbing! Shadow of Mordor has been universally quite well-received.

I personally cannot wait to see what the future of this generation brings, because like you say, one year in and games like Destiny and Shadows of Mordor are already proving what great titles can be made on these systems, and the production tools will only get better and better. Some games will be over-hyped, of course, but if it is only a couple like this year, I will happily take the hit.

So Dan and Jasper are both in agreement that this year has been pretty solid all-round as far as game releases have been concerned. More importantly, though, what do you think? Let us know below.