Head to Head: Are we getting too many remakes?

Remakes: some love ’em, some hate ’em. If there’s one thing we can all agree on though, it’s that we’ve had an alarming amount of them released and announced as of late, particularly on the new consoles.

Is it a good thing that we can experience our favourite old games with a new lick of paint, and that newcomers have a second chance to try something they’ve missed out on in the past? Should developers instead be focusing their efforts on new releases instead? Simon and Andy B take a look at both sides of the argument.

Simon: “Is it me or are the PlayStation 4 and Xbox One just consoles for higher-definition remakes? Tomb Raider, Resident Evil, Metro 2033, The Last Of Us – more and more games are being remade. Are we completely out of ideas?”

Andy: “Have you considered the positive side of it? Lots of people get to play The Last Of Us now who missed out on the PS3 version, for example.”

Simon: “Nah, I disagree. The PS4 is a compliment to the PS3 – most owners already have both.”

Andy: “I know a few who are new to Sony consoles with the PlayStation 4. Not many though, admittedly. The Last Of Us is one game I would consider buying again though. When it’s cheap, at least.” 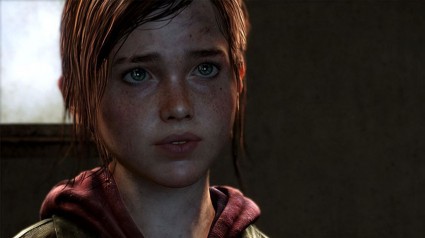 Buy me again won’t you – please?

Simon: “Yeah, but we’re talking about loads of games getting remakes. Too many.”

Andy: “True. A lot do feel superfluous to me, too. Sleeping Dogs was a surprise, for example. It’s a great game, but aside from everything else it’s been on PS Plus and Games For Gold.”

Simon: “Even Resident Evil is being remade, for God’s sake. A remake of a remake!”

Andy: “Yeah, I’m not sure what that’s all about either. I bet that feels horrible to play these days.”

Simon: “To be fair, they are implementing two different control methods. One that’s true to the original, and another that’s a more modern take.”

Simon: “The old controls were part of the charm. If you messed up, you died. It kept you on edge.”

Andy: “That’s true. I’m just not sure I’d get on with them now; they’d feel too outdated.”

Simon: “I just hope they don’t change much. It’s a classic. You don’t rebuild a classic for the modern market. You let them taste what was good about the game in the first place. It’s like giving you a 2002 Rioja, then a 2014. You can’t compare.”

Andy: “Indeed. It would be interesting to go back to it, I guess. I just worry that it’d spoil my memories!”

Simon: “Ah, but if it does then you still have the choice of the original that’s floating around on the PS Store somewhere.”

Simon: “But for all you know, they could do a cracking job and you’d miss out!” 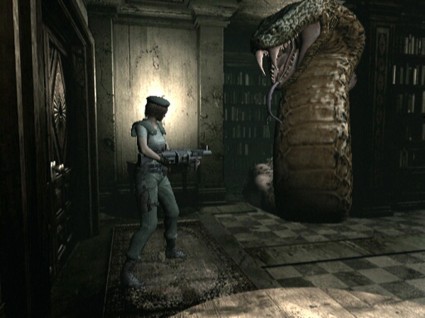 A remake of a remake… we’re approaching Remakeception here.

Simon: “Final Fantasy VII is another good one to mention. I would buy a remake of that. It’d probably be on thirty Blu-ray disks, like…”

Andy: “Yes, I’d be tempted by that for sure. Although I’d still have that fear of ruining it for myself.”

Simon: “What’s to ruin? A PS4 remake would certainly be technically impressive. Although, it would require a massive install, I’d imagine.”

Andy: “Agreed, I think it would be a much safer remake than Resi. Would you just want a prettier version of the exact same game though, or would you want them to make some changes to how it plays too?”

Simon: “You can’t change the gameplay at all. That would be suicidal. You have to keep what made it great. I don’t even think they should detract too much from the traditional manga either. Okay, maybe I could suffer Advent Children-style graphics, but I would be scared it would lose its charm.”

Andy: “It’s a difficult one for sure. I worry they would try to follow Advent Children a little too much and then you’d end up with flashy attacks like FFXIII but lose the tactical depth.”

Simon: “I think if they changed a single part of the combat they may as well quit working altogether. They will never get a job in development again. Look at what they did with FFX. They actually did it justice.”

Andy: “Good point. I guess that was easier though, as it was a good-looking game already. They’d have to dramatically overhaul the graphics for FFVII and I just worry that in doing so they’d get carried away and change too much.” 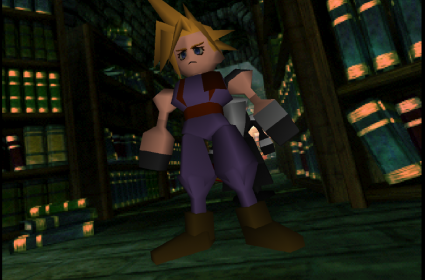 Would FF7 lose its charm without those square heads and arms?

Simon: “I can’t see it happening. There is too much of a fan base. Square Enix need good publicity for their games. They can’t afford another flop. If they change anything, they have to give it a Tomb Raider-style upgrade. Complete remake with a new storyline. For that game, though, it wouldn’t work.”

Andy: “Agreed there. I don’t really see a remake ever happening now though, due to the time and resources it would take up. Sadly they seem to have badly lost their way with Final Fantasy, although XIV is very good. We just have to hope that XV is a return to form on the single-player front.”

Simon: “There is a definite market for it and a well-established fan base. It will get to a point where they tap into that cash cow. Look at Resident Evil. All the fans will buy it, and those new to the franchise will also be inclined to see what the fuss is about. They have a guaranteed revenue stream. The same goes for Square. Final Fantasy VII deserves a remake. People wouldn’t care if it’s PS4-grade graphics either; as long as it’s a HD remake then it will be widely accepted. Although if they used the PS4 to its full potential… who needs FFXV?”

Andy: “Yeah, I would be forced to buy a remake I must admit, so they’d have my money for starters.”

Simon: “For that type of remake, they could charge £50 for it and it would sell like hot cakes. It would just take some daring from Square.”

Simon: “Obviously it would need to be PS4 standards for that money. You can’t beat the hundreds of hours you would put in. I would happily pay £50, which would surely come with some extra additional bonuses. At least it’s a game that deserves a remake. Not one that only came out recently. Like Tomb Raider: fresh out of the box, and it gets a PS4 remake.”

Andy: “Very true. Although I missed Tomb Raider on PS3, so I must admit I did get it on PS4!”

Simon: “I played the PS3 version myself. I’m yet to pick up the PS4 version. It’s more of a stocking filler I think. A cheap buy.”

What do you reckon?

A less contentious Head to Head this month, then, but where do you stand on the current remake situation? Sound off in the comments and let us know!