IO Interactive’s latest Hitman game has been getting quite a lot of attention of late and not for entirely positive reasons. You may have heard that the game has recently adopted a episodic structure, meaning players will get new levels every month, meaning people that had pre-ordered the game had their orders cancelled and that the ‘full’ game would ‘only’ launch with two levels to play.

Luckily I had a chance to get some time with the beta this weekend and I have to say my impressions are very positive. Whilst the beta was made up of two basic tutorial missions, the fact I replayed them both a dozen times over is a good sign that Hitman looks set to hit its mark.Hitman: Absolution, to my mind, was a giant misstep in the Hitman series (although, our very own Andy Corrigan really enjoyed it). Instead of big murder sandboxes to rampage or sneak through, Absolution gave you a linear action game that focused on an awful story and awful characters.

Hitman (it’s just called Hitman, no sub-title) gets back to basics. You’re given a target, you’re given a playground to have fun in and you’re given clues as to how you can interact with the world. Some purists might argue that having icons pop-up and make it explicitly clear ‘you can poison this drink’ takes away the challenge of the previous games, but I would disagree and also tell them to turn off these notifications in the options screen.

Each level contains plenty of challenges for you to complete, which hints as to what can be done within the level. If a challenge tasks you with dropping a light on someone’s head, then it’s a good bet you can climb up into the rafters and loosen a nut on some heavy equipment. These challenges aren’t the only clues you’re given into the many ways you can murder. 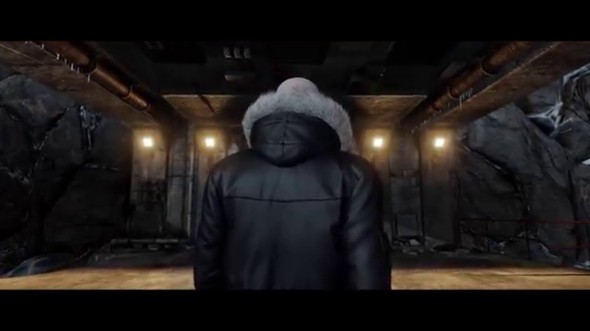 No sign of Agent 47′s signature red tie in the beta. This coat’s nice though.

As you creep through each scenario, you’ll often overhear people chatting about this, that or the other. When the conversation isn’t benign you’ll be given a lead to unique killing opportunities within the world. For example, two mechanics talking loudly about double-checking safety equipment? You better believe that’s an opportunity for ‘something to go wrong’. Some guards talking about how an art dealer is in town to have a private meeting with your target? Sounds like a good disguise to me.

This means that at the start of the mission you’ll know who you need to take out, you’ll have a couple of ideas as to how to do it, and you’ll soon discover more opportunities and options as you creep around. This is a much better set-up than previous games that would sometimes have you wandering around blindly looking for something to interact with.

As I mentioned earlier, the replay value contained within the levels is what’s key. The first level within the beta saw me drowning my target in a toilet bowl, garroting him, shooting him, poisoning him and detonating an explosive I’d placed in the toilet he was now vomiting into. These aren’t even all of the ways I completed the level such is the number of ways you can approach your mission. 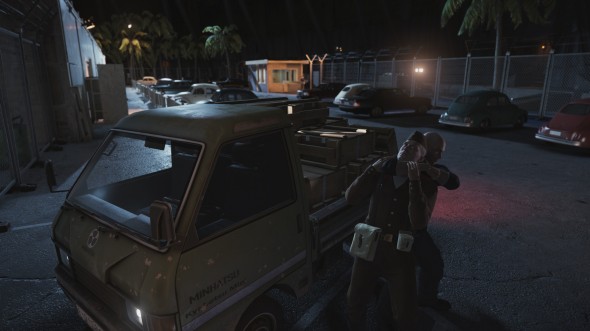 The ‘Strangle Everyone’ method. It lacks subtlety but it’s effective.

All of these choices would be for nought if Hitman didn’t play well, which I’m happy to say it does. Sure, the A.I. can be a little dumb and have the memory of a goldfish, but it’s more fun to toy with predictable opponents that behave in ways you can manipulate rather than praying that an eagle-eyed, computer controlled killing machine doesn’t gun you down without mercy.

Assuming new levels are consistently released, assuming the actual levels are bigger than the two tutorial levels I played and also assuming that the contracts mode, which essentially allows you to create new missions within levels, is as great as it sounds, Hitman should be great. Fingers crossed.