Whether they’re your bag or not, the popularity of indie games has grown exponentially in recent years, offering all the imagination and emotional themes lacking from many of the big AAA titles. The Xbox 360 certainly played its part in that rise, paving the way for games like Braid and Limbo in the system’s earlier years. Independent developers, however, are starting to shy away from Microsoft systems.

In the wake of E3, two indies have detailed exactly why that is. The short version: It seems that just as they’re trying with the used game market, Microsoft aim to monetise and control the indie market too.

Oddworld Inhabitants and Just Add Water’s struggle to get the HD re-releases of Oddworld games on Xbox 360 is well documented, and predictably, their upcoming remake of the original Oddworld game, Abe’s Oddysee: New N’ Tasty (already confirmed for PS4 and Wii U, plus Vita, PC, Mac & Linux), will not be appearing on the Xbox One or Xbox 360.

Oddworld Inhabitants’ Lorne Lanning explained to our friends at Eurogamer that while they have a license to develop for Xbox One, Microsoft’s current policies dictate that they must find a publisher to partner with.

“Why do we need a publisher when we self-finance our games, we build our own IP, we manage our own IP and we’ve turned nearly two million units online as indie publishers sold – not free downloads? Why? What’s wrong with us?”

Microsoft’s policy here is in stark comparison to Sony and Nintendo’s, both cosying up to indies by allowing developers to self-publish. It’s certainly a strange scenario for Oddworld, especially considering the series’ previous exclusivity on the original Xbox.

“We’ve tried to get our games on their platform and we can’t do it – and I even helped them release the box.” 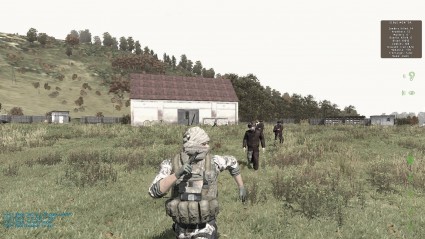 Indies are running away from Microsoft right now…

They’re not the only ones alienated by Microsoft’s policies. The creator of popular ARMA II mod Day-Z, Dean ‘Rocket’ Hall, currently working hard on making the mod its own standalone game, told Edge that DayZ will release on PS4 but probably not on Xbox One.

“We’re happy to see DayZ on any console but there is a… I guess one problem, the console needs to not charge for us to do updates and it needs to be indie title friendly.” He said.

This of course harks back to last year when Polytron’s Phil Fish refused to fix the broken and then 360 exclusive Fez, because “tens of thousands” were incurred to patch a game on Xbox Live Arcade.

When pressed on whether Microsoft and Sony were charging for patch support, Hall explained “As far as I’m aware, Microsoft is, Sony’s not. And Sony allows you to self-publish. But who knows? Maybe Microsoft will change. From our perspective, we need self-publishing because DayZ would be a great digital download title. It’s gonna take a long time for us to be able to iron this out (bugs) and we don’t wanna have to be paying ten, twenty thousand dollars – whatever it is – every time we want to do an update.”

These haven’t been the only two developers expressing their dismay, as many indie devs took to Twitter to voice their opinions during E3. Retro City Rampage developer Brian Provinciano, who has already admitted regret in porting his game to Xbox 360, tweeted that “Consumers are finally experiencing the same Microsoft that developers and publishers have been faced with/complaining about all along”.

“Let me tell you something: most indies I know already don’t want to publish on a Xbox console. publisher or no publisher” tweeted Fez developer Phil Fish. “Microsoft doesn’t care about [the] indie developer”. Meanwhile, his buddy Jonathan Blow, whose Braid found success first on the Xbox 360, is clearly siding with Sony and Playstation with his follow-up, The Witness.

Pretty damning, really. As someone who has discovered a new love for indie games over the past few years, partly because of the 360, and now more so thanks to Steam and the Vita, I find my interest in the Xbox One waning further still.

There’s still time for Microsoft to put things right, though, as in the originally-linked article from Eurogamer, Microsoft’s Phil Spencer admitted they could change those policies if they felt it was in their best interests:

“Our ears are open on self-publishing and other changes and advancements in our publishing ecosystem, but I don’t want to stand up and commit to things that aren’t plan of record now. That would be wrong.”