The world of video-games never sleeps and it keeps on spitting out pieces of news even whilst you’re on the loo. As you can imagine, I’m someone that requires sleep and also spends some of my day on the loo. This means that news stories get missed and the mere thought of that makes me sad.

The solution? Fairly simple. It’s this article you’re reading right now. Every week we’ll bring you a rundown of the week’s biggest, best or just most interesting pieces of news.

Join us for our Weekly Round-Up.

EA Mistake Their Mouth For a Shoe

EA have a tough time with PR and sometimes I feel sorry for them. They’re a business and businesses exist to make money. A lot of gamers forget that.

However, EA have dropped an absolute clanger this week.

The ill-received ‘reboot’ of Dungeon Keeper was derided for being a ‘free-to-play’ game that was absolutely filled with in-app-purchases that made playing it not much fun at all.

EA’s response to the game’s poor performance has been to blame the players for not being open to the game which “innovated too much“. When a company doesn’t look at themselves for their failure but instead blames their customers’ stupidity, it’s hard not to feel a little bit disgusted. 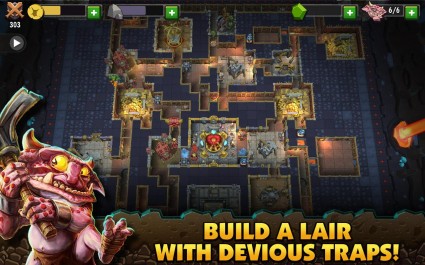 EA have also failed to appease fans of The Sims 4. Trying to apologize for the lack of ‘toddlers and pools’ at the game’s launch has only got people worried that these fairly standard Sims features will make their way into the game but in the form of some future DLC. Nothing is confirmed and who knows, maybe it’ll be a free patch that EA offer to get these elements into the game.

This is EA we’re talking about though…

This looks like it won’t have a happy ending. Crytek UK, for the past couple of months, have failed to pay their staff what’s owed to them. As a result, the people of Crytek UK haven’t been showing up to work. Fingers crossed that this all gets resolved as no-one likes to see devs closing down.

Pre-order bonuses continue to flood the market. This isn’t normally too big of a deal, but when they’re as good looking as the Alien: Isolation content, it’s another matter.

There’s also the introduction of ‘micro-transactions’ into the next Pro Evolution Soccer game. Can’t afford to buy Messi for your Master League team? Give us a fiver and he’s yours! 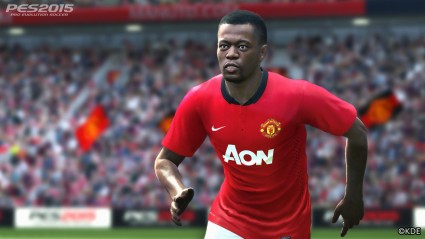 “What do you mean he’s just gone to Juventus!? It’s too late now, we’ve done all of the press assets…”

People argue that these micro-transactions only affect those that are buying them, I disagree. If you think that the designers of Pro Evo aren’t now making transfers more expensive and more difficult to complete, you’re mad. When a money making opportunity is implemented into the game, you better believe the designers get a memo from management telling them to encourage players to use them.

What is it with games trying to emulate other forms of media?

“I want this to be like a film…” – Silly Game Director

“You’ll have loads of narrative options, like a choose-your-own-adventure book” – Silly Game Writer

“”The decision to divide male and female competitions was made in accordance with international sports authorities, as part of our effort to promote e-Sports as a legitimate sport…” – Silly E-Sport Person

This all boils down to the fact that ‘real’ sports segregate males and females on the playing field, so it only makes sense for e-sports to do the same. Except it doesn’t and as a result the internet blew up. They’ve since altered their tournament structure.

If e-sport federations are so determined to make their tournaments seem ‘legitimate’, they should look at making their teams consist of racists, murderers and cannibals.

PS4 is A Bit of All White

Sony have kept their tradition of having consoles available in a range of colours alive. The PS4 is only a just under year old but Sony have already confirmed that a white PS4 will be available as part of a Destiny bundle. 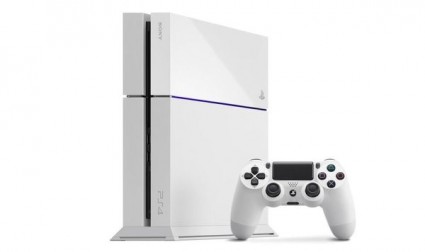 There’s some good news for Europeans who like white consoles but don’t like the look of Bungie’s latest shooter. The white PS4 will be available as a standalone product not soon after the bundle’s 9th September release. Everyone else? Who knows…

Kickstarter is just so stupid. Here’s a Kickstarter for potato salad.

I will take any opportunity to promote something about Katamari Damacy. Here’s a remix of Katamari’s OST and some Hip-Hop.

The Sun continues to be a rag you use to clean other rags. ‘Games are as addictive as heroin’.