A few weeks ago many of you may remember that I interviewed Radio and TV Presenter Iain Lee about his love of gaming. In the interview I referred to seeing fellow Radio and TV presenter OJ Borg on the National Lottery TV programme and in that “man slouched in a chair drinking cold beer swearing at the TV” kind of way, I blurted out that “OJ Borg, is a poor man’s Iain Lee“.

A quick, snappy line and all is forgotten, or so I thought. Several weeks later I switch on my Xbox to be greeted with a new voice message, which said “Hello it’s OJ Borg here, the man you called a poor man’s Iain Lee, which I take as a slur and therefore challenge you to a duel on the game of your choice!”

After a quick visit to Twitter, it became clear that this was no wind up: I had been tracked down by the big man himself, who was on a one-man mission to right a few wrongs!

Several messages later, all of which were in very good humour, we decided the perfect venue for our showdown would be the Eurogamer Expo at Earls Court in London at Friday High Noon.

The big day arrived and true to his word we found OJ Borg, who arrived for the big game before having to dash to the BBC. To add a little extra spice to the occasion we chose our supported teams who also have also been known to enjoy quite fiery encounters, as a long suffering Rams fan, I selected Derby County and OJ selected Leicester City with a knowingly smile. Even Eurogamer TV turned up for the big game, the stage was the UK’s largest gaming event and it was the official release date of FIFA 11… there were so many stats and ironies that it was a surprise that John Motson didn’t make an appearance. 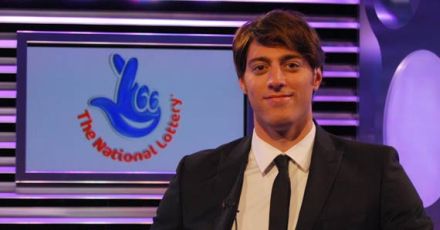 The ref blew the whistle and it was OJ Borg’s Leicester that was looking the more dangerous and dominating the possession, and several early chances that should have been goals were cruelly denied much to the frustration of Borg. Derby looked very nervous and counted themselves very lucky when a Leicester goal is declared offside. Against the run of play, their tactic of soak up the pressure and catch on the break was about to pay-off as they slotted home to make it 1-0 to the Rams.

Leicester pushed forward to snatch a quick equaliser but this left a hole at the back which the Derby exploited and suddenly found themselves 2-0 in the lead as the ref blew the whistle for half time. OJ could be heard throughout Brompton Hall shouting at his players to stay focused and they could get back into this game, as Derby did not deserve this flattering lead.

As the players left the tunnel for the second half, it seemed that the Leicester team talk had paid off, as they hit the post twice and missed an empty net, and onlookers suggested if it wasn’t for no luck Borg wouldn’t have any at all. Once again against the run of play, Derby were left unmarked in front of goal and tapped the ball into the bottom right hand corner making it 3-0 to Derby County. This was a typical Derby v Leicester game and things began to get rather tasty as tempers started to flare on the pitch and the ref had to make several bookings to stop the game getting out of control.

The ref blew the final whistle and it was a 3-0 victory for Neil’s Derby County side, which left OJ Borg speechless, and was heard telling BBC Reporters “three really crappy goals, we didn’t deserve this”. 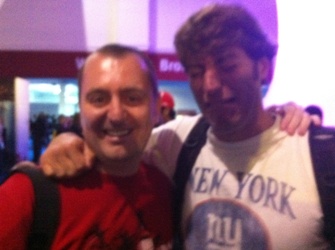 Now the duel was over, the two men shook hands wished each other the best of luck and went their separate ways. OJ Borg rushed off to the BBC in central London and Neil was last seen looking very out of breath doing the 100 meters at the Microsoft Kinect stand at the Eurogamer Expo.

Upon returning, it was a time for reflecting upon the days events and the lessons learnt like any cheesy 80’s American Sitcom. This is what I love about online gaming and the sheer randomness of it all. Through one comment on a webpage, OJ Borg was able to track me down and challenge me to a game at the UK’s biggest gaming event. As a result of this act of randomness, our battles will continue on Xbox Live and sure there will be many more funny stories to come from them in the near future. Also, did I mention there is an OJ Borg Gaming Interview on the horizon?

Until then be careful out there and if you are being a tough guy on twitter or leaving harsh comments on websites and forums, you better think twice because sometimes they will come after you.

Before anyone thinks this result went to my head, rest assured I was brought straight back down to earth with a crushing 5-0 defeat by my TIMJ colleague Phil and for all you hardcore football fans, here are some extended highlights of the big game.

However for being so good natured about everything and taking a time out to meet up with some guys from a games website who originally didn’t say flattering things about him, all of us here at This Is My Joystick salute OJ Borg. Top Bloke!