Square-Enix has recorded a loss of ¥2,077 million for the three months ending June 30 2012, down from a net profit of ¥690 million in the quarter previous.

Despite this, sales were up slightly by 1.6 per cent, to ¥24,914. 3DS title Dragon Quest Monsters: Terry No Wonderland 3D, browser title Sengoku Ixa and social game Final Fantasy Brigade were named as top earners in a period devoid of major boxed product.

That should change in the remainder of the financial year, with Sleeping Dogs, Hitman Absolution and the Tomb Raider reboot all primed for release before the end of the financial year on March 30, 2013. Square-Enix will also publish Call of Duty: Black Ops 2 in Japan in November. 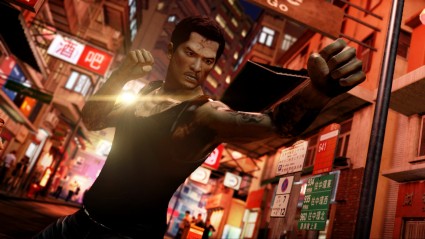 Square-Enix are banking on Sleeping Dogs

They also commented on the fact that an advancement of networking and digitalisation, and the diffusion of smartphones have triggered a fundamental change in the business environment surrounding the Group. They view this change as an opportunity to capture new profit sources, and they are making every effort to establish their profit base through expansion of content and services that conform to emerging customer needs.

Forecasts for the current fiscal year ending March 31, 2013 have not been changed. Full year predictions for the company are sales of ¥165 billion with an operating income of ¥15 billion.

With games like Sleeping Dogs getting so much attention at E3 and titles like Hitman and Tomb Raider due out as well, it’s understandable to see why forecasts have not been changed just yet.