Steam In-Home Streaming is here, but how well does it work?

If you’re a PC gamer (“PC Master Race unite!” etc.), you don’t need me to tell you the many benefits of our beloved platform. It’s not always the most practical gaming machine of choice, however. The most common form of gaming computer, whether prebuilt or lovingly constructed by our own fair hands, consists of a pretty large and hefty desktop tower, stacked full of beefy components and wired up to a multitude of various input, display, network and storage peripherals.

Once you’ve experienced the joy of a massive range of titles that play smoother and with better visual klout than on any console out there, you’ll start to wish that you could access this goodness anywhere. Though unless your machine of choice is a gaming laptop (and that comes with its own set of disadvantages), then lugging your PC and all of its accessories from the bedroom to the living room, or vice-versa, is not exactly ideal.

This is where Steam’s new In-Home Streaming feature comes in. Steam really wants to become a part of your living room too (and why not?), so In-Home Streaming boasts the bold claim of letting you play those blockbuster games at ultra settings, 1080p and 60FPS, on your lowly netbook, family desktop or laptop. I’ve been putting the feature through its paces for the last week, and here’s how I got on.

Going into this, I had set my expectations low. My last experience of streaming games was at the release of OnLive, the ill-fated yet still-persisting service that let you play high-end games without even needing a powerful machine full-stop. Except, it was a bit naff. The stream wasn’t always particularly smooth, and there was very noticeable compression artifacting that made these beautiful games look like a low-res YouTube video, which kinda negated the point of the thing in the first place. Not to mention the fact that you had to buy your games on OnLive’s own service, or pay a subscription to rent them.

I’m glad to say that Steam’s service fared considerably better. The first title I chose for the experiment was Tropico 4, being a more leisurely game which wouldn’t have suffered from a visual downgrade or the odd connection hiccup. Much to my delight, Tropico’s beautiful isles remained, for all intents and purposes, intact. The only discernable graphical concession was that of being transferred to my lower-resolution laptop display. Gameplay was also surprisingly smooth, despite connecting to the network via wifi in the next room (although the machine I streamed from was wired to the router). 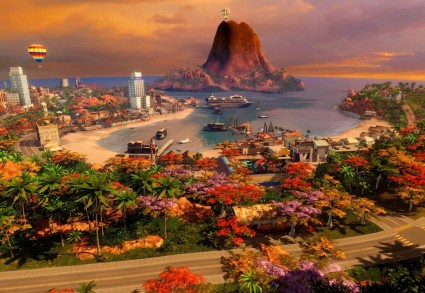 All is running smoothly, El Presidente!

Wanting to take it from one extreme to the next, I decided to hop onto Call of Duty: Ghost’s multiplayer next. This infamous first-person shooter series is notorious for being fast-paced and requiring quick reflexes, so much so that the developers do their best to ensure the framerate doesn’t dip below 60FPS even on last-gen consoles. As expected, this did a good job of highlighting the limits of what In-Home Streaming can handle. Latency in both controls and network connectivity was very apparent. Not surprising either, considering that data had to travel from the internet, to my gaming PC, to the router and then to my laptop via wifi, and that every button-press had to travel this convoluted route back again, in a game where every millisecond counts.

I continued testing and found similar results with other games; single-player experiences were mostly pure and undegraded save for the odd stutter, whereas fast-paced online multiplayer was often best avoided through wifi. Valve does recommend that the service is used through a wired local area connection, however; so that was my next test.

With direct cabling set up, single-player games were now literally flawless. The performance of Call of Duty: Ghosts’ campaign was practically indiscernible from playing directly from my PC. To really test latency I fired up a couple of indie games where split-second timing was crucial – Super Hexagon and Race The Sun. For those not familiar with these, they are both high-speed twitch action games of obstacle avoidance, in which merely blinking can lead to your death. Once again, latency was almost non-existent. These two did uncover a bug, however, where neither of them played sound or worked with a gamepad. 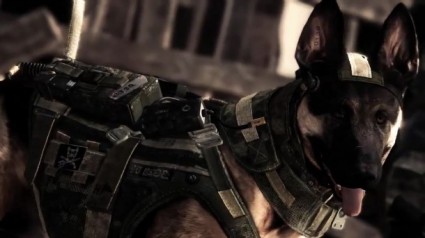 The ultimate test came in retrying a Call of Duty deathmatch. I was impressed to see that with a wired LAN, it was actually sort of playable. There was some lag, and the odd second of picture-freeze, although I managed to bag a few kills, and in all honesty wasn’t much more rubbish than I usually am at Call of Duty. Some multiplayer titles fared even better, such as Team Fortress 2 which was practically perfect. Whether this was down to different netcode which agreed with In-Home Streaming more, or perhaps due to the already more haphazard and inaccurate nature of TF2’s shooting I cannot say.

Rather than being properly baked-in to every Steam game, the In-Home Streaming feature literally just captures whatever is on your screen whilst playing a game and transmits it to the other computer. This did cause some issues, like the aforementioned problems with sound and gamepad input on some titles. It also got flummoxed occasionally, like when I was playing Ghosts multiplayer and told it to switch to single-player – this closes down the current game and loads up a separate single-player .exe, which happened as normal on the host PC but did not show up on my laptop.

This slightly primitive method of streaming actually has a big advantage though, one I did not see coming: it even works with non-Steam games by adding them to your library first, albeit with mixed results. Titanfall loaded up but stubbornly refused to stream to the laptop, and Splinter Cell: Blacklist just hung around indefinitely on the UPlay launcher. Hearthstone and League of Legends worked just fine, however, with Steam even displaying their respective launchers so that they could be patched and loaded successfully via my laptop. Nice one Steam!

Overall, I’ve been pretty impressed so far with In-Home Streaming, save for a few technical issues which I’m sure will be resolved in time. My own personal uses for the feature are limited currently as I only rent a small flat, but the opportunities for applications in a typical family home are evident. It’s also the future of the service which has me excited. No doubt we’ll soon be able to stream to both Android and iOS devices, and perhaps we’ll even see the debut of an OnLive-esque option which could let me play games from my home desktop on my office PC during lunch breaks. All-in-all, Steam have further cemented themselves as the application that does just about everything, and the one-stop destination for PC gaming. As if we needed any more convincing.