It might not seem like it but I spend time thinking about exactly what should be posted as ‘news’ on this site. Press releases, trailers, hot-wing challenges – it’s hard to know what to give my attention to. However, today I’ve found a new well to tap – games that don’t even exist.

That’s right. Today I’m going to show you ‘screenshots’ of a game titled Super Mario Huddle. Problem is, they’re not really screenshots at all. They’re just renders that a fan made. If Super Mario Strikers, Mario Golf and Mario Tennis then why not Mario American Football?

As you can see, some serious thought went into these. You’ve got a fully realised UI, characters galore and they even went into detail as to how it’d play. 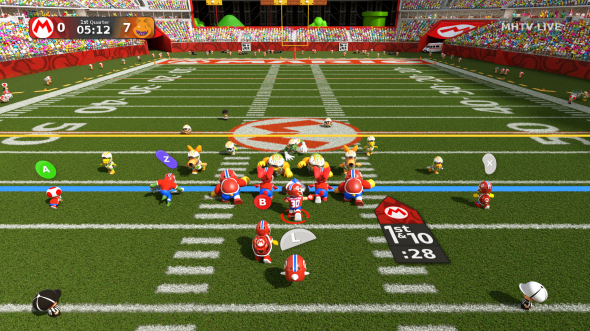 I can only imagine Bowser would be an amazing center.

“Each Quarterback has a certain Skill, much like in Power Tennis but set up like the super shot in Strikers.

A more cooperative mode would let the second player choose a star character to fill in as the Tight End of the Team, as that position makes for the most varied gameplay.

I would describe the gameplay as a mix between NFL Blitz and the EA Madden Games for Wii.

Arcade style, with no more than the basic rules.” 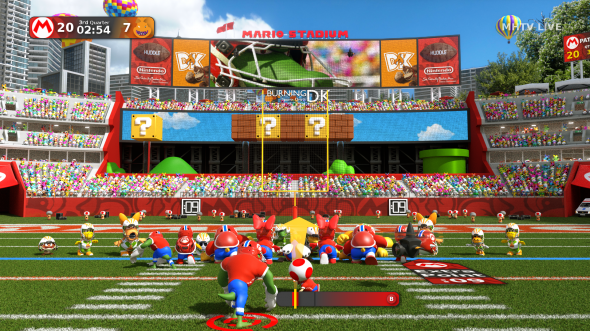 Going for 3-points. Let’s hope a Koopa Paratroopa doesn’t get in the way.

So if anyone at Nintendo is reading this please note that I would buy this and you need to make this. Thank you.