Don’t you get tired of games that keep on asking you to save the world, otherthrow oppressive governments or take on entire armies? It’s nice to see that Life is Strange is a game that’s about life as a gifted photography student in a small American town. No frills, no fuss – wait – she can rewind time. Oooh…

Still, the first episode of Life is Strange is a relatively sedate and unique experience that sets up a bunch of questions and offers very few answers. Only time will tell if this is a series that will pay off but the main thing is that after my time with episode 1 of Life is Strange it left me wanting more. That’s about as much as you could hope for the first in a five part series.To start with, Life is Strange isn’t so much a game you play but instead something to be experienced. This may sound like a slight, but Life is Strange comes from the same mould that Telltale Games uses in its The Walking Dead, The Wolf Among Us and Game of Thrones games, so hopefully that gives you some idea of what we’re dealing with.

You play as Maxine (‘Max’ for short) Caulfield. She’s a talented photography student who’s returned to her hometown of Arcadia Bay so she can attend the prestigious Blackwell Academy. Enrolling on a photography course, five years has passed since she was last in Arcadia Bay and quite a lot has changed, not least herself as well as her past acquaintances.

You have direct control over Max as she explores locations full of objects to interact with and characters to talk to. You’ll not be running or jumping over obstacles and there’s no bullets to take cover from. Instead, at your own leisure, you’re free to wander around and examine the world around you. As you get close to people or items of interest, a control prompt displays what commands you can use. 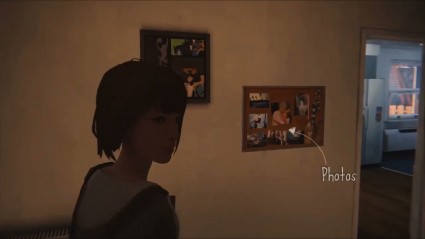 Talk to Photo. Eat Photo. Use Photo. Look At Photo.

These commands are mainly as you’d expect. You can look at posters, read journals, use computers and talk to people. Also, when you’re talking to people, you can make choices about how you want to respond in the conversation. In the first episode of Life is Strange, there were no choices to make under duress. Unlike other recent adventure games that force you to make decisions quickly and often throw ‘Quick Time Events’ at you, Life is Strange allows you to take your time and feeds into the rather laid-back vibe.

Speaking of time, we need to talk about Max’s ‘gift’. For some reason, early on, Max gains the ability to rewind time. This works well in this style of game as it allows you to see the outcomes of the different choices you can make without locking you into those decisions

Want to see what would have happened if you hadn’t stood up to the security guard? Rewind time and see for yourself. Want to tell the stuck-up rich girl what a bitch she is instead of trying to befriend her? Go ahead, rewind time and alter your future. As well as altering choices, rewinding time can give you entirely new choices to make. At the first go, Max won’t know the answer to her teacher’s questions. Failing to impress her tutor, you’re treated to a lecture that gives you the information you need to know. With a quick rewinding of time, you can now give the answer as if it were your own. 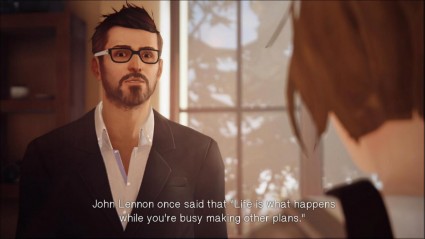 It’s a nice feature and it gives you an opportunity to approach conversations in a new way. You’ll no longer fear upsetting the people you’re talking to and you’ll more likely play around with your decisions a little more than you normally would. The moments where you need to use your time powers are well signposted as you wander through the time, so you’re never likely to miss an opportunity to bend time to meet your needs.

When it comes to the town, it’s well worth a mention. Arcadia Bay and its subsequent locales all contain a great level of detail that helps bring the story and world to life. You’ll be working through areas that are littered with items to interact with and you’d be wise to do so. Posters, journals and pieces of graffiti give an insight into what’s happening in the story though other times they just give you a feeling that you’re in a real, living and breathing suburb. 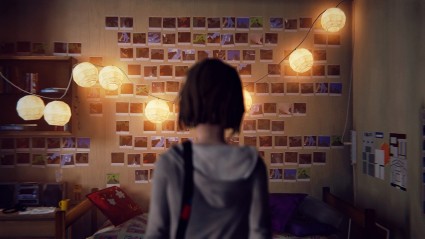 Trying to save the world? Nope, just trying to get good grades.

When most games offer fantastical and outlandish places to explore and often destroy, it’s nice to see a game like Life is Strange where you’re in a slow-paced town and you’re dealing with relatable issues. You know, minus the whole ‘time travelling’ thing.

The main enemies in this game are spoiled rich girls, pushy teachers and paranoid security guards. Your main goal is to rekindle the friendship you used to have with your ‘BFF’ who you haven’t spoken to in five years whilst also trying to play it cool with the boy you like. There are subplots about a missing girl and an encounter with a fellow student who’s both armed and dangerous but, until now, nothing seems to be screaming out ‘save the people, heal the town, fix everything’.

Life is Strange, so far, is focusing on the monumental task of ‘growing up’ and doesn’t seem to be asking you stop the annihilation of all life as we know it. As I’ve mentioned before, the spotlight is on small-scale, real world and entirely relatable issues is a strength of the first episode and one that I hope continues throughout the following four. 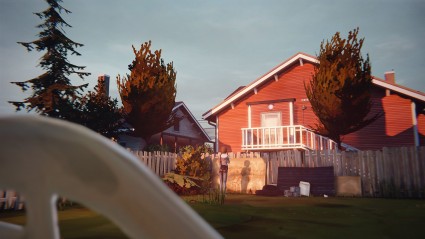 Also of note and adding to the muted tone are the visuals. Character models are somewhat exaggerated, almost cartoonish in their presentation, but the colour choices for the textures gives everything a somewhat ‘flat’ look. It works really well when used in conjunction with the use of ‘soft focus’ shots.

So, it turns out that I really like the first episode of Life is Strange. I can only hope that it continues to develop its characters, story and rewinding of time mechanics without having to ‘turn things up to 11’. If Life is Strange can deliver a tale that makes us care, make us feel like our choices matter and continues to run at its own pace, then we’re on to a winner.

Will we though? There’s a long way to go, so I’m not going to say that Life is Strange is taking down The Walking Dead: Season 1. What I will say is that this is a pretty great start and I’m keen to play on.