Do you ever have it where three or four games all merge into one in your mind? For the longest time, Overwatch, Battleborn, Paragon, Lawbreakers – it all became too much and turned into white noise for me. I simply stopped paying attention to them all.

This stopped for me when the review code for Overwatch landed in my e-mails, so I had no choice but to take an interest. This was lucky for me as it turns out Overwatch is an outstanding multiplayer shooter, though there are some caveats that I need to discuss.

The first thing that will likely strike you about Overwatch is just how colourful it is. People have made the comparison to Pixar movies and I’d go along with that. All of the characters stand out from each other, which is quite impressive given there’s over twenty to choose from. It’s not just visually appealing but also useful to the way the game plays.

The thing with Overwatch is that it’s a team-based shooter where each character has strengths and weaknesses and teams need to be balanced and work together. That’s why it’s so important that, at a glance, you can identify who you’re shooting and what they’re all about. For example, look at Roadhog as a character. Looking at him you can clearly see he’s not fast and is likely to be a tank. As well as the visual language, you’ll also pick up on audio cues – the revving of Junkrat’s motor will send fear into most people’s hearts as it’s a clear sign he’s about to blow everyone up. 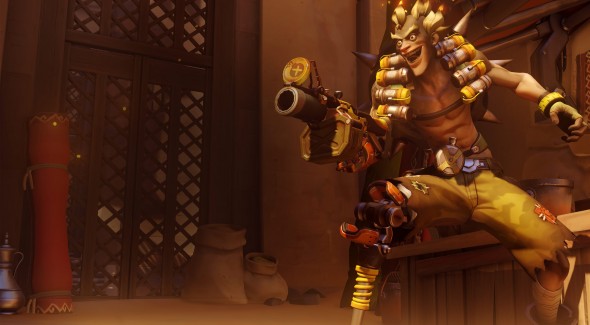 Whilst you’ll quickly learn what each character is and isn’t good at, it’s not as simple as picking characters that are ‘strong’ against the opponent’s characters. You’ve got to take into account who’s on your team and the synergy between your players’ choices. This is where Overwatch shines as it’s so much fun to discover new combinations that work well within a team.

It also helps that each character is assigned to a group – attack, defence, support or tank – they all play differently. Mercy, for example, is a character that straight-up heals people. Pretty straight-forward and a good choice as a support character. Symmetra on the other hand is also a support character, but more attacking minded. For example, she can give you a shield but the support she provides comes in the form of being able to place defensive turrets and build portals that allow the whole team to quickly get to where they’re needed. 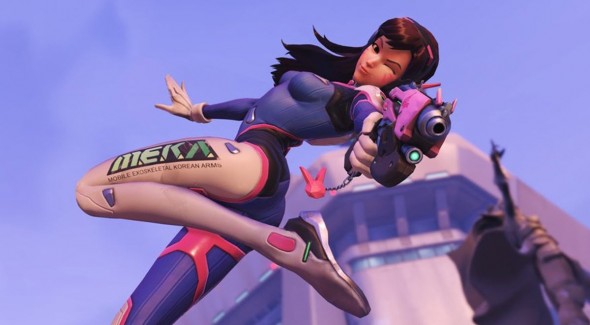 D.Va is technically a ‘tank’, but she can’t take too much damage.

So all this talk about characters and abilities is all well and good, but what do you actually do and how does it actually play? At its heart, Overwatch is an online team-based shooter where you need to work together to either defend or attack points on a map. Each character moves and shoots very differently but generally it’s safe to say that the gunplay is fairly forgiving. This isn’t a reaction based shooter like Call of Duty, with headshots killing you instantly and people banging on about ‘360 no-scoping’. The hit boxes of your enemy and the aiming reticule of your weapon are both fairly large so even those with less than cat-like reflexes should be able to contribute to them team.

You may have noticed, by now, that I’ve mentioned the word ‘team’ a lot. It’s inescapable that in a game like this you will lose or win depending on how well everyone on your side adapts and co-operates with each other. This is both great and terrible. 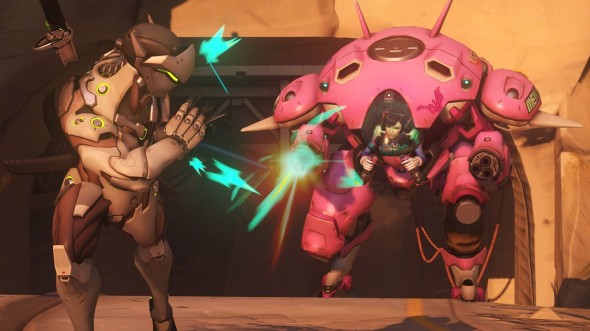 Not shown: All of your team-mates playing as Blackwidow.

Playing online with random people can be hit or miss to say the least. When you’re playing with friends and everyone is on voice-chat, playing their part and working well as a cohesive unit it leads to exciting and tense matches. When they’re not, you end up with a flat-out terrible experience which is nothing short of infuriating. If you don’t have a good team you don’t have a good time. Any attempt at creating a balanced team or forming some sort of strategy falls on deaf ears when no-one is using their microphones. You also still run into the issue where people think they’re playing Call of Duty and worry more about their K/D ratio than actually getting the payload to its destination.

There’s no respite from this issue due to the fact there’s limited game modes. Everything revolves around the idea of capturing a point on the map. Sometimes one team will attack whilst one defends, other times both teams will try and claim the point and sometimes the point will move and be called a ‘payload’. That’s it. 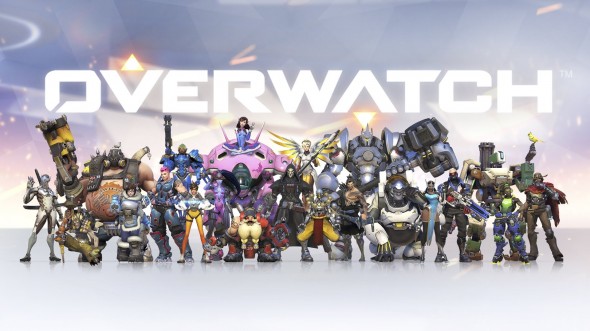 A good selection of characters – a somewhat limited number of modes.

It’s easy to see why this has been done. This is a team-based multiplayer game that’s all about working together, but when you don’t have a team that’s working well, it can be a total slog. On top of this, there’s only twelve maps, so it really doesn’t take you long to have seen and played everything.

The game itself is immensely entertaining and had me hooked enough to keep me coming back, but I can see the lack of modes and somewhat limited number of maps putting some people off. Also a potential problem for some will be the lack of progression you experience. Most shooters nowadays will have a levelling up system where you unlock new characters, skins or weapons, but Overwatch does something different.

Essentially Overwatch uses loot boxes full of random unlocks that you receive when you level up or when you pay real money. These loot boxes will contain new skins, new dialogue lines and so on but it’s all cosmetic. The problem is, with twenty one characters it’s often the case that loot boxes you obtain are full of items for characters that you don’t use or full of items that aren’t remotely interesting. It seems like its built in such a way as to encourage you to purchase loot boxes through IAPs and Blizzard will argue this is their way of paying for the free characters and maps that will be coming to the game shortly. So some people will find that there’s a distinct lack of carrot to keep you playing. 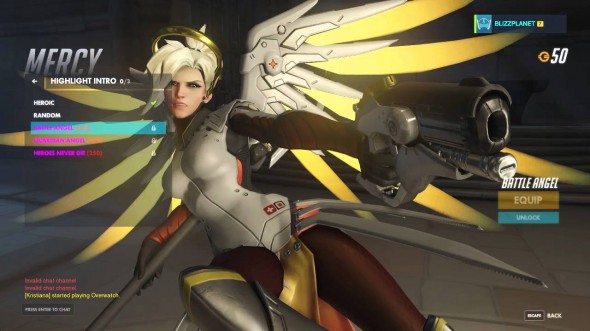 Make sure you’ve got one person who’s happy to play support – better yet – BE THAT PERSON.

Ultimately, I didn’t feel this way. I was fine with picking up new skins randomly and wasn’t interested in ‘prestiging’. I had a group of friends to play Overwatch with and I had a huge amount of fun learning how to play together using new combinations of characters in new ways.

I can’t recommend this game strongly enough – if you have a group of friends to play it with.