Team 17 are known today entirely for their incredibly popular Worms franchise, which has sold many millions and had many of us addicted to shooting each other’s worms with high powered weaponry. Some people who remember back to the days of the Amiga might also know them for Alien Breed, a tribute to the Aliens movies and a rather good game. Recently the game was resurrected as an episodic series, the first episode being released for both Xbox Live Arcade and PC. Unfortunately, it was eclipsed almost entirely on Steam by Valve’s free alien shooting gallery Alien Swarm. Can the second episode from those boys from Wakefield correct the balance?

How could this day get any worse?!

The plot line of this second episode follows on with from the story of the first. After a brief cartoon recap of the events from the first episode (a requirement I think in any episodic game) your character, Chief Engineer Conrad, now has to fight his way through this ghost ship in order to prevent it crashing through the atmosphere. It’s not the best written tale as it primarily seems to consist of you going from place to place in order to fix nearly every system on the ship, like the entire ship was a DIY botch job made by someone who was bored one afternoon. Writing for dialogue seems to be rather standard, but strangely there is absolutely no spoken dialogue for your advisor.

Literally a corridor shooter
Like that other game I mentioned, Alien Breed is an isometric shooter that takes you through the corridors of an abandoned ship as you run around shooting aliens, solving puzzles and repeatedly pressing the use key to fix things in order to advance. The camera angle is pulled way down so it’s very hard to see far in front which is designed to increase the tension but it actually quite annoying as the angle has been done better in other games. 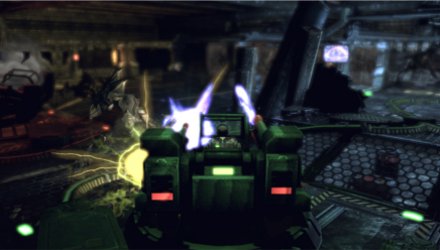 The other issue is that the game has only a few weapons and none of them are actually any fun to use. It becomes a slog to go through door after door. You also have a set of additional equipment such as grenades and health kits. Unfortunately, the grenades require a throwing time which is exactly the last thing you want when your fight big groups of aliens. It was maybe a design decision but it’s really annoying. The main issue with both sets of equipment is how little of each you will find and how expensive they are to buy from the save terminals. This means 90% of the time you are running around with less ammo than you actually need.

The game’s enemies are quite limited in variety but they have a nasty habit of swarming you when the opportunity presents itself. There are also several boss encounters that seem to be pretty simplistic and based around hitting specific points at specific times.

Those Aliens are unreal!
Alien Breed uses the Unreal 3 engine and it does get quite a lot of work out of it. The actual action does look rather good, with gunfire reflecting off the surfaces of the ship as you fight your way through. I’m not a fan of the art direction though; the main character looks exceedingly generic and he seems to lack any animations for anything even in the cut-scenes. The aliens also look like rip offs of HR Geiger’s creatures but nowhere near as visually interesting.

Whooo! Spooky Sounds!
In terms of sounds, Alien Breed’s effects do the job. They present an adventure through a ghost ship with some nice ambient sounds and ones for gunfire. I’m less happy with the backing music as it is entirely forgettable. If you’re playing Alien Breed, it isn’t for its audio. 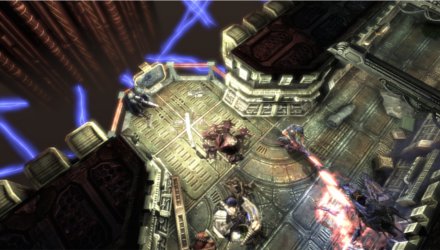 Breeding with a friend…
Alien Breed also has a co-op mode. You can either play one of three special co-op mission chambers or play the survival mode, which is also playable in single player. These modes add a little bit of extra play time and can be quite fun. I do recommend voice chatting through it to prevent any wasting of ammo and gear.

Is this a fine (Alien) Breed?
Alien Breed 2: Assault is a competent third person shooter, however, it is still overshadowed by Valve’s Alien Swarm, which is not only a better and more replayable game, but also free for any Steam user. That said, when a Steam sale pops up, keep an eye on Alien Breed 2 as it is provides a good few hours enjoyment, especially if you can get a co-op game running.