Dragon Age Origins, to me, was always something that could have been brilliant, but just fell a little too short the second it started to take itself too seriously. I remember playing Origins very clearly; sure, there was some light humour here and there but it was always good to put Alistair and Morrigan in the same party if you were up for an extra laugh to distract from the heavy nature of the plot.

Until I played the demo for Dragon Age II I was expecting to feel the same about the sequel. I thought it was just going to be another western RPG filled with over the top lore, sprinkled with a healthy dose of dragons and magic. I am so glad I was mistaken, as this has now turned into a potential winner for my game of the year so far.

For Fereld… I mean Kirkwall!

As can be expected of any game from Bioware, the story of Dragon Age II is dictated by the way you play and also dependant on how you played Dragon Age Origins. While you cannot import your character from Origins, you can import your saved game and all of your previous decisions, which will in turn affect the world and people around you. There are still preset scenarios to choose from if you did not play Origins so you will always have a different and unique experience.

DA2 is more like a collection of short stories set in the same location with the same people, the events of which are told in a rather disjointed and broken up way. The story of ‘The Champion’ is revealed by a mysterious and slightly arrogant dwarf named Varric, shattering the illusion of gameplay sometimes. The blight is nearing its end after the hero of Ferelden saves the day, and instead of taking on the role of a highly powerful Grey Warden this time, you will instead take on the role of a Ferelden refugee and his or her family in the vast city of Kirkwall.

Your main goal is to make a name for yourself in the city you have fled to, rising from rags to riches and gaining notoriety along with bigger and better contacts. The ultimate goal is never really explained, but a series of problems will pop up, in which you have to step in and solve for the people. There are the usual arguments between the power mad Templars and the Circle of Magi, and these will form the foundations for where your loyalties will eventually lie. 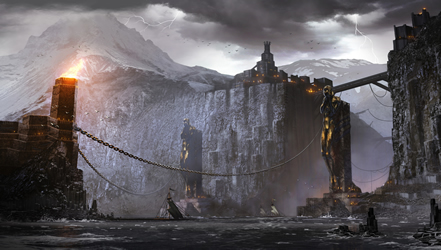 The city of Kirkwall is a stunning, yet quite depressing location.

Love what you’ve done with the place. It’s very, uh…
Unfortunately in a bit of a step backwards for some, the character creation tool has been drastically simplified. This is not a hindrance in my opinion, but many may feel that too many options have been stripped away from them, for example, there are no separate background stories for different races as you can only play as a human. You can only choose to be a mage, a warrior or a rogue as well. Each class obviously has their own merits, but this is nowhere near as complex as Origins. A simpler creation tool did allow me to jump into the action much quicker, though, which was a plus for me.

Another step backwards was not being able to equip my party members with the same equipment I was able to wear. Each party member has their own set outfit that cannot be changed, only upgraded from shops and whatever you may find in a dungeon. To me this removed the creativity you were offered before. Too often I found myself lugging around a load of useless equipment because it wasn’t suited to my character class, and I found it frustrating that all I could do was sell it or stash it in lack of being able to give it to anyone else.

Every companion you encounter on your travels also has their own cross to bear. Whether that is the death of a husband or a constant struggle to escape those who would try to enslave them, every character has a unique and interesting story to tell, and these tales are told far better through the new conversation mechanics. Instead of having just one camp location, each companion has their own home base, allowing you to take part in special conversations and occasionally initiate specific scenes depending on your relationship with said companion.

Whereas before, some characters could leave your party if you didn’t get on too well, this time thankfully they will not. There is no guarantee certain party members will stick around for the whole game, but rest assured this will be nothing to do with that petty little argument you had over who gets the shinier sword. Dragon Age II uses a friend and rival system, granting battle bonuses for each state of friendship. This means you can piss people off and they still won’t leave, they will just act differently in conversations and you will gain some sort of perk either way. Oddly, you can still have a romance with someone you are trapped in rivalry with for those who like it a bit rough. 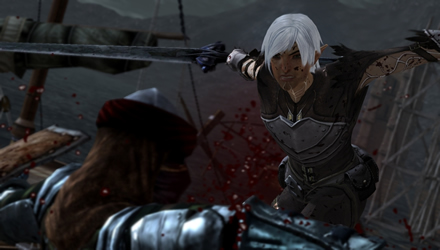 Some party members have bigger issues than others.

Depending on how things turned out in your save game of Origins, a few familiar faces and names may also pop up to say hello. Even this will require multiple play-throughs though before you get to see all, if any, of your favourite characters from Ferelden.

Despite the fact that your stay in Kirkwall is a long one, the city never seems to change with you. Merchants stay in the same location, only moving a few feet every couple of years, and no one seems to age. It would have been nice for your decisions to shape the world around you a bit more. It does seem like your decisions only affect your friendships, and not the actual city.

Multiple playthroughs will grant you entirely new plot threads depending on how you play. I was a little sceptical about how much difference changing my response to a few scenarios would affect things, but it really has. Brand new conversations will occur depending on who you have in your party at the time, and generic responses change depending upon your most common use of tone.

For those who are tactically minded, DA2 may be somewhat of a regression in terms of how it handles itself in battle. The emphasis on tactics is still there, and you have access to a plethora of different tasks and situations, but for those of us who are not blessed with incredible tactical brains, bashing the A button will do just fine as well. Of course this doesn’t mean that the game is simple and easy. There will certainly be some situations where you will need to use your brain at least a bit to succeed in battle. 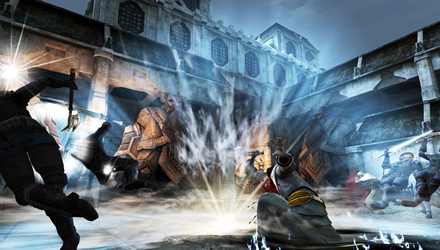 Unfortunately Dragon Age II suffers from the same issue I had with Origins; the map is just far too small. This didn’t really affect my enjoyment of the game, but I would much rather have had some more locations to explore, especially some other towns and inhabitants to interact with. Maybe I have been spoiled with other games though. I’m far too used to sprawling world maps, not region maps, and they all seem a little limited to me at times.

Crafting potions, runes and poisons has also been made significantly easier and has been implemented in an interesting way. Instead of having to do any crafting yourself, all you have to do is find the resources and a random set of acquaintances will helpfully go to the source for you and concoct whatever you need, for a price. The only catch is that these resources are sometimes hidden away, and these can and will be discovered by other travellers as the years go by. Never has it been more important to inspect every nook and cranny in order to get the most out of your crew of crafters, revisits to dungeons and caves also being very important to get some of the rarest resources.

Hey, weren’t we just here? Oh no, that’s a different chest…
One thing that does let DA2 down rather frequently is its repeated use of the same dungeon maps. This is a problem retained form the first game, but a problem that plagues many western RPGs like it. This can affect enjoyment of certain quests, making it feel a little rinse and repeat at times. You could say it is lazy on Bioware’s part, but with such a limited map it is hard to do anything more with it. Aside from that small hiccup however, Kirkwall is a stunning location with towering buildings and regal locations to explore, only occasionally disappointing in colour and texture drop-outs. 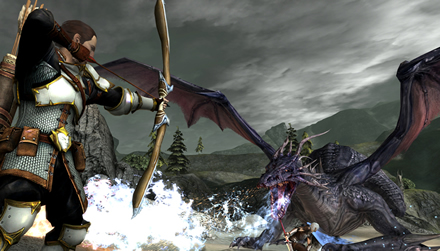 Most of the story told from Varric’s perspective is shown through a series of mural styled scenes, showing how your decisions have affected those around you. These are some of the most stunning scenes in the game, changing only slightly depending on how you play.

I wanted to be the broody silent hero!
The voice acting of DA2 is certainly up to scratch, with the return of a few strange accents. While all of the Elves in Kirkwall appear to be Irish, an elven mage who will accompany you sounds more like some sort of Welsh hybrid. At least she’s not Orlesian as well.

The main character actually speaking is a new addition, and not an unwelcome one. With a new speech system including many different tones, there are a variety of different ways in which your character can interact with their companions and the world around them. Sometimes these can change a bit too much when you’re just getting started, changing from nice, to sarcastic and finally to stern all in the same conversation. This soon sorts itself out though as you establish a personality for Hawke. 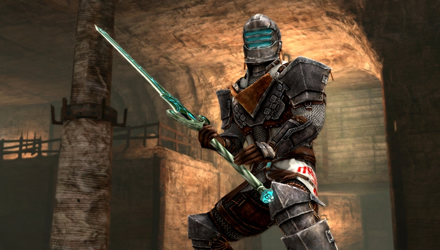 Again! Again!
Dragon Age II will take roughly between 30 and 40 hours to complete if you try and do absolutely everything. This does not include the DLC that is currently available, but this is already longer than I ever spent on Origins.

The finale to the game may not change no matter how differently you choose your path through Kirkwall, but this doesn’t really matter when each play through will have so many different events in-between, depending on how you react in different situations. A wide variety of characters and relationships to pursue will ensure that no two play-throughs will ever be exactly the same, unless you stick to all the same decisions.

This is a solid continuation from its predecessor, but will likely split the fan base. The story may not be as big and bold as Origins, but from my point of view that was definitely a good thing. Origins came across as a little bit pretentious at times, and preached too much about the end of days. DA2 is far more character driven, introducing new perils all the time with a healthy dose of humour; not just limiting itself to a horde of dark spawn and impending doom.