Review: Poker Night at the Inventory

If you were to tell me that Telltale were going to make a poker game, I’d laugh at you and tell you to go somewhere else with your madness. If you were then tell me you were playing Max, Strong Bad, The Heavy (from Team Fortress 2) and Tycho from Penny Arcade, I would kindly ask you to go away. Add to that some TF2 unlocks and I’d probably be calling you crazy.

Welcome to the Inventory…

Poker Night at the Inventory is, as it sounds, a poker game that takes place at “The Inventory”, a shady bar populated by your favourite Telltale game characters. You’ve been invited to an exclusive, high stakes tournament with four instantly recognisable characters that most Steam users should all find pretty funny. There is no real story to it, but there is definite progression; as rounds go by you the characters will open up slightly more as well as introducing some of their special items. 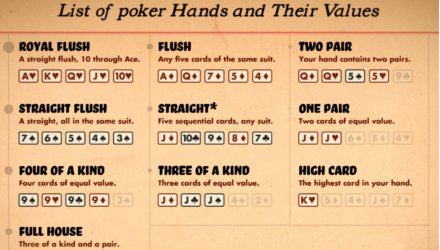 You will learn to love this screen

Poker? I never touched her!
As you might guess, Poker Night is a poker game. You play through some Texas Hold ‘em with the four other guys and it functions pretty well as a game of poker. All the usual stuff is here and it’s pretty easy to pick up. If you’re like me, who plays hardly any poker regularly, it has a handy tutorial and a quick reference sheet of different hands to let you get in on the fun. So far, so standard poker. However, Night at the Inventory also comes with some Team Fortress 2 unlocks earned through standard gameplay. It’s actually a well implemented system; on a few random turns, one character will be unavailable to pay his way in and so instead will use collateral. The items themselves are awesome from Strong Bad’s Dangeresque sunglasses to Max’s characteristic Luger. However, the rounds that actually include the items are few and far between and on top of that you lose focus in any round that they are included in as you have to knock out the contributing player.

Can’t read my Poker Face!
Telltale have their very own engine that they use in all their adventure games and it’s been put to good use in Night at the Inventory. It looks very similar to the Sam and Max games in terms of its art style but other characters have their own look; from classic source engine of the Heavy, right up to the heavily cell shaded look of Tycho. It can be a bit odd to watch the varying styles in motion but it does make sense to keep each of them independent. There are also one or two clipping issues with characters (primarily the Heavy) which can be a little jarring. I do quite like the various sets of poker table and card textures though as they are unlock after a number of wins. 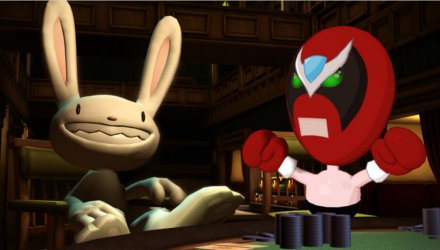 What could possibly go wrong?

The Chips are Down… but the Voices are turned up to eleven!
I think a major part of Poker Night at the Inventory is the sound due primarily to the extensive number of lines written for your fellow poker players. There seems to be a good variety in them, and they are all rather good, but they seems to repeat themselves quite a lot. It can be especially irritating with some of the stories which don’t quite hit the humour mark. All the voices match the character’s, especially Tycho’s which matches up to his slightly off kilter personality and his chilling love of giraffes. To match up with this is a rather nice ambient selection of music that evokes the feel of a speak-easy without being too blaring. The voice work is the star of the show here.

The reviewer has: Full House!
Poker Night at the Inventory is a competent poker game that happens to have a set of hilarious conversations strapped on top, if you know the characters. It’s fun to play and although lacking in multiplayer, is well worth the £3.25 buy-in, doubly so if you’re a Team Fortress 2 fan. Buy it.