Can poor gameplay be masked by excellent storytelling?

Games are now becoming such storytelling masterpieces that it’s becoming more common to hear of them being adapted to film. The Last of Us, Uncharted and Assassin’s Creed are currently going through the adaptation process right now but, importantly, they are games that are critically acclaimed (though the later Assassin’s Creed games are somewhat less so).

Often, the first ideas we have of upcoming games are about their story and with months of coverage before they even get released, it’s totally possible to completely buy into a game before you’ve even seen any actual gameplay footage. This happened to me with Murdered: Soul Suspect; the more I read about the premise and the story, the more excited I got and couldn’t wait to play.

What happens when the gameplay doesn’t live up to the storyline, though? As with my own experience, I have so far avoided playing Murdered: Soul Suspect because, from the pre-release reviews I read, it seemed to fall down on other aspects.

Murdered: Soul Suspect, soon my time with you will come. But not yet.

Similarly, the storyline of Heavy Rain was very engrossing, but the mechanics were definitely flawed. In the face of a game which was hard to navigate, it was the storyline that kept me engaged and playing. The multiple endings were then what drove me to replay Heavy Rain, rather than any real desire to jump back into a world of quick-time events.

In an ideal world, a game will have unrivalled gameplay and a compelling storyline a la The Last of Us, yet realistically, many of us have come to expect a sacrifice on either side in order to have an experience where the other criteria scores highly.

Whilst it can be said that it’s an easier task to bumble through a clumsily developed game that has a storyline that will grip you, it can often seem a chore to get from one good bit of story to the next. In one of my many Heavy Rain playthroughs I knew, with the help of a guide, that I had to complete a car driving mission without making any QTE mistakes. With a combination of frustrating QTE instructions and fumbling with the controller and ultimately, throwing it at a friend to finish it for me, it felt like a hard task just to get to a new variation of the plot.

I felt little satisfaction that I’d troubled myself with the menial task of just seeing a slightly different ending (though the subsequent platinum trophy helped take the edge off). 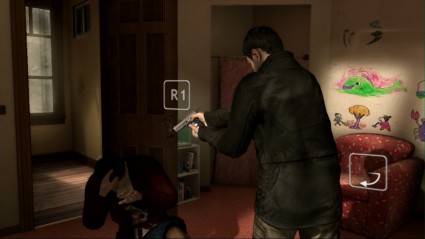 Quick time events in Heavy Rain made it feel more of a chore at times.

On the other end of the spectrum, then, we have the games that play well but have painfully generic storylines. Call of Duty fans would argue that the series has the best mechanics on the market but, undeniably, the storyline of the campaign mode is somewhat lacking. Repetitive and generic, the majority of Call of Duty fans will skip the campaign altogether to head straight to the multiplayer, where the gameplay is king.

In the case of Assassin’s Creed III, criticisms were voiced that the gameplay had become too complex and, over the course of the series, the plot too had become contrived and convoluted. One aspect many players were in agreement on was the addition of naval combat. With many crying out for naval combat DLC expansions and mini-games, some of the success of Assassin’s Creed: Black Flag could easily be attributed to the popularity of a gameplay feature which, potentially, saved a series in the midst of an identity crisis. 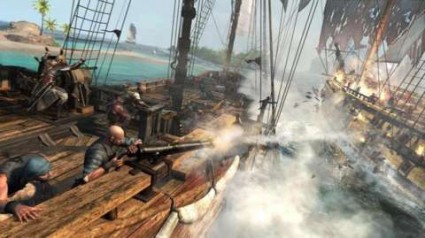 Naval combat in Assassin’s Creed was a welcome introduction.

Ultimately, though, games are designed to be interactive entertainment, so when the interacting stops being entertaining, there’s a problem. If mechanics stop you becoming involved in the most immersive storyline, then it’s hard to look past them. The faults will become all you can think about, what you’ll tell people about when they ask about the game: How many times you had to redo a certain part, how you couldn’t change the camera angle to show your view more easily, or how your A.I. companion was more hindrance than a help.

Game mechanics are the gateway to enjoyment. There’s nothing worse than trying to persevere with a game that you’re not enjoying, just to try and see a decent storyline through to the end.

For me, if playing a game feels more like pulling teeth, then it’s game over for the story.