Wii U: Where it is now and where it needs to go

I’ve spent an extended period of time with Wii U. I’ve played a lot of different types of games and allowed myself to go deep into the launch window to see what is offered.

It’s taken a while to gather my thoughts, but I’ve finally got a grip on them.

You may wonder why I’m not starting with the unique gamepad possibilities and what possibilities they offer in games? The truth is, that’s not the most innovative part of the Wii U.

Miiverse is the one fundamental feature of Wii U which no next-gen system will have the luxury of ignoring. It incorporates the best aspects of Twitter, Facebook and Reddit and meshes them together into something quite unique and interesting. Simply accessing the Miiverse, players will see a thread dedicated to each game. Click on that thread and they’ll see a barrage of messages from players who are currently playing the game or talking about it. It could be a picture message which someone has drawn to show off their stylus-skills. It could be a monologue talking about a feature in a game. It could be an in-game image captured while playing. It could just be a wall of text offering an opinion or giving a mini-review.

Miiverse is a social hub that is always on the go, and allows people to enter a forum-like environment and talk in detail about a game. Miiverse even allows you to talk about the game’s story (providing you shield it with spoiler tags). Players can even trade strategies, giving each other hints on how to beat a boss or overcome a particular obstacle. It’s an absolutely fantastic way of info sharing and rather than firing up a laptop to try and read a guide on how to beat something, players can talk amongst themselves while still using the console and without having to switch the game off.

The frustration with Miiverse is that Nintendo haven’t properly worked out how to embed it into the overall social environment of Wii U and have isolated it into a separate hub. It’s also impossible to upload your own videos at this point, something the PS4 seems to be relishing in.

When the Wii U is booted up, the Wara Wara Plaza fires up on either the TV or the gamepad (depending which you prefer) and shows choice comments being made on Miiverse about a game. However, this doesn’t allow instant access to the Miiverse tool, and you’re forced to endure a loading screen as a transition between menus. It’s nothing like the interface of the Xbox Dashboard which manages to make everything seem intersected. The Wii U interface is clunky and abstracted, and never is this more apparent than with your friends list which has its own separate hub as well.

That can be changed, however, and it certainly was with Xbox. Anyone else remember the original dashboard? We just hope that there are plans in place before next-gen arrives. Wii U will be horrifically exposed the moment PS4 and Xbox 3 pop up on the market. 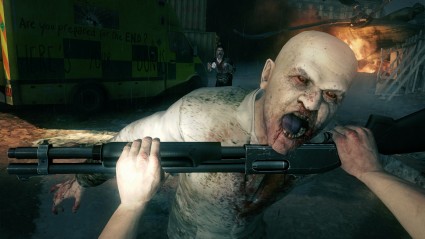 Games like ZombiU are great, but there’s not enough of them.

Nothing is seamless
Despite Nintendo saying Friend Codes have been abolished, a form of that system has still been inherited on Wii U. Both parties have to add and accept each other. Equally annoying, if you add someone, they won’t receive a notification of that. You’ll have to notify them yourself.

Also, one of the biggest jokes of the Wii U is the Pro Controller. The controller that was touted as Nintendo’s hardcore controller is not fully supported by all games, including New Super Mario Bros. and Nintendo Land. Yes, really.

Main titles like Assassin’s Creed 3, Batman and Darksiders do work with it, however, and the pad actually works well controlling these games. It’s just peculiar that many major titles are still left wanting. The pad has a nice feel. It’s big, sure, but I never felt more comfortable playing Darksiders, and I picked up Creed without any problems at all.

Wii U Gamepad and gameplay
So, the main event. The Gamepad. Despite being around the size of a tablet, the Wii U Gamepad quickly becomes very comfortable to hold. It’s not the arm-ache you might expect, even over long gameplay sessions.

On-pad gameplay with the TV off, for me, is a much used feature. We watch a lot of TV shows, and I like to keep playing games while I’m doing that. I’ve already put this to great use on titles such as Darksiders, Batman, Trine and more.

However, the additional gamepad usage really adds to and enhances games. Arkham City and Darksiders 2, in particular, are real stand-outs for me, and offer definitive editions of both games. Also, being able to play online Black Ops 2 on the Wii U gamepad screen without need of a TV is, frankly, revolutionary.

Sadly, however, games like Arkham City and Black Ops 2 sound as if they’re scratching all hell into the game disc and as if the machine has to work overtime just to keep up with the game. Considering some of these titles are over a year old, this borders on the embarrassing. Even ZombiU, a game engineered for Wii U, sounds like it’s punishing the system.

The eShop interface also feels convoluted and cluttered compared to the simplicity and style of both Xbox and PS3 dash. Again, something Nintendo really need to change as soon as possible. The age restriction issue is gone and that was another massive barrier Nintendo had in place.

However, the biggest problem for me is that, while you can create multiple profiles on your Wii U console, only one can be active at a time. That means if you have two friends playing at once locally, both of their profiles won’t be signed in and both of them can’t be tracked. An unforgivable oversight from Nintendo. What’s strange, however, is that through Black Ops 2, multiple profiles can be signed in and stats can be tracked. So, this is possible on Wii U, but Nintendo have just decided not to publicise it, nor make use of it.

Another issue is, of course, the lack of a trophy/achievement system. It’s hard to imagine this not being an amazing addition considering the potential of Miiverse. Fortunately, this is easily added to the Wii U, but it was a real mistake not launching with it.

This is probably more of a software issue and something Nintendo will hopefully change in the next six months. That doesn’t change the fact, however, that the Wii U interface is dated and clunky, and already feels like its several years out of date. 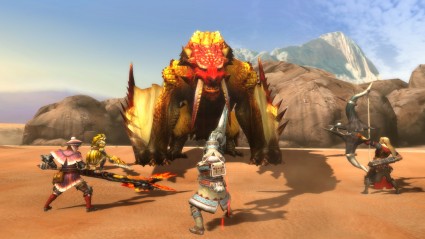 Monster Hunter has seen sales improve. There are signs of improvement.

So, what now?
By the day, Wii U takes a hounding. Frostbyte 2 won’t be supported. Unreal Engine 4 doesn’t cater to ‘old tech’. This massive third-party release isn’t coming, that massive first party game got delayed, former exclusives are going multi-platform.

It could be going better for Nintendo, right now.

How do they get back in the game? Quite easily. Produce the immense third-party support that was promised when the system was announced. Put together some huge firmware updates, sort out the interface, make things more fluid, change the design a bit, give more support to multiple profile sign-ins, offer more compatibility with the 3DS and add an accomplishment system.

Here’s Nintendo’s jewel in the crown, however. Indie games. Make more of Indie games. Keep offering enticing deals to new indie studios and give them a chance to blossom and shine on your system. Nintendo have the opportunity to be ahead of the curve on this, and right now, they’re not doing enough to seize it. Titles like Chasing Aurora, Trine 2, Little Inferno, Toki Tori 2, Nano Assault Neo, Mighty Switch Force and more are already doing great things on the eShop, but Nintendo need to keep getting more.

That’s the main issue plaguing Wii U right now; games. Where the hell are the games? The launch window for the system has been excruciating. We had a bunch of old re-releases at launch, and not much since. Sure, recently we’ve had LEGO City Undercover and Monster Hunter, and word has already reached us that the system has sold better because of the Monster Hunter release. So, shouldn’t it be obvious what they need to do?

Nintendo, stop sitting in a corner feeling sorry for yourself. Stand up. Dust off and get to work on the things you promised. Should you have called the system ‘Wii U’ and produced such a poor advertising campaign? No. Should you have been more next-gen with your system? Hell yes. Can you rely on your first party games to carry your home consoles? No, you cannot. Should you have let Rayman Legends go multi-platform so easily, forced the completed Wii U version of the game to be delayed until September just so the titles can launch together on all-formats? HELL FUCKING NO.

I love Mario, Zelda and Metroid as much as any Nintendo fan, but they’re not enough to keep your system afloat. Those third-party contracts you seem to keep losing are not acceptable losses. The Black Ops 2 map pack should have been released on Wii U. It’s out on every other system now. Why haven’t Nintendo fought for this?

How about The Tyranny of King Washington? Ubisoft keep saying it’s coming to Wii U. Well, where is it? Xbox and PS3 owners are already done with Episode 2, and Episode 3 launches in just a few weeks.

Just look at the 3DS. Look how well that’s doing now. Guess what? It’s not just surviving on Nintendo products, either. That could be the Wii U, guys. That could definitely be the Wii U.

Right now, I’d find it hard to recommend anyone buying a Wii U. From a retail perspective, yes, ZombieU is great, as is LEGO City Undercover and Mario Bros. and Monster Hunter. On the eShop, Toki Tori 2 is coming and Zen Pinball is out, but Nintendo have still not proven to me that they’re paying this system enough attention going forward, and four games is not enough to justify buying a new console. They still don’t seem to grasp the importance of system upkeep. Look at PSN and Xbox Live. Weekly content. Good or bad, that counts for a lot. At this point, we’re lucky to get fresh monthly content on the eShop.

Should you buy a Wii U? Ask me again after E3. If Nintendo fail to deliver there, they may as well cast off Wii U as the ‘Dreamcast of this generation’ because by the time Christmas rolls around, the system will be old news and the limelight will be on Microsoft and Sony.

Nintendo still have a chance to turn things around, but they need to do the right things and they need to start doing them now.