When you’re about to interview one of the biggest names in the gaming industry, nay, the biggest interview you’ve ever conducted, naturally, you’re going to want to make an impression. However, in the pouring wet and chilling cold of London on a Friday evening during rush hour, my plans didn’t exactly come together. As it turned out, I was almost ten minutes late to my interview with Yuji Naka (you know the guy who created Sonic the Hedgehog!) and felt more than a little bit embarrassed.

Mercifully, both Yuji and his translator, Toru Sasaki still greeted me with a warm smile and were open and receptive to my questions. I only had time for a half hour slot with Yuji and mine was the last interview of the day, yet even though he was very tired and worn out, Yuji Naka was still friendly and made time for our line of questioning.

I conducted this interview with Laurie Jones who was present throughout. This took place the day before Yuji’s keynote at Eurogamer.

RW. Firstly, I’d just like to say what a massive honour this is for me to be able to speak with you today. Your success in the industry is well known and appreciated by myself and my colleagues. Thank you for taking time out of your schedule to talk with us today.

“Thank you, it is no problem.”

RW. You’re best known for your work with Sonic the Hedgehog and Sonic Team and now you’re working on a brand new intellectual property with Ivy the Kiwi. With the global recognition of Sonic the Hedgehog, do you feel Ivy could attain a similar status given time? Do you feel a sense of pressure based on your past gaming catalogue?

“I’m in a fortunate position that I do not feel pressure and relish a challenge. This is something new and something different for me and it is my hope that Ivy is a game that many people will want to play.”

RW. Where did the ideas from Ivy the Kiwi come from? How did she come to be and why a Kiwi?!

“The concept of Ivy the Kiwi came from an idea of having the game support the main character, not the player. I wanted it to be the players responsibility to manipulate the environment in such a way that he or she is aiding the character achieve something rather than the player being in direct control of the character. In the case of Ivy the Kiwi, the objective is for her to reach her mother. As for why Ivy is the main character, the idea was to create something cute and identifiable for players of all types and of all ages and to create something that would stick in the players minds when they’re in the game or if they are away from it.” 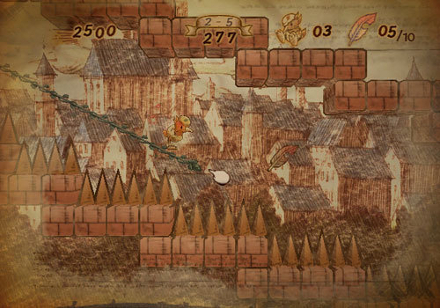 RW. There is a lot of criticism lobbied at some of the games of today regarding a lack of a story.  How important do you feel it is to implement a story in a game and how have you approached this in Ivy the Kiwi?

LJ: Do you use cut-scenes to describe what’s happening in the story?

“We have not used cut-scenes within the game, however it has been made very clear to the player what is happening in the story and how Ivy’s quest to reunite with her mother is going. When the player completes a level, there will be a picture book available to the player so that they can view everything that has happened to that point in their adventure.”

RW: That’s a very innovative approach. I like the sound of that.

RW: Moving away from Ivy for the moment, I wanted to ask you about the recent uniting of former platform rivals, Sonic the Hedgehog and Super Mario. Considering the console wars of yesteryear, how do you feel now that both of these characters have now come together in the same game?

“It was actually me who approached Nintendo with the idea of putting these two characters together in the game as I was well aware of the fan desire to see this happen.”

RW: Oh wow, so this is all your doing? *laughs*

RW: Well it was certainly the right decision as the success of both Olympic games on Wii and DS has been incredible.

“Thank you, it is good to know I made the right decision.”

RW: Continuing on the Sonic thread, considering all of the titles you’ve worked on with Sonic Team and during your tenure in SEGA, which is your favourite Sonic game and why?

“I loved working on them all but my favourite remains the original, Sonic 1. It was here all of our ideas came together, that we were able to realise our vision and bring it all together. This is my proudest moment and one I am happiest with.”

RW: I would completely agree. I’ve replayed the games recently and even from 1991 the game still holds up incredibly well and is still addictive and fun to play. That’s a true testament to the amazing work you’ve done. 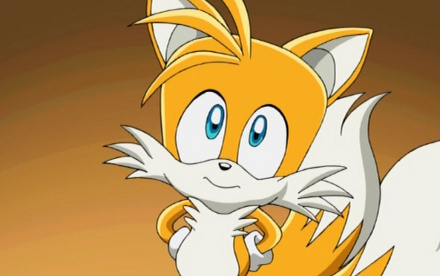 Why does he have two tails?!

*laugh* “The idea of Tails came from wanting to have a flying fox as Sonic’s partner in Sonic 2. We thought long and hard and drew up many concepts but in the end saw the idea of two tails serving as a propeller for Tails to fly around and help Sonic in his quest.”

RW: And why is Robotnik the only human in the Sonic World?

“Dr Robotnik is a slightly radical representation of all humanity and the impact humanity is having on nature. In 1991, it was a very sensitive subject to talk about the environment and while I had my viewpoint, I did not speak of it. With Sonic, I was given an opportunity to express my views in a different way and did so, showing Robotnik using pollution and creating machinery which desecrates the environment and it is down to Sonic to change his ways.”

RW: I must have been blinded by brilliant gameplay to have not really read that much into it but I see that now.

LJ: This was an early ecological message in games. I picked that up from the way Sonic collects cute animals at the end of the levels.

“Yes, one of the first ecological messages in a video game I believe.” 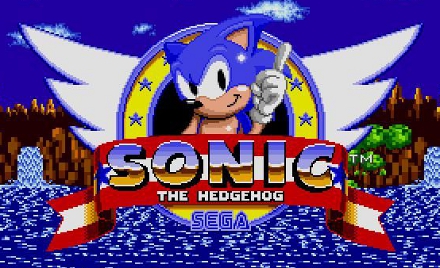 RW: Moving away from Sonic again and back to the present. You famously left SEGA a few years back to form Prope and to start working on your own ideas. I wonder though, do you still feel constraints? Do you feel you have unlimited creative freedom or do you still find you have to hold yourself back on some concepts?

“I was very comfortable working with Sonic Team and SEGA for many years; I was given a chance for a lot of freedom and was able to express myself a great deal within games. I find working with Prope to be similar in many ways, that being said it is different and I do feel there is more freedom available to me than before.”

LJ: You can work on new licenses and new properties now and aren’t constrained to working on a single intellectual property and can exercise your freedom much more than before.

RW: Finally, I’m going to put you on the spot and ask, why should people buy Ivy the Kiwi? *laugh*

*laugh* “Well, at first, this may seem to be a game that plays the same as the rest but it comes with a very different control scheme, it is something that players will not have experienced or tried before and therefore this can create scenarios that the player will not expect or be able to predict. I feel this will make the gameplay exciting and interesting for players of all types. It is my hope that Ivy the Kiwi is received well in Europe and around the rest of the World. “

LJ: It sounds great; I can’t wait to try it out. *smiles*

RW: Nor can I. Thank you so much for taking the time to talk to us today, enjoy the rest of the weekend and have a safe journey home.