Rarely can a studio debut knock you so far off your feet that you’re still scrambling to get up days later.

With Deadlight, Tequila Works have not only accomplished that, they may have just put forward the finest Xbox release this year…

Living in a broken world

Players are cast into the shoes of Randall Wayne. Under normal circumstances, Randall wouldn’t seem much of a hero. He’s just a normal guy who loves his family. However, with the world turned upside down, obliterated by bombs and engulfed in shadow, suddenly he assumes a role he never would have imagined in his wildest dreams.

The game’s story is told by diary entries, personal thoughts and through the eyes of Randall. It all begins in Seattle which has been overwhelmed by crazed shadow abominations that have a hunger for human flesh. America has retaliated by fighting back, but as the numbers seem to grow, desperation has set in. To quell the epidemic, the beautiful landscape of North America is destroyed by weapons of mass destruction.

As one of a few remaining, Randall sets out to find his friends, fighting desperation and hopelessness that are so keen to set in as he sees his beautiful country torn asunder. His psychological barriers tumbling down around him, and his physicality gradually fatiguing, Wayne attempts to confront the impossible in his bid for survival.

Descend into despair
Deadlight draws inspiration from many places. At first glance, retro-enthusiasts will see Flashback-esque influences. With its darkened atmosphere and run-jump platform mechanics, it’s not hard to see why. Play for a little while though and you may start to see some Shadow Complex, I Am Alive and even Alan Wake in there. 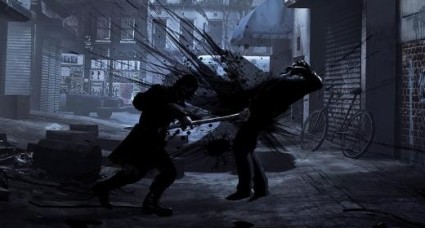 Deadlight handles wonderfully. There’s no issues with responsiveness, and the game is extremely eloquent in its easiness to pick up and jump in. It’s action-packed, entertaining and extremely engaging from the word ‘go’.

You’ll feel your character’s vulnerability right away. Your best and strongest asset is your ability to run. When facing down a horde of Shadows, facing them head-on will see you lying in a pool of your own blood. Randall has decent agility, and can leap over obstacles, bounce off walls to get higher height and even tackle his enemies to the ground if he has enough momentum; but he is not made of titanium, nor is he immortal.

While you’ll eventually be able to wield a fire-axe to cut your enemies down, and fire off a revolver for clean headshots, both stamina and bullets are in limited supply. Despite Randall’s dexterity, he only has a limited amount of stamina to his name. His dexterity will gradually deplete as players perform strenuous actions, however. Swinging the fire axe will gradually tire out Mr Wayne, as will climbing or gripping onto the landscape.

This is where using the environment becomes utterly crucial to your survival.

Wayne can taunt Shadows to come towards him and lead them into traps. He can either whistle in their general direction or beckon them over with words. These taunts can lead the blind-with-rage Shadows down into vast chasms, see them impaled by giant spikes or crushed upside a wall. However, these dangers can be equally perilous to Wayne who will need to keep his wits about him. 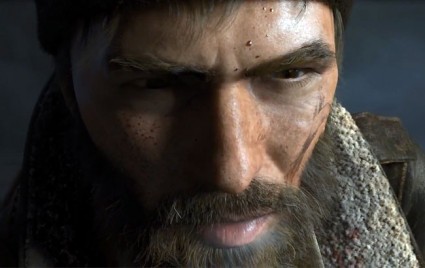 Normally, he wouldn't be looking for any trouble

Where there is hope…
Deadlight is beautifully presented with the very popular Unreal Engine 3. While this has been put to good use in open-world epics like Arkham City, its incredible to see it power a side-scrolling platformer. It’s hard to believe that a game of this type can look so gorgeous set against such devastation and anarchy. A few animation hiccups aside, Deadlight is fantastically fluid.

Deadlight is at its most elegant when you’re gazing at the backgrounds. There’s so much activity in every scene, whether it’s a pouring waterfall, or a hanging corpse, that it can almost distract you from the game’s action. Deadlight is an extremely busy game at all times; whether you’re gazing at a beautiful open sky at day, or traipsing through the deepest recesses of a sewer, there’s always so much to absorb.

Its unique identity is further carved out through comic book cut-scenes. Due to the brutality and atmosphere, these do bear similarities to Robert Kirkman’s Walking Dead graphic novels, but they absolutely feel unique and specific to this game. The cut-scenes mesh wonderfully with the game’s art style, and are an extremely appropriate way for the game to convey its narrative to all of us.

Screams of terror
The sounds are as active and widely varied as the sights. Rats squeal as you move cautiously through the sewers, birds cheep as you make your way out into the sunshine, and rocks crumble as you run across them. Players are made part of a living, breathing universe that reacts and responds to every action.

The game does suffer from some questionable dialogue and voice-acting however. The lead actor occasionally comes across as under-stating his lines, but on the whole he does a good job. Some of the script also seems to expose broken English or lacks the full power that such a scene should have.

The music though, is absolutely pitch perfect. A beautiful mix of annihilation and hope merged into each symphony, evoking such mixed emotions in players. Each piece is so wonderfully suited to its scene that it’s almost uncanny. 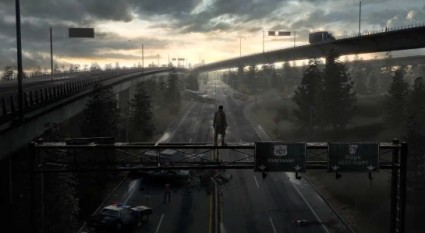 Hints of Cormac McCarthy's The Road are loud and clear

Lifelight?
In a year where the independent scene of gaming has produced some of its finest material to date, Deadlight stands side by side with the best of them. It’s better than Fez and it’s as good as Trials Evolution and Journey. Tequila Studios have delivered a relevant and entertaining debut title that is full of soul, quality and style. Deadlight is the finest Xbox 360 exclusive this year; unequivocally making it the crown jewel of this year’s Summer of Arcade.

That digital age we’ve all been saying is ‘coming’? 2012 proves beyond a shadow of a doubt that it’s already here, and tearing big-budget blockbusters down to size with an excellence far-surpassing a very meager budget.