When was the last time you popped an SNES cartridge into your console? Hell, when was the last time you popped any kind of cartridge in? For some, the answer may be “Oh, I just popped one in yesterday!” and for others, the answer may be “Come to think of it, I don’t know…” This article, though, isn’t meant to be aimed at any one of those groups of gamers in specific. Whether you only play games on weekends, or eight hours a day; whether you only own a PS2 or you’ve had every console since the Atari 2600, this article is meant for you.

It’s pretty commonplace that the Wii isn’t respected much in this industry. Though it grosses almost as much cash as the 360 and PS3 combined, no one seems to really see it as a console. In everyone’s eyes, it’s more like a toy. So it follows that Nintendo’s main mascot, Mario, is associated with children and playthings, but can you really say that Mario games are made for kids now?

Long ago, over twenty years ago (way to make me feel old – Andy), a small man in the common wear of a construction worker took on a large gorilla, wielding only a sledge hammer, in order to save a princess of some unknown kingdom. Today, that same small man, large nose, moustache and all, is still questing game after game to save his beloved, who still somehow has not achieved the rank of Queen (perhaps it’s her constant absence from the kingdom due to kidnapping). Mario still jumps, Mario still tosses fireballs, and Mario still wields his trusty hammer from time to time. Why, then, is he considered a character for the kiddies?

Well, you might say, a lot has changed in twenty years; you’d be absolutely right. Gone are the days when consoles warred with mascots instead of money. In fact, I’ll give you ten bucks if you can tell me who Microsoft’s poster boy is now. There are so many successful franchises, and none of them are ever-lasting anymore, not in the way that Sonic, Mario and Megaman are. Even if a game is submitted with the label of being the final adventure Mario ever has, it doesn’t mean it’ll be the final game with Mario in it.

With games like Mario Party, Mario Tennis, Mario Strikers, Mario Baseball, that obscure basketball game on the DS, and so on, the legend will never die, and neither will his name. Perhaps these games are the reason Mario’s now for babies. Despite me being a fan of all these games, I’ll admit that they aren’t exactly mature, but when has Mario ever been aimed at just a mature audience? 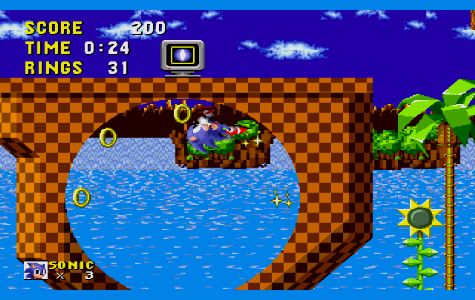 Round and round we go

When was the last time Sonic sparred with Dr. Eggman and you saw a shot of blood spray the walls? When has Megaman ever actually fired his buster gun and shot a searing hole through human flesh? I don’t ever remember Mario breaking anyone’s spine when he jumped on their head. My point is this: nowadays, your average game is centered around turning a gun on your enemy and shooting them until they bleed too much to shoot back anymore. If there’s a wall you can’t jump over, blow it down; if there’s a large enemy in your path, shoot it down. Where are the boss battles that are puzzles in themselves? Where are the whacky visuals unique to each level?

Every month, a new game is released that everyone raves about, and what’s the game usually? A first person shooter set in a gray world, with photorealistic explosions and debris, nothing entertaining or aesthetically pleasing; everything setting a dark mood, a military atmosphere. Games today recreate how truly thrilling and terrifying it would be to be crouched over, slowly peaking your head around a corner only to find the enemy’s red dot right where your eyeball was before he shot it through the other side of your head. My question is, why do we need every game in our library to look as if it takes place in real life? 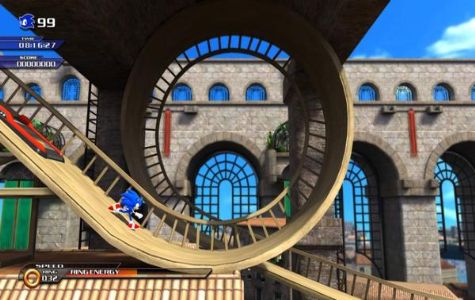 What happened?! It's all 3D

Doesn’t anyone remember the time when, if you were going to play a game, you could never expect it to be anything like reality? We used to turn on our consoles to escape anything and everything real; all the violence, all  the troubles, the fact that in life mistakes couldn’t be erased. In our games, if you screwed up, it didn’t matter, because you still had four more lives, or half a health bar left. Now, if you’re shot in a game, you have to limp behind cover and perform impromptu surgery to remove the bullet before you can go back out to fire some more rounds. And if you shoot the third guy on the left in the stomach, you’ll trigger a cut-scene about his family crying, and gain bad karma.

Okay, so maybe that was a bit exaggerated, but you see my point, don’t you? Another point I want to get across is that for the majority of us, old school games like Sonic The Hedgehog debuted when we were kids ourselves, and we loved them. We didn’t need blood, and we didn’t need cut-scenes, all we needed was a controller and a game. Most of us seem to forget though, that the thirty-button controller we pick up every day is based on that rectangular thing with four buttons and a directional pad that Sega called a controller.

It isn’t necessarily that Mario has become for kids, and that Sonic is a failing formula. Nor is it that Gears of War is for adults, and Halo is the perfect formula. It’s that we, as gamers, have changed completely from the days when technicolor landscapes tickled our fancies. 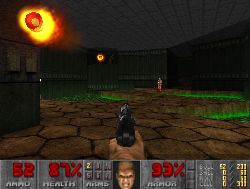 Currently, if you look in the average person’s game library, you may find a copy of The Sims, a sports title, and maybe even some kind of platformer, but the majority will be action games involving blood, guts, and gore. This is because the average person who plays games isn’t a kid anymore. Call of Duty is only considered a mature game because it isn’t designed for a child to play, but that doesn’t mean that Mario is. Mario just hasn’t changed his fun-loving, evildoer-stomping ways like we have, so he’s still acceptable for the use of a kid, but it doesn’t mean an adult can’t still have fun with him either.

So, my challenge to you is to find your favorite old games, and I mean games before the era of three dimensions, try to play them for at least an hour, and then put in your favorite game recently released and try to see what elements from the old games you played are still around for the new ones. It won’t be obvious at first, but I’m sure you can spot some relation. Whether you do or you don’t, I’d love to know your response to this article. Happy gaming y’all. 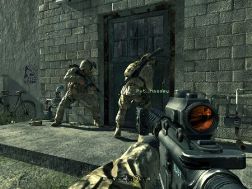