I deliberated between the Xbox One and PS4, and chose the Wii U

The next generation is finally here. Excitement! Enrapturement! Expensiveness! Though which of these two shiny new boxes of magic and wonder to purchase? Getting both would be just greedy! In one corner there’s the Xbox One with its love of non game-related media, and its eyes and ears that study your every move. In the other corner stands the Playstation 4, the great-value gaming machine that loves games so much, it keeps giving you them for free (ish). Both are out and ready to buy right now. So which next-gen console did I just choose? The Wii U.

“Boo! Hiss! The Wii U isn’t proper next-gen. It’s doomed!” I hear you say. Though bear with me a minute while I explain my decision. It’s no secret by now that the launch titles for both the Xbox One and Playstation 4 are less than fantastic, quite typical of new console launches. If we look at exclusively next-gen releases, they range from the merely decent Dead Rising 3, Forza 5 and Killzone: Shadow Fall to the infamously mediocre Knack and Ryse: Son of Rome. There’s also the slew of missing features and things that aren’t quite right yet – issues that will all be resolved in time.

So why hurry to buy either machine? There’s the oft-forgotten third offering from Nintendo, and it’s cheaper, well-established, and with an arguably better and more extensive games library. Sure, the Wii U has been slated for some time now about its limited library. Though with the recent releases of Super Mario 3D World, Wind Waker HD and Pikmin 3, it’s managing to build up a roster of those classic Nintendo games we’ve come to know and love. 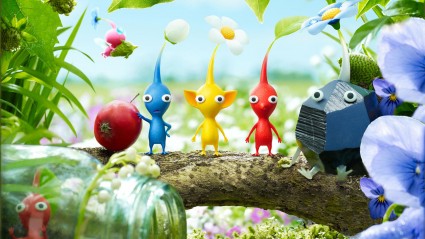 Let’s not forget that this next year brings Nintendo behemoths such as Mario Kart 8 and Super Smash Bros U. No doubt there’ll also be some excellent releases for the Xbox One and Playstation 4, although at least the Wii U has some great games to play right now. Not to mention it’s the only one out of the next-gen three to be backwards-compatible, so you can delve into the entire Wii back catalogue whilst you’re at it.

The price parity between the three can also not be ignored. Whilst the PlayStation 4 will set you back £349 and the Xbox One £429, the Wii U can be had for a much less eye-watering £200-250 including a game (I was lucky and managed to bag one for £200 including Nintendoland and two extra games). Oh, and annual online subscription fees? What annual online subscription fees?

Nonetheless, there are some caveats. If your main focus is shooting and sports games (a decidedly large chunk of the gaming population), the Wii U is not the console for you. In fact, I’d go as far to say that the Wii U in its current state is not an ideal primary games console for anyone but children. Due to its poor sales performance so far (the Xbox One and PS4 both sold more in 48 hours than the Wii U has in its lifetime), many third-party publishers aren’t currently supporting it with some of the major blockbusters like FIFA and Battlefield. Hopefully the console will start to gain some momentum and this will change.

So what purpose does the Wii U serve? Like the original Wii, it’s in a niche of its own. Take my situation: I’ve got an Xbox 360 and PS3 which are keeping me busy with mopping up the great offerings left from this generation (I’ve not even got through The Last Of Us and GTA V yet, for crying out loud), and I’ve also got a gaming PC that’s keeping me well-served as far as graphically intensive multi-platform blockbusters go. 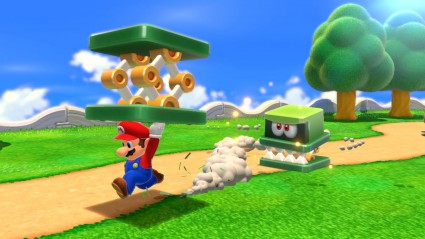 The Wii U, then, is the console that serves up slices of that special Nintendo magic that you can’t get anywhere else. The console where everyone is welcome to take part. The console where graphics take a backseat to pure unadulterated fun (although don’t get me wrong; some games look gorgeous). It’s probably not going to be your one-stop-shop for your gaming fixes for the next few years, but I can guarantee that it’ll make for one hell of an ancillary console.

So this generation, why not root for the underdog? Sure, feel free to save up for an Xbox One or PlayStation 4 later down the line when they become must-buys with heaps of great exclusives. Though for now, there’s one obvious choice of next-gen console in my mind, and it’s the Wii U.