I do most of my gaming on console, and I will make no apologies for that fact. Quite possibly a dangerous statement when a large portion of the gaming community are badge-wearing PC gamers, and I fully expect to get some (hopefully light-hearted) abuse for it in the comments thread below, but I can take it. Is that abuse really warranted, though?

The realm of PC gaming is something I’ve only dabbled in during my lifetime. In fact, this year I’ve only played two of this year’s games on PC (Portal 2 and a little bit of Deus Ex, in case you’re wondering), and that was only because I had no choice in the copies I received. They also happen to be the only two PC games that I’ve played in the last five years, and to be honest, I was lucky they even ran on my moderate spec laptop.

Back when I was more likely to take a punt on PC games, I found that even though my PC matched the required specifications, it would be a lottery as to whether a game would run at all. Often me being a PC gamer was totally out of my hands; I was willing, but a lot of the time, the software simply wasn’t. No amount of driver or title updates would ever be my saving grace, and even if they were, I often couldn’t be arsed with the faffing. It was here I fell out of love with PC gaming.

While others have found the success and determination to master the machinery, I’ve only ever been put off. You can argue finer points of cost and the benefits of performance all you like; the fact is that maintaining a PC capable of playing almost everything does require periodic costs and some work along the way, work that I have no interest in doing.

When I buy a console, I do so knowing that it’ll run everything I buy for it for 5-7 years, and although graphically it will eventually become inferior to PC (that sector of technology just moves quicker), for simplicity’s sake, I’m entirely happy with that. I can get near enough the same experience as anyone else without the additional work.

Arguments on the merits on either system’s control scheme are pointless, but will rage on regardless, boiling down to preference and familiarity. Yes, lifelong PC gamers might struggle to get to grips with a shooter or an RTS on console; I’ve never had an issue with either, knowing full well that I’d struggle going the other way. I, like many other people, just want to play the games in the easiest and most comfortable manner possible that suits me. I’m happy playing games how I want; you’re happy playing games the way you want. That’s fair enough, no? Not for some. 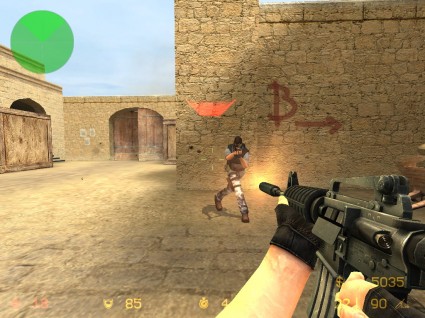 PC games are undoubtedly popular. I just have no interest in joining in.

I’m talking about the small, elitist portion of PC gamers who feel the need to sneer at anyone when they try to spark up a conversation that has a whiff of anything to do with consoles, nailing their colours to the post and stubbornly refusing to see both sides of the argument because they feel bigger for it. I’m sure that this brick wall (or at least, perceived brick wall, from my point of view) plays a small part in gamers not wanting to even dip their toes in; PC gaming can be an intimidating and confusing arena on a technical level alone, without this unwelcoming air of superiority that comes with a small area of that community.

After speaking directly to some level-headed PC gamers recently, I’ve hit some sort of a realisation. For many people, PC gaming has almost become a very hobbyist activity. Just like someone restoring an old car, the art of building and maintaining their gaming rig and bringing together all the important pieces of the hardware jigsaw becomes a very personal experience. An experience that is almost as important as playing the games themselves, and it’s easy to see why many become so passionate about something they’ve lovingly built and invested in. The faffing is part of the fun. I can totally respect that, but it’s just not for me.

Love them or loathe them, consoles exist. Their convenience makes them more popular than ever and a lot of games are now aimed at both PC and consoles. With that in mind, people have the right to play games on whatever format they like, and should be able to without condescension or derision. Playing your games on PC no longer automatically means you’re getting a superior experience, it doesn’t make you a superior being or someone of higher intellect, nor does it mean you’re part of some elite guard or the last bastion of the hardcore gamer. You’re just not.

Your preferences merely dictate that you enjoy a different set-up and a different way of life to me, and I respect that; I just don’t want any part of it. For those that enjoy the minutia of PC gaming, all the more power to you; you’re probably more dedicated to your cause that I am to mine. Just accept that some people are just happier with a pad in their hands. I happen to be one of them.