I put the Nintendo 3DS through its paces in a review shortly after it released, and determined that it was a console which showed a lot of promise, but certainly wasn’t without its flaws. Since then I’ve reached one hundred hours of play-testing, revealed by the handy inbuilt Activity Log. In this time I’ve played ten full retail releases, ranging from the superb to the downright appalling, and the console has been updated with the promised web browser and eShop applications.

Nintendo have admitted that even though the sales of the 3DS since release haven’t been disastrous, it hasn’t exactly flown off the shelves as much as they had hoped. The initial RRP of £230 was definitely off-putting to all but the richest Nintendo fans and the most dedicated trade-in credit hoarders (I fell within the latter camp), but now the console can be obtained for as little as £150 if you shop around, which is a lot more realistic.

So what’s still holding back potential punters? The number one issue is undoubtedly the games library. It’s rare for Nintendo to release a new console without some triple-A first party support, as that has always been their main strength. Yet, the first party releases for the 3DS initially consisted of Steel Diver, a mediocre submarine game, and Nintendogs and Pilotwings Resort, both making effective use of the 3D function but otherwise not differing much from previous releases in the series. Neither of these were real system-sellers. 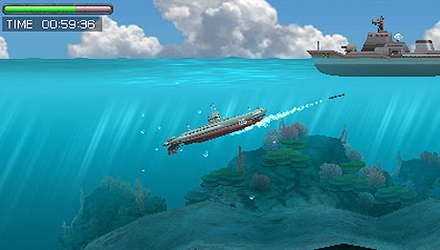 Steel Diver: Not exactly the 'depth' of gameplay the 3DS is in need of.

The third-party offerings didn’t exactly inspire much interest, either. Capcom saved the day to an extent with their excellently scaled-down version of Super Street Fighter IV, but the majority of titles were too humdrum or shoddily made to entice people to the system. Not that Metacritic is the be-all-and-end-all of video game reviewing, but visiting the 3DS page presents a disappointing majority of yellow (mixed or average) and red (generally unfavourable) scores.

Gamers are emotionally attached to their current systems, and even more so to the contents of their wallets; to encourage them to adopt a new console it’s also vital to present something new and exciting. Besides for the impressive ‘glasses-free’ autostereoscopic 3D screen, however, Nintendo really dropped the ball here. The majority of games available are ports from other consoles (Rayman, Street Fighter, The Legend of Zelda), or at least have a large proportion of content pilfered from other games in the series, just slightly remixed (Ridge Racer, Pilotwings, Asphalt).

In fact, the only truly original, high quality 3DS game so far is arguably Ghost Recon: Shadow Wars, a surprisingly involving strategy title that completely departs from the roots of its IP into a more tactical, thoughtful style of warfare. It’s been more of a sleeper hit than a blockbuster title, however, and wouldn’t suit everyone’s tastes.

As well as the quality and originality of 3DS’ current games library, many are also too light on content to justify their £39.99 RRP. Some of them are barely even worth half that. I completed Super Monkey Ball 3D and saw everything that it had to offer within three hours. Pilotwings: Resort doesn’t take much longer, consisting of only one island, unlike the N64 original. They’re very entertaining while they last, but at the same cost of a home console game, you can’t help but feel short-changed when they have little more playability than a £3 iPhone app. 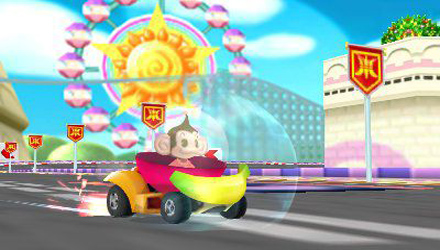 Super Monkey Ball 3D: Not quite Gone in Sixty Seconds, but not far off.

It’s not all doom and gloom, thankfully. The gameplay demos and trailers shown at E3 demonstrated a lot of promise for a bright future ahead of the console. Just a few examples that are shaping up very nicely are Super Mario 3DS, Starfox 64 3D, Mario Kart 3DS and Metal Gear Solid: Snake Eater 3D Edition (okay, we get it: they’re all on 3DS and in 3D; you don’t need to specify it in every title). These are all dependable franchises, and are almost guaranteed to deliver some of the top-notch quality that the console is in dire need of.

So the games library isn’t quite there yet, but how is the console hardware itself? Over the one hundred hours that I’ve used the 3DS for, some control issues have reared their ugly heads. The circle pad isn’t precise enough for combos in fighting games, and even though it is a step above the awful PSP nub, it isn’t as effortless to use as a normal analogue stick, so long sessions can get uncomfortable. I’m not particularly fond of the D-pad either, which feels loose and even occasionally gets stuck.

Battery life has always been a concern with the device, and regular use has revealed how truly frustrating it can be. Unless you leave the 3DS on charge constantly, if you haven’t played it for a few days then it’ll need charging when you next use it, guaranteed. The console is still active whilst it’s ‘sleeping,’ and even when fully switched off the battery still deteriorates. Additionally, with its 3-hour life, portable marathon sessions are not even an option.

On a more positive note, I’ve hardly ever experienced any eye strain from using the 3D effect, and I always have it on full. The feature definitely adds some visual flair and makes the graphics much more attention-grabbing; it can look a bit bland in comparison when turned off. My only criticism is that whereas it can sometimes aid with depth perception, too often the benefits are limited to the purely aesthetic. 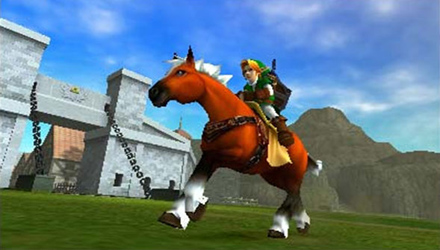 The Legend of Zelda: Ocarina of Time 3D: Looks awesome in 3D, but you'll have to take my word for it

The system’s biggest update so far, released in early June, brought a web browser and eShop to the table. The best part of the former is that it can be brought up whilst a game is suspended in the background, meaning that unscrupulous individuals can switch back-and-forth to a game guide or walkthrough… or so I’ve been told… In all honesty, unless you have absolutely no other web-browsing device to hand (unlikely in this day and age; I’m sure it won’t be too long before even my tumble dryer can check my Facebook notifications) then it’s not a great option for general browsing, as it performs very slowly.

The eShop is attractively and thoughtfully designed, and has a free remake of Excitebike in 3D to get you started; a nice bonus. Disappointingly, however, the pricing and selection pale in comparison to the bounteous dirt-cheap offerings on the Apple and Android app stores. Call me picky, but I just don’t find black-and-white ports of Gameboy Classic games a tantalising offer at several pounds each. At least there’s plenty of time yet for the range to improve, and in a clever move Nintendo have released 3D trailers of 3DS games and films, enabling you to get a proper impression on titles you have your eye on.

By and large I’ve enjoyed the one hundred hours that I’ve spent with my 3DS, and I’m looking forward to what the future has to offer. That said, the release of the console has faced several issues, and I believe most of them can be summed up with one explanation: It was rushed. 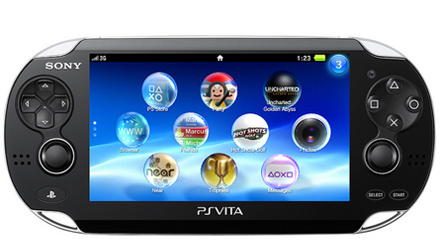 Did Nintendo see this on the horizon and panic?

Perhaps Nintendo were worried about the upcoming Playstation Vita and wanted to get a good head start on the competition. If that’s the case then their decision has come back to bite them on the ass, because the Nintendo 3DS simply did not have the software to back up a £230 console on release. Some important system features have only just been added and still need refining, but most crucially neither the first-party or third-party support was strong enough, and is still lacking several months down the line.

I have no doubt that the 3DS will slowly snowball into success, but I can’t help feeling that delaying the console until a better selection of games was ready would have let it make a much bigger impact from day one.