Christmas is all about selling the most amounts of units possible in a time where people spend more money than at any other time of the year, so why should the games market be any different?

Of course I am referring to the huge amount of sequels that appear to dominate the top selling games at the moment, I have no right to take the moral high-ground either as my recently played games involve Call of Duty Modern Warfare 2, Fifa 10, Forza 3 and Left 4 Dead 2. If I am completely honest I quite fancy looking at Assassins Creed 2 too, and suddenly a part of me dies with the realisation that I am simply playing re-hashed games. The age old argument between innovation and serialisation rears its ugly head once more.

The argument is quite different from films and sequels though where more often than not the movie sequel will be ultimately be inferior and disappointing compared to the original leaving a bad after taste and also inevitably damaging your views on the original movie along the way. Game sequels buck the artistic trend as they are usually much better than their predecessors due to technology improving at a rapid rate since the original release.

Forza 3 is a good example of this; there aren’t many people that would disagree with the view that it dramatically improved with its last offering. The sad report is that games that have showed a little imagination and innovation such as Dead Space, Mirrors Edge, Brutal Legend and Wet have come across more than a little disappointing in their sales; they under performed with regards their expectations to say the least. This could potentially mean that more and more publishers will begin to take fewer risks and instead produce fewer games and stick to the tried and tested sequel formula. 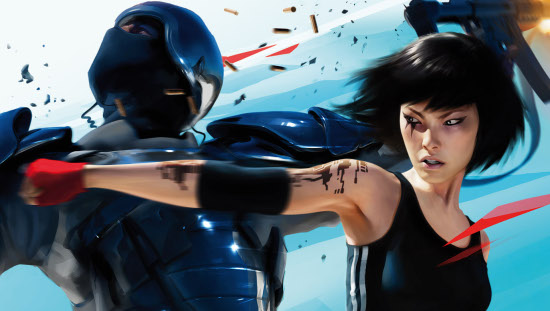 There seems to be a handful of games that hold their value, but the vast majority of games released with an RRP of £39.99 fall dramatically in price in a matter of weeks, and followers of my very own Neil’s Deals will know only to well that these games fall below £20 within 6 weeks.  I doubt that publishers can afford this for much longer, especially as the rental scene booms and gamers will gladly rent an average game for a few days before returning. Of course the, “is renting games damaging the games industry?” is a different can of worms that I will save for another day.

The truth is that the games industry like all others is a business and it is all about shifting copies of games, and although gaming is now a massive industry that outsells both CDs and DVDs the sad truth is game sales are dropping and only a small amount of titles are selling in large quantities. Sure Call Of Duty Modern Warfare 2 broke all records by becoming one of the best selling games ever but how many non sequel games can you name that have sold a phenomenal number in 2009? Even the big hits Batman Arkham Asylum and Borderlands are available for under £18.

A non gaming business man may suggest fewer newer titles and more sequels would be the answer but even franchises are starting to see a decline in sales as titles such as Halo and Guitar Hero are guilty of being overexploited.

Indie games do seem to have been given a new lease of life with the rapid growth of digital distribution which gives any wannabe games developer with a unique idea a suitable platform for release. I do wonder, as the publishers begin to tighten their belts and release fewer games if we have come full circle and once again the people with big ideas on tight budgets will bring a few surprises in 2010. However, it won’t be long until the big corporations realise this and will saturate this area of the market in the same way that they managed to manufacture ‘indie’ bands as they started to compete with boy bands a few years ago

As for sequels they are the lifeblood of any creative industry and gaming is no exception, even if you go back 25 years the very same argument was still raging, but creativity always finds a way and there will be enough games out there whatever your taste, but I suspect there will be fewer releases.

I predict we may have a golden year of unique games in 2010 coming our way and remember who told you first, but what are your thoughts on video game sequels? Are there too many? Is it damaging the industry? Let us know in the forum!