World of Warcraft and Cataclysm

2004 was a major year in the gaming industry, not only for other major releases, but for the one and only World of Warcraft. This game was released upon the masses of Warcraft 3 fans, and today is the highest grossing massively multiplayer online role-playing game in existence.

In 2005, the next expansion “The Burning Crusade” spawned even more critical acclaim. This, in itself, was a major event. It proved that Blizzard could retain their loyal players as long as they maintained the fidelity of their first two parts of WoW (World of Warcraft, Burning Crusade).

The next expansion, “Wrath of the Lich King” came out in 2008. Blizzard took a huge and risky step in this movement. Not only did they implement the new class named “Deathknight”, but they added many more casual elements to their already hugely successful game. This paradigm shift not only catered to a wider audience, but reinforced the casual player’s allegiance who had already been playing the game.

Now, after years of drying up gamer’s wallets, Blizzard has their latest addiction, Sorry, I meant addition… to World of Warcraft, slated for a release later this year. This is currently known to be called “Cataclysm”, and features a world ravaged by Deathwing (The game’s main enemy). 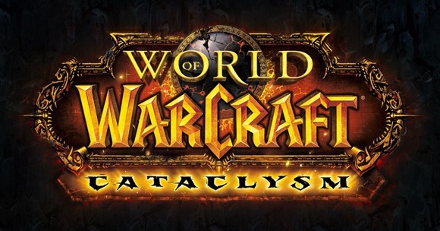 Anyway, enough of the history lesson.

Cataclysm features some very different changes that players will not be used to. To name some of these: You won’t be venturing into a new world (You will be revisiting Azeroth), the level cap has been increased only five levels instead of ten, rated battlegrounds and much more. Some would ask: Is this too much to handle for each and every World of Warcraft player? Everyone wants success, but in order to be even mildly successful in World of Warcraft you have to spend days of playtime on end.

I realize that the casual elements Blizzard implemented in Wrath of the Lich King were made to cure this, but I can’t help but think that while things may have been scaled down across the spectrum, crossing into different areas of the game is the most time-consuming part about it. In layman’s terms; this will actually end up making players spend more time on the game, rather than their envisioned goal of making the game more accessible.

When you think of MMO’s, you instantly think of World of Warcraft. The genre is saturated by the game alone. I love World of Warcraft, and I honestly believe it will always be here. Blizzard makes sure of that every time they release an expansion. When I look at the feature list for Cataclysm though, all I see is a trap for people who like to casually game. A few of my friends began playing World of Warcraft, and their social lives deteriorated in the process. This expansion is going to turn casual gamers into “hardcore gamers”. While that would normally be fine, it’s for all the wrong reasons, and it’s for one game.

Furthermore, I think that the prospect of going up against the big WoW is a frightening prospect for most game companies. Age of Conan had a large budget and it is faltering under the behemoth that is Blizzard. I use that as a prime example, but there is a large list of MMOs that Blizzard and World of Warcraft have, if not demolished completely, hurt the sales and upkeep of.

In conclusion, World of Warcraft has brought a lot of things to the table. After dinner however, it seems to steal away things that are impossible for players to get back such as time. Don’t be fooled by Blizzard’s new ‘casual’ approach. If you think you can handle your time in a professional fashion, it’s a great game. If you can’t, I’d suggest you stay away from it; especially when Cataclysm hits store shelves.