Xbox One: The Good, The Bad and The Ugly

To be an early adopter of any console will label you a fool in many people’s eyes. Traditionally, early buyers seem to end up paying an inflated price for a buggy device (all 1st gen consoles are), only to look on in horror as they are later superseded by a smaller, better version of the exact same console in 10 months’ time.

Despite this, there are always a foolish few that rush in despite the known risks, and this is where this Xbox 360 user begins his premature upgrade. Despite being one of the accused, the defence of my crime involves the guise of, “it’s for This Is My Joystick, honest guv.”

It is somewhat ironic that since E3 we have been led to believe that the PS4 is technically more capable and better-optimised for gaming, whereas the Xbox One wants to be your everything; the device that will happily run your TV, Blu-rays, streaming, music and yes, even your games too.

Fast forward a few months and the ‘ultimate gaming machine’ PS4 actually has less exclusive titles than the so-called ‘media centre’ Xbox One. However, if history has taught us anything it’s that only a fool would judge any console on the release titles only.

The truth is that it takes at least 6-12 months before the really good stuff arrives in our living rooms, and deep down we all know this, despite falling for the usual marketing campaigns at E3 where we all gasped at Killzone: Shadow Fall, Killer Instinct and Ryse: Son of Rome. As a result, in November 2013 we are left feeling a little… meh.

In truth, nothing could ever live up to the hype of the last six months, and the cliché of ‘build it up and knock it down’ does nothing but provide struggling publications with an excuse to make even the smallest of stories out-stay their welcome.

The Good
The Xbox One really has set out its stall as ‘everything under one roof’ in its quest to dominate the average living room. Any media you can throw at the Microsoft console will be swallowed up with a gratifying gulp, but many will be left asking “what about the games?”. You have nothing to fear: When you score that beautiful screamer of a goal in the 90th minute on FIFA or that kill-streak in CoD or Battlefield, a simple statement of “Xbox record that” will ensure that the moment is secured forever.

For tech geeks thatwant more than just a games console, this bad boy will keep you quiet for some time. You will probably not even look at a game for your first five hours as you check out the full extent of the much-improved Kinect system, which no longer requires a living room of a large American home and has a long list of voice commands that will change the way you operate your console. Four days in and I admit that I still feel a dick saying things like “Xbox on” and “Xbox snap” and I do get strange looks from my wife, but I’m putting this down to being ahead of my time as “everyone will be doing it in the future,” I tell myself.

The redesigned controller looks and feels much better, and although some have revealed problems with the bumpers, once you have adjusted your technique it soon feels much quicker and more natural.

Being able to Skype on your TV, do two things at once via the new Snap feature, record those unique gaming moments and personalise your home screen make this the perfect console for anyone interested in technology, and you may feel liberated by being able to multi-task and do whatever takes your fancy.

The Bad
There is a great deal of excitement about the Xbox One and its crossover HDMI connection to your sky or cable TV box, where your TV and gaming is now an integrated experience.

As with anything in life, there is always a catch. In this case, it doesn’t take long until you realise that once your TV programming is controlled by the Xbox, you can run into real-life problems.

With no passive signal, if your Xbox One is powered off, you can’t watch TV any more. If you turn on the power of the Xbox One, you could end up caught up on a typical Xbox required upgrade cycle which could take up to five minutes. Although this is fine if you want to play a game, it really isn’t cool if you just want to switch on your TV for something to watch in a hurry. So for this reason you are probably best avoiding the connection to your Sky or cable package if you have someone at home who is a technophobe. Otherwise expect a phone call when you are at work saying, “I just want to watch the bloody TV but its updating something!”.

Your Xbox One console may come with a rather cheap-looking headset, but if you want another you’ll have to shell out about £25 for Microsoft’s official Xbox One chat headset. Sony, on the other hand, have included a standard 3.5mm headphones jack, so any standard headset (including your nasty iPhone earphones, for example) would suffice. 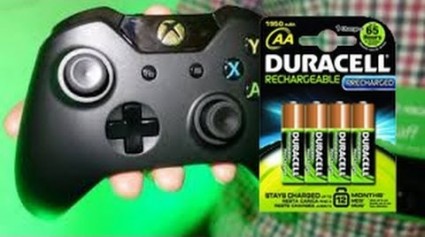 Possibly the biggest downside of spending over £400 on an Xbox One is discovering you still need to purchase two AA batteries. If you want to buy a controller with a lithium battery and a micro USB cable, it will set you back a small pot of gold, which leaves you feeling a little pissed-off considering the PS4 is cheaper and comes with a lithium battery in the box.

Xbox 360 users that like to watch a video from a USB flash drive will be left disappointed on upgrade day, because this feature is sadly missing on launch; but hopefully this will be rectified in a future software update.

I had similar issues with not being able to stream video from my PC. On the 360, you simply browsed to your PC for content, but the only workaround I could find was by using Windows Media Player 12 on a PC and using the “Play To” option, which sent the video file to the Xbox One.

All this, of course, is because Microsoft doesn’t want you watching dodgy downloads from your PC, and would rather you depend on their own smörgåsbord of entertainment offerings on the store where you buy, rent or subscribe to content of your choice. Considering how sophisticated most gamers are with technology, I wonder if I Microsoft have alienated some of the audience who take many of these features for granted. Before I paint too much of a bleak future, I am sure that this and much more will be added via software updates in the very near future, but it doesn’t stop you feeling a little disappointed when you unbox your new console.

The new Xbox reputation system seems to be shrouded in secrecy as the previous 5-star grading system has been ditched. The majority of members will start afresh at the ‘Good’ player level, which is a handy amnesty to former trolls, or should I toe the party line and say it will give certain gamers an opportunity to make a fresh start.

With it being a social multimedia machine, it’s a little disappointing to see that the ‘players you met’ feature has disappeared from the Xbox One. After an epic 120 minute 4-4 FIFA 14 match, I felt compelled to message my opponent with a “well played, great game” comment, but as this option has disappeared I will never get to build a relationship from this chance encounter.

The Ugly
This beast of a machine holds a lot of power, and even the most hardcore Microsoft fanboy would admit that the Xbox One is never going to win any awards for beauty. It has been likened maybe one to many times to an early 80’s VHS video recorder; but hey, at least it doesn’t look like a Betamax, right? 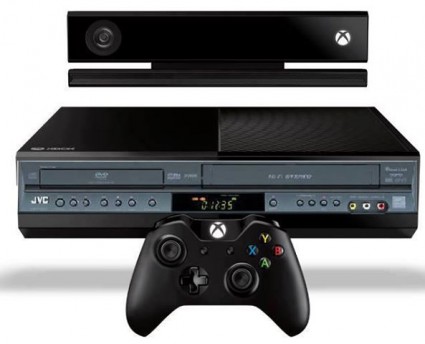 The VHS gag that won’t die.

Overall
There are a few little niggles that will annoy existing Xbox 360 users who are upgrading, but I am confident that any concerns will be resolved over time through software updates.

Do you need to upgrade before Christmas? Of course not; the Xbox One needs time to evolve and improve as the developers begin to unleash the true potential. I know this, but it didn’t stop me from buying one and it probably won’t stop you either. We all know that a good console on launch will quickly become a great console in time.