Last weekend saw the return of BAFTA’s annual Games Lecture, with this year’s speaker being Hideo Kojima, the creator of such franchises as ZOE, Snatcher and, of course, Metal Gear Solid.

Hideo had a lot to say on the current state of the industry, the way that he designs games and his ideas for the future. So let me give you a run-down of what was discussed at last nights event.

After a brief introduction (for a man that needs no introduction) the first topic covered was Kojima’s satisfaction with today’s technology and games consoles. Unsurprisingly, Kojima has huge ambition when it comes to what he wants out of a console. It would appear that, even after 25 years in the industry, Kojima’s original game idea, the game he played in his mind, has still not made its way into people’s homes. He claims that his ultimate goal is ‘total immersion’, with the game affecting all senses. Trust Kojima to dream big but thankfully the rest of the talk was more centered on the reality of game development.

I say reality, but this is Kojima’s reality. This is a man that has near total control over the design, development, story and characters of all of his creations. He explained that it’s very common in this day and age to have these disciplines and responsibilities divided between several team members, but not for Kojima.

With near total control over his projects, it was asked if he considered himself something of an ‘auter’. ‘I guess’ was the response, though he went on to say that he’s something of a dying breed, claiming that his generation are likely to be the last to have such control over the development of games. I’d have to argue that a certain Suda51 (to name but one) would disagree. Having said that, he did admit to considering ‘outside expectations’ and that he used teaser trailers to gauge reception, which sometimes lead to slight changes in the game’s design. Still, it all boils down to Kojima having the final say on his games. 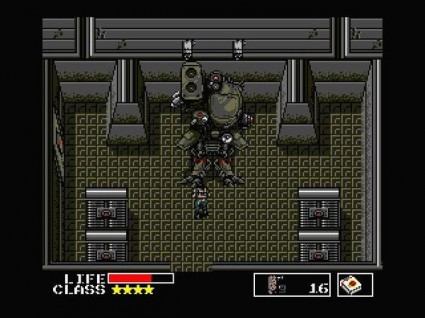 Speaking of his own games, the lecture soon revolved around talking about his previous successes. People were keen on getting his thoughts on the characters, particularly the female ones, that he’d created. Kojima stated that the female characters he’d created were his ‘fantasy’, that he’s always been attracted to (not in that way) female characters who are strong and intelligent, claiming that female scientists, business leaders and politicians were his inspiration. He found it somewhat ironic that the only character he based on his real-world experiences proved to be unpopular. It would appear that ‘Rose’ proved to be too ‘real’ and ‘needy’, which disgruntled a number of fans.

Other areas of Kojima’s games that came under discussion was the length. He was quick to say he realised that most people won’t sit through a game in a single sitting, so it’s important to implement natural break-points. With Kojima’s games often containing cut-scenes which could last for upwards of 30 minutes, I had to laugh to myself just a bit. Perhaps it’s those mandatory installation points that are the way forward. 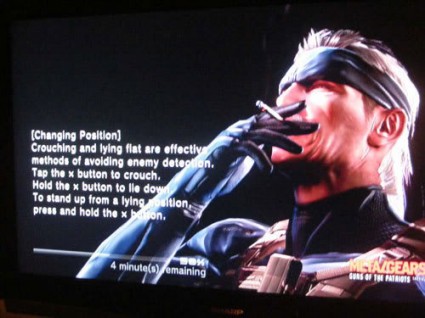 Carrying on with looking forward, people wanted to know about the next instalments in the Metal Gear series. Rising is set to be released very soon (February 2013) and according to Kojima, so maybe there’s a touch of bias there, it’s shaping up to be fantastic. Which is just as well for Platinum games, who have been trusted to develop the Raiden focused action game. When asked why it is that Platinum were given the task it was explained that ‘it just made sense’. Looking at the set-up of a cyber-sword swinging ninja teamed-up with developers who have shown a real knack for action games, it’s hard to argue.

When asked if there were possibilities for any other outsourcing to occur, it would only happen if the story, the character, the game and the developer all lined up as perfectly as they have for Rising.

A game more directly under the control of Kojima is the recently announced Metal Gear: Ground Zeroes. A slight change of pace for the Metal Gear series, this open-world stealth adventure is looking amazing thanks to the newly developed ‘Fox Engine’. It’s clear that a lot of money is being poured into this new project, with Kojima admitting as much that Konami are more than happy to fund Metal Gear projects more than any of Hideo’s new, original ideas. Hardly shocking or surprising.

Another hardly shocking revelation is that Kojima spends a great deal of time watching movies and is inspired by a whole range of films, so being invited to talk at BAFTA was an ‘honour’. Of course, the only movie people wanted to talk to Kojima about was the recently announced Metal Gear movie. Kojima failed to think of any good video-game movies, with the only praise he’d give going to the Tomb Raider films, claiming they ‘did well, sales-wise’. Hardly glowing but Kojima was keen to talk-up the Metal Gear movie (surprising, I know) claiming that he’s involved in the process and is going to do his best to ensure it’s not a stinker.

We all know that Hideo started off with ambitions of becoming a film-maker himself, though he claims he’s happy making games and until he’s created his dream vision, he’ll carry on doing so. The talk wrapped up by showing the audience a trailer for ‘Ground Zeroes’ and it’s clear that Kojima still has a talent for making games that ooze cinematic quality. It seems that cinema’s loss was our gain.