‘From the creators of Left 4 Dead’. If you’re anything like me, that’s pretty much all you need to hear to become excited about an upcoming game. Evolve, which is brought to you by the people who made Left 4 Dead(!), is an upcoming 4 Vs 1 multiplayer shooter coming out for PS4, Xbox One and PC.

If that’s not enough to interest you then the recently released 8 minute video of a match being played should help.

I have to say that I’m really looking forward to Evolve. One of the coolest gaming moments of the last few years was being able to play as a Tank in Left 4 Dead and simply mowing through an entire team of survivors was too much fun. This looks to take that idea and stretch it out across an entire game. Think along the lines of the original Predator film, but this time the humans are a little better equipped though nowhere near as cool.

We’re promised plenty of maps, plenty of strategy and a range of different monsters to play as. If there’s a button that allows your character to scream “Get to tha choppa!” then we’d be looking at a definite classic. As it is, it’s surely something to keep an eye on. With a rumoured release date of September, this could be the reason to get a new console or upgrade your PC (should you need to).

I tweeted Turtle Rock (the developers) about a minute ago, asking if Carl Weathers would appear in the game. They’ve not responded yet, so we can only assume that means ‘yes’. 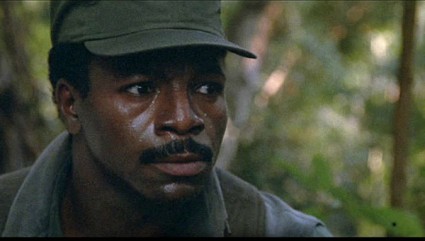