In Godsrule, players are in charge of leading their fierce armies into battle, as well as managing their empire. To prevail over competitors, players must dominate contested territories, collect scarce resources, expand their land, and slay their enemies with powerful units and magnificent spells. After choosing between two rival factions, players create their own clans and battle for contested territories, each holding valuable rewards and the true taste of sweet victory.

Godsrule allows players to experience the same persistent world via browser and the iPad. This allows them to team up with their friends in battle, train units and manage their empire from anywhere at any time.

Choose your destiny
Select the Faction that is right for you, then build and shape your dynamic, persistent world. Then train your armies and craft your spells to prepare for battle.

Conquer foes in real time
Take-on your enemies and battle with other players in real-time PvP combat. Upgrade and customize your army as you progress, and join the community for clan battles, resource trading, and community events.

Play any time, anywhere
True cross-platform gameplay allows you to play on your PC browser or on-the-go on your tablet. PC and tablet players can all play together; there’s no separating the epic fun. 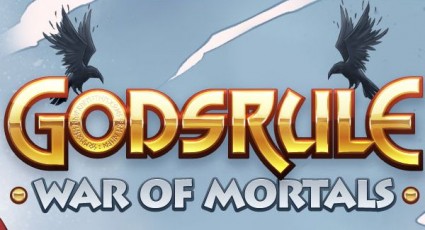 We have teamed up with SEGA and can offer MMO fans here at This Is My Joystick access to the Godsrule: War of Mortals closed beta programme!

There will only be 5000 closed beta accounts given out to the public, so get in fast. This is My Joystick players who register for the closed beta will receive 300 free Orbs when they first log in, and as is only runs for the next 10 days, make sure you make the most of the offer sooner rather than later.

All you have to do is click here to enter the Closed Beta and let us know what you think of the game by commenting below.