During the week of E3, Nintendo brought the upcoming Super Smash Bros. to Best Buy stores in the US and I was able to spend a few minutes with both the 3DS and Wii U versions. I’m not sure whether to call what I played a demo or an early build because each version had twenty playable characters, eight stages, and multiple modes.

For a game that is at least six months from release, it looks and plays amazingly well.

Nintendo announced a few additions throughout E3 and also live-streamed the Smash Bros. Invitational so fans had a lot to enjoy that week. Some of us were lucky enough to try it out for ourselves. It wasn’t as great as having a demo to download at home but it was still a great way of letting Smash Bros. fans take part in the E3 festivities. 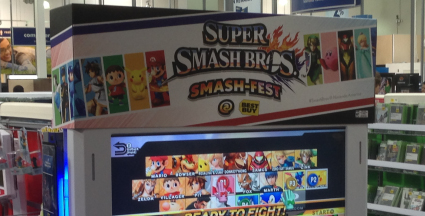 Super Smash Bros. for Wii U at Best Buy store

The event I attended was nothing more than a coordinated, limited demo at an electronics store and yet some people waited in line for three hours to get their hands on the Wii U version. When I arrived and saw the line, I went straight to the front to try to watch others playing. Surprisingly, the 3DS version was there and the line was much shorter.

I was surprised to see twenty characters available, though. The latest announcements from E3 were not present but newcomers Mega Man, Little Mac, Wii Fit Trainer, and more were. I chose Mega Man for a  two player Smash battle and I came away very impressed.

I’m used to playing on a regular 3DS so the combination of a 3DS XL and figuring out the new controls made it a hectic experience but it runs great. If you’ve played the Kirby Fighters mode in Kirby: Triple Deluxe you know what to expect, except with much bigger stages and many more characters.

Mega Man felt like Mega Man and there was a huge smile on my face every time I used the Mega Buster. 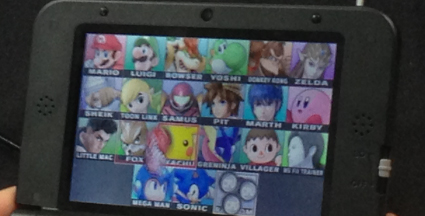 Although it was an option in the version I played, I did not get to try out Smash Run but other people at the event seemed to enjoy it. From what I saw it seems like a mini-adventure mode, which sounds perfect for a handheld.

One thing I had not thought about until I had the 3DS version in my hands was what the 3D would be like. I really liked the depth it added to the level and it made the stage feel even bigger. Overall, this version looked really good and much less comic book-like than I expected it to. More importantly, it ran smoothly and felt like Smash Bros.

I had reservations about Super Smash Bros. on 3DS but it feels like the real deal and I can’t wait to get my copy in October. I would happily buy what was on display, so to think that there will be a lot more content in the final version is pretty exciting.

After getting a taste of the 3DS version, I was willing to wait as long as was necessary to play on the Wii U. 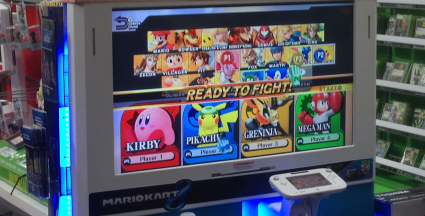 I’m not the most technical Smash Bros. player so I can’t really talk about gameplay nuances from my two minute demo; I didn’t even pick any of my go-to characters and instead went with Wii Fit Trainer. Again, I was trying to get used to the character’s move set, but this time there were four of us on-screen so after a few seconds I stopped worrying about how to play and just enjoyed myself.

Ladies and gentlemen: Smash Bros. is back and it is beautiful!

I don’t know what more to say other than it’s visually fantastic and it’s great to finally see the franchise in HD. There was a lot going on so I couldn’t appreciate all the details of the stage but everything looked as good as you’d hope after the likes of Mario Kart 8 and Super Mario 3D World.

As with the 3Ds version, it’s definitely Smash Bros. and none of the new characters feel out of place. Wii Fit Trainer felt slow yet precise and was, ultimately, very silly. I definitely look forward to playing as her again. 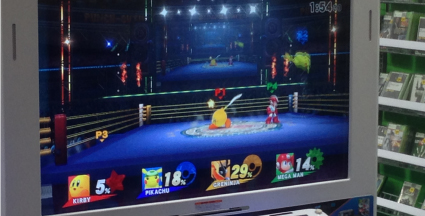 So even at this early stage, we’re looking at a very polished game on both platforms and, with a “Holiday” release planned, I’m sure there will be a lot more content added. The version I played didn’t even include Palutena, Pac-Man, or the Mii Fighters, which were all announced at E3, so even after just a short go, I can’t wait to see how much things progress between now at release!