You knew this day would come. LEGO are about to make a million people scream ‘take my money’ as they have announced they’re entering the highly profitable toys-to-life market with LEGO Dimensions. Toys-to-life is just the fancy way of saying ‘buy physical goods to unlock things in your digital games’. It’s also a fancy way of saying ‘we’re gonna be rich’.

As with all big announcements in the world of video-games, we found out about LEGO Dimensions thanks to a leak. Pre-planned PR campaigns be damned as the fine folk over on Reddit got ahead of the game, quite literally, and spilled the beans early.

The initial pack will come with the game, a portal to place your mini-figs on and will come with 3 of the aforementioned mini-figs. Batman, Gandalf and Wyldstyle (from The LEGO Movie) are in the bundle, which is great enough, but what this shows is really exciting.

The fact is that most (if not all) of the already wrapped up licenses that LEGO have – Jurassic Park, Harry Potter, Star Wars, Back to the Future, etc – can now appear in the same game. Together. One giant nostalgia mish-mash of LEGO goodness.

One large stumbling block (tee hee) is the price. Coming in at about £100, this seems like a fairly steep price in what is a competitive market. Skylanders and Disney Infinity have a head start on Dimensions, so it’s going to be interesting to see how they manage to convince people to fork over the money to get involved in yet another game.

Then again, being able to play as Marty McFly as he runs through Mordor with Chewbacca as his sidekick would be pretty cool… 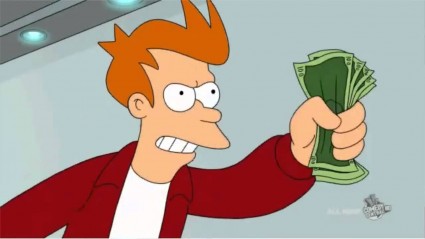