Sequels to long-established franchises, go take a hike! What we have here is something new, something fresh and something that I’m not clear on.

Keita Takahashi, the creator of the brilliant Katamri Damacy series, has gone and announced a new game. I’m excited for it despite not knowing what it is, how it plays or what it looks like. So bear that in mind when I tell you ‘it’s going to be fantastic’.

The name of the game is Tenya Wanya Teens and much like everything else to do with this game, I have no idea what that means.

By all accounts it’s going to require, or come with, a controller that has 16 buttons on it. The game’s meant to be;

It seems like it’s still early in development, with the team not too sure on how to get the 16 button custom controllers into the hands of buyers. You can see why, as a prototype of the controller is seen here; 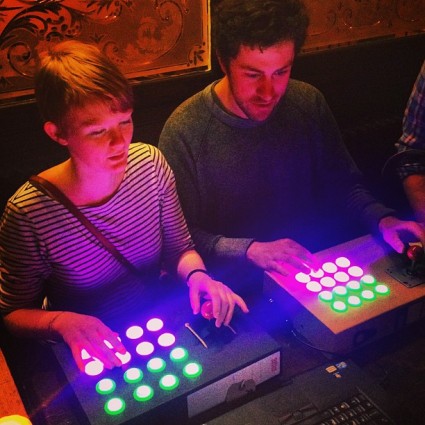 I’d really love to see this come to home. Even if it doesn’t arrive with a crazy controller, the soundtrack will be mad enough to make up for it with Katamri’s composer, Asuka Sakai, in charge of the music on this one.

Why is that a good thing? Take a listen to this.