The Vent: Why Are We Waiting?

You know what’s getting me vexed recently? Release dates. Forever changing, ethereal things that can be absolutely set like concrete one minute and then change the next. As gamers we are forever at their mercy.

I understand a few of the reasons games get put back, but none of them are much consolation to those of us who have to save up for our brand new copies and pre-orders. The level of disregard in this field is staggering across the board, with setbacks of 6 months now commonplace and developers content with saying ’2013′ or ‘Coming Soon’ and releasing a screenshot every month.

In any other industry this would spell almost certain failure. I used to film and edit wedding videos, where time was massively of the essence. No-one wants their wedding DVD a year later; it essentially drags the whole thing out. Due to some personal problems it took me 8 months to finish my first wedding job and the only reason I still got paid was that the client was a friend. I was lucky to get the money I did and even luckier to get any more business afterward. I quickly realised I didn’t have the drive or the attitude to match the turnaround people expected and promptly stopped taking wedding jobs. I simply got out of there; it wasn’t for me.

The same goes for most industries; plumbing, joining, building, printing, graphic design. If you called a plumber and when asked when the job would be finished they said ’2013′ you wouldn’t hire them. You’d find someone who could give you a solid estimate. Yet we regularly take it from developers because we have no other choice.

I’m currently jobless and am therefore reliant on the measly £55 a week the government reckons is enough to live on. Buying a brand new game for me usually involves saving up for at least 3 months, as some of my money goes on cigarettes, going out, getting buses; you know, living.

So when a game gets put back six months for no explained reason it’s a kick in the teeth for me. I could have been enjoying myself for the past three months but no; I wanted the game so I missed out on numerous gigs and nights out with my mates to save the money. Now my game won’t be dropping onto my doormat until fucking Christmas and I’ve got a chunk of money sitting in my bank and nothing to spend it on.

The reasons given for delays and setbacks are often vague and pathetic. My favourite is ‘We want to fine-tune the mechanics and make it the best game it can be’, usually said before a game full of bugs, glitches and broken mechanics is released. It baffles me that games which have had 6 months or more added on to their originally projected development time still end up shoddy and broken. 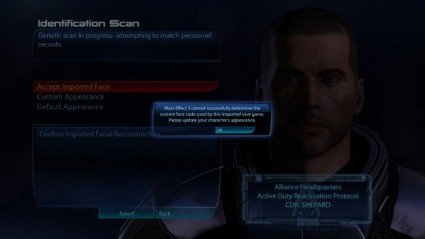 Mass Effect 3 was delayed twice (I think) and ended up shipping with the mother of all bugs. I think we all know to what I am referring. Millions of series-long fans were left speechless as they were denied the ability to import their Shepard. The face they’d been staring at for the best part of 200 hours, the man or woman they’d led through a stellar career of saving the universe, cheating death and engaging in some of the best sci-fi storytelling since fucking Star Wars. Bioware’s epically shit handling of the situation not withstanding, the fact is that even with months more of development time they managed to let a monumental fuck-up get past the gate.

So what can we do about it? Nothing, really. If we start winging about shifting release dates devs will just stop giving us them and we’ll be stuck with the ‘Coming Soon’ bullshit across the board. If we make a point of wanting release dates, which seems to be the current feeling, then we’ll continue to get vague estimates that are often almost certain to change at any given time.

The fact is, developers couldn’t give a shit if we have to wait for a game; they know that as long as they market it right and drip-feed us enough juicy screens and gameplay trailers, come release day we’ll part with our cash and buy the fucking thing anyway. We are slaves to the bright lights of video-games because we love them. We love our stories, our experiences and our immersion. We go nuts for new ideas, new ways to play and fresh worlds to get lost in. It’s our hobby, our passion and our culture. No matter how long we have to wait, we’ll always go mad for a new game if it’s good enough, and they take advantage of that like kids in a sweet shop when mummy isn’t looking. What saps we are.

Just on a personal note, what the hell is up with Telltale’s distinct lack of any release dates for their brilliant Walking Dead game series? Imagine if they did that with the TV show: the next episode of The Walking Dead… coming soon. We’d just have to sit and wait and hope we’re free to watch it when it’s on. If episodic content is going to take off they’re going to need to start treating it like a TV show.

Of course releasing them weekly would be a bit much, given the small amount of free time many gamers get these days, but once a month would do. Failing that, just a release date would be nice. I’ve usually got leftover MSP because despite everything costing either 400, 800, 1200 or sometimes 1600 points they still feel the need to sell them in sets of 2100 and 4200. What I’m sick of doing is letting them sit there waiting for the next episode of The Walking Dead when there’s some other cool shit on XBLA that I could buy.

I’ve now bought I Am Alive (which I dislike), Alan Wake’s American Nightmare (which I prefer to the full game) and Shank 2 (which is kicking my arse so hard it’s like Dark Souls all over again, except with responsive controls) simply because I’ve had leftover points and got bored of waiting for Telltale to finish the next episode. Get it sorted.