XCom FPS could now be a squad-based shooter

2K Marin’s re-imagining of XCom as a First-Person Shooter has had a rough time.

First it gets announced, but seeing as it’s a first people shooter, the fans of the original series are upset. Then it starts to look quite promising, with a unique setting and a cool looking oil-monster-thing (actual name) to battle with. Only it then gets delayed, which upsets yet more people.

Now a leaked survey suggests that the game’s getting rebooted as a squad-based, third person shooter. Has this game officially managed to upset everyone now?

The leaks come from Kotaku and point to a survey which asks questions about a ‘new’ game which looks amazingly similar to the XCom being shown previously. This has led to the speculation that the game’s not strictly new, but is instead a new version of the XCom shooter we’ve been shown before.

Questions within the survey suggest further changes, as the blurb only talks about Playstation 3 and Xbox 360 versions of the title, leaving the PC strangely absent from the list. Another interesting deduction being drawn from the series of questions is that it could even be a downloadable game, with survey-takers being asked how they would feel if the title was a $30 digital-only release and not a full $60 boxed product. 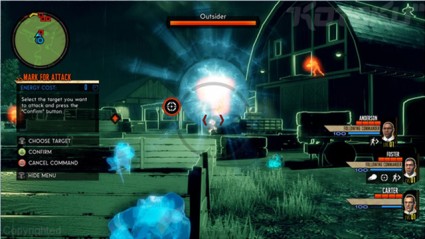 Hopefully this is the final chapter in this game’s rather sad development. From the initial negative reception, during which the original XCom’s creator claimed the shooter’s existence was ‘a shame’, to the huge delays that followed, this title has been plagued by bad luck, management and PR.

So it all seems rather sad, like 2K are making the best out a bad situation. Better release a cheap digital only title to recoup some of the money spent, rather than nothing at all, right?